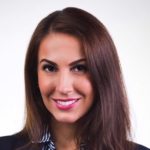 This report revisits the spring 2007 crisis in Estonia, centred on the World War II memorial known as the Bronze Soldier statue. The crisis is well-known both in Estonia and abroad. It was one of the first wake-up calls to the cooling of relations between Russia and the West. It also involved the first use of wide-ranging cyber-attacks against a state.

New sources have made it possible to connect some dots and shed some light on actions that 13 years later we would call ‘hybrid’. Our report should be useful for anybody interested in Russian affairs and in Russia’s modus operandi for influencing events abroad—especially decision-makers, think-tankers, journalists, academics and students.

In addition to an overall timeline of the events and an examination of their historical context, the report offers:

What occurred in Estonia in 2007 would now be called a hybrid attack, or the materialisation of hybrid threats. The different interpretations of history by Estonians and by Russian-speakers created a division in Estonian society that was used to sow discontent. The crisis was fanned by the coordinated use of diplomacy, social and traditional media (and what now would be called fake news), economic pressure and—for the first time—cyber-attacks. The only dimension of state power that was not used was military force.

Download and read the full report: The Bronze Soldier Crisis of 2007: Revisiting an Early Case of Hybrid Conflict (PDF)