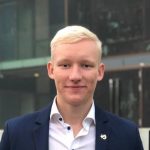 Until recently, the Russian Orthodox Church was a subject that interested few outside expert circles. That dramatically changed in late 2018 when the Ecumenical Patriarch of Constantinople granted autocephaly (independence) to the Orthodox Church of Ukraine. The reverberations of this decision — religious, political and geopolitcal — underscore the importance that the Church once again plays in Russian policy.

In this report, we consider the role that the Russian Orthodox Church has played as an adjunct to an imperial policy stretching back over many centuries. Today, the Russian Federation has a secular constitution. But as much as in tsarist times, the Church regards itself as one of the pillars of Russia’s political order. As much as in the time of Catherine the Great, it is also a protagonist in its wars of identity and the rewriting of the history of former imperial subjects whose experience of the relationship between church and state is different from Russia’s. This diversity is well brought out in the report’s two case studies, Ukraine and Estonia. In both countries, local Orthodox churches embodied distinctive cultural traditions and values  until they felt the full force of Russian control, tsarist and Soviet. Since 2014, Russia’s hybrid war in Ukraine has revived many historical controversies. It also has raised entirely new security concerns about the borderline between faith and politics. These concerns are summarised at the conclusion of the report, which closes with a section on policy recommendations.