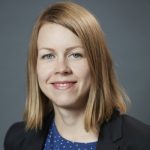 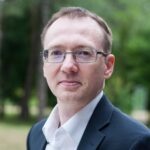 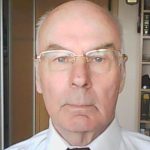 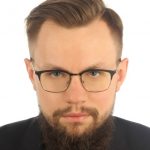 Impact of the 2018-19 Election Cycle on Energy Security and Climate Policies in the Baltic states, Poland and Finland.

By coincidence perhaps more than design, the ‘winds of change’ in the twelve months between autumn 2018 and 2019 ushered in new governments—whether through national elections or through coalition reshuffling—in five Baltic Sea littoral states: Finland, Estonia, Latvia, Lithuania, and Poland. Yet, amidst sometimes rather turbulent domestic political debates, one key cluster of topics was virtually absent: energy security and climate policy. With the vital exception of Finland—a state with a relatively strong Green movement and long tradition of climate and environmental activism—no country saw climate or energy security targets raised as key campaign issues. To the extent that energy security and climate topics were mentioned at all, they either were minimized due to parties’ fear of alienating key voting blocs (as with the coal mining sector in Poland), confined to energy stakeholders and technical audiences due their complexity (as with electricity desynchronisation in the Baltic countries) or completely assimilated into a cross-party foreign policy consensus (as in the universal opposition in Lithuania to the Astravyets nuclear power plant project in Belarus).

While domestic factors—including perceived national interests in ensuring energy self-sufficiency—contributed to a serious case of policy inertia, small and interconnected countries do not of course exist in a vacuum. Accordingly, international factors—from the continuing use of energy policy as an instrument of geopolitical power by Russia, to the growing consensus in the EU in favor of more ambitious climate targets—have done more to raise the salience of these issues, especially after the von der Leyen Commission took office in Brussels at the end of 2019 and put forward the so-called European Green Deal. These exogenous factors have finally, for instance, triggered a broader reassessment in Estonia of that country’s rather leisurely planned phase-out of oil shale power generation, while pushing political leaders in all five countries at least rhetorically to embrace the goal of a carbon-neutral future (albeit with considerable differences in timelines and methodology).

Amidst a volatile international economic and geopolitical context that—since the time work began on this report—now includes a major global pandemic and a dramatic fall in fossil fuel demand and prices, the region’s political and economic leaders clearly cannot count on being able to make their policy selections in a vacuum. While the goal of an integrated regional energy market is closer than ever to being achieved, regional cooperation still has much to be desired; differing attitudes to issues both technical (e.g. harmonising natural gas regulations, which has left Lithuania outside a new regional market) or fundamental (importing third-country electricity generated without regard to EU climate or pollution standards) leave all five countries less able to respond to challenges ahead.

While the region’s countries have largely relied on Brussels to broker compromises (often with the help of considerable funding), in a post-pandemic world, both the political bandwidth and financial resources will likely be constrained. In its country sections, this report captures a valuable snapshot of the relative inertia as well as the degree of evolution of the energy and climate policies of the five countries in the face of that year’s fairly calm international context. Given the significant economic, human, and political changes underway as a result of the pandemic, however, it is an open question to what extent the region can weather the far more turbulent times ahead. The political and societal willingness to pursue the energy transition to a carbon-neutral future through new—more ambitious and certainly more expensive—energy and climate policies as a response to the climate emergency will very much depend on how the impact of the pandemic plays out globally, in Europe and in the Baltic area. It will also require strong leadership from a new generation of political, business and societal leaders able to see green recovery as a major opportunity for their nations in terms of economic development, social welfare and national security.

Download and read: Winds of Change, or More of the Same? (PDF)