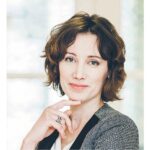 The countries of central and eastern Europe have often worked together politically and militarily to advance their security interests vis-a-vis NATO. They have been most successful when they have had a clear goal, such as joining the Alliance in the late 1990s and early 2000s or ensuring that NATO would adopt robust enhancements to its deterrence posture following Russia’s aggression against Ukraine in 2014.

In the seventh of our series of policy briefs intended to shed light on some of the issues related to the Alliance’s further adaptation, Justyna Gotkowska of the Centre for Eastern Studies argues that regional cooperation has given way to efforts to enhance bilateral relations with NATO’s larger Allies. But recent developments in Europe’s security environment and security thinking require the central and eastern European countries to step up their cooperation and to make sure that their voice is heard in NATO and the EU.

Download and read: Regional Cooperation for a Stronger NATO

No.4: Mārtiņš Vargulis of the Latvian Institute of International Affairs looks at how NATO has responded since 2014 to the threat from Russia to enhance deterrence in the Baltic region, and proposes what more needs to be done to ensure a credible deterrence posture.

No. 5: Robertas Šapronas examines the challenges facing the Biden Administration in its efforts to rebuild the transatlantic relationship and America’s leadership of NATO.

No. 6: Kristīne Rudzīte-Stejskala of the Ministry of Defence of Latvia describes NATO’s burden-sharing debate and offers some new approaches