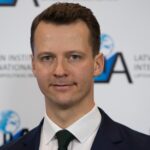 After Russia’s illegal annexation of Crimea and aggression against Ukraine in 2014, NATO put renewed focus onto its primary task of collective defence and deterrence. It has taken several important steps, but it would be a mistake to believe that NATO’s deterrence posture in the Baltic region is complete.

In the fourth of our series of policy briefs intended to shed light on some of the issues related to the Alliance’s further adaptation, Mārtiņš Vargulis of the Latvian Institute of International Affairs looks at how NATO has responded since 2014 to the threat from Russia to enhance deterrence in the Baltic region, and proposes what more needs to be done to ensure a credible deterrence posture.

Download and read: Credible Deterrence in the Baltic Region

No. 3: Martin Hurt of the ICDS looks at how NATO’s force structure and posture have evolved since the end of the Cold War, and outlines the challenges of the further modernisation necessary if NATO is to keep pace with an evolving security environment.