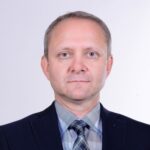 In the first of a new series of policy briefs intended to shed light on some of the issues related to the Alliance’s further adaptation and their possible impacts in the Baltic region, Wojciech Lorenz of the Polish Institute of International Affairs examines how NATO’s mechanisms for consultation among Allies have evolved in response to shifts in the security environment, and offers suggestions as to how these mechanisms might be strengthened as a means of mitigating tensions in NATO today.

In December 2019 in London, NATO leaders invited Secretary General Jens Stoltenberg to begin a reflection process, since labelled #NATO2030, aimed at reinforcing Alliance unity, increasing political consultation and coordination between Allies, and strengthening NATO’s political role. To support this process, the Secretary General has appointed a group of experts, whose considerations and recommendations are to be presented to the next NATO Summit, probably in late 2021.