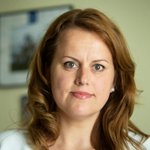 NATO routinely measures and compares the national defence inputs and outputs of its members to assess how they share the burden of collective defence. It has always been apparent that by comparison with the US, Europe needs to do more, but NATO’s burden-sharing discussion is stuck on tired arguments about simple spending measures.

In the sixth of our series of policy briefs intended to shed light on some of the issues related to the Alliance’s further adaptation, Kristīne Rudzīte-Stejskala of the Ministry of Defence of Latvia describes NATO’s burden-sharing debate and offers some new approaches.

No.4: Mārtiņš Vargulis of the Latvian Institute of International Affairs looks at how NATO has responded since 2014 to the threat from Russia to enhance deterrence in the Baltic region, and proposes what more needs to be done to ensure a credible deterrence posture.

No. 5: Robertas Šapronas examines the challenges facing the Biden Administration in its efforts to rebuild the transatlantic relationship and America’s leadership of NATO.