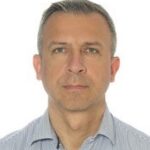 Donald Trump’s transactional approach to diplomacy stood in stark contrast to the long-standing broad commitments that have traditionally underpinned relations between the US and its allies. It is no surprise that Joe Biden’s victory was met with sighs of relief in many NATO capitals.

In the fifth of our series of policy briefs intended to shed light on some of the issues related to the Alliance’s further adaptation, Robertas Šapronas examines the challenges facing the Biden Administration in its efforts to rebuild the transatlantic relationship and America’s leadership of NATO.

No. 4: Mārtiņš Vargulis of the Latvian Institute of International Affairs looks at how NATO has responded since 2014 to the threat from Russia to enhance deterrence in the Baltic region, and proposes what more needs to be done to ensure a credible deterrence posture.