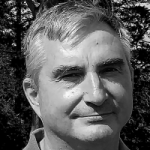 France’s independent nuclear deterrence has been the main pillar of its defence strategy for sixty years. The French nuclear policy, as well as its European and allied dimensions, however, tends to be misunderstood abroad, including by those who rely on French military involvement in the pursuit of their national security goals.

French nuclear deterrence is, first and foremost, strictly conceived as defensive. It is designed to protect the country’s vital interests and ensure its sovereignty and freedom of action, with the fundamental purpose to prevent a major war that would threaten those vital interests. In the wake of the war in Ukraine and Russian nuclear sabre-rattling, the value of French deterrent for European security has been raised once again. Not so long ago, President Emmanuel Macron confirmed that France’s vital interests have a European dimension.

Allies must understand that France does not intend to replace the U.S. extended deterrence but rather wishes to enhance and strengthen Europe’s common defence in a more uncertain security environment. Hence, there should be a shared interest to engage in a strategic dialogue on common threats and challenges before they have materialised.