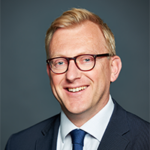 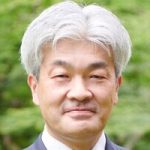 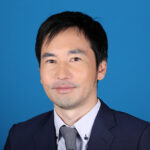 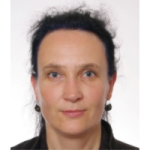 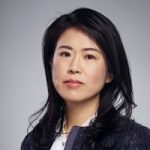 Reshaped by the new great power competition, the international order has been undergoing revolutionary transformations. Revanchist Russia has unleashed a barbarian war against a sovereign European nation, while increasingly militarised and contentious China looms as a not-so-insidious threat in the Indo-Pacific. In response to these shifting dynamics and mounting geopolitical tensions, Europe is now awakening to the new reality and paying greater attention to the far-away region.

At first glance, Estonia and Japan may seem like odd partners, yet they share vital commonalities and common interests impossible to ignore. Amidst Russia’s ongoing brutal invasion of Ukraine and China’s territorial claims over Taiwan, Japan’s strong advocacy in the Indo-Pacific region confirms how essential unity, consensus, and solidarity are for tackling global challenges in an environment of limited resources. This report brings together foreign and security policy experts to improve our understanding of each other’s security concerns — be it threats in cyber and information space, ruptures in trade, energy, and food, or authoritarian neighbours — by taking a step closer to a shared threat perception.

Acknowledging unprecedented challenges to global security and rules-based order that democracy and democracies are confronted with from East to West, this report critically examines whether the European Union’s regional strategy maximises and realises the union’s full potential in the Indo-Pacific, which will test its actorness and agency and determine the role for the decades — if not centuries — to come. As the long-distance race for technological hegemony between the U.S. and China — of which Japan and Estonia are by far neither neutral nor casual observers — tightens, the report highlights national policies and capabilities needed to stay competitive, as well as to reduce known and potential vulnerabilities, from the perspective of economic security.

China’s dramatic rise — as not only an economic but also a military superpower — entails an assertive and oftentimes assailing foreign policy that is felt both in Europe and the Indo-Pacific alike. The authoritarian regime in Beijing cleverly exploits the vacuum of power wherever it finds any. Cautioning against repeating the old mistakes of China-centrism, the report advocates for fostering multifaced cooperation with Japan in the framework of EU-Japan and Estonia-Japan relations. Thus, the report recommends that the EU as a whole and its individual member states should continue building on the positive momentum generated by the Indo-Pacific strategies and modify their approach to incorporate like-minded partners.

From freedom of information to information- and cybersecurity, the report reminds us that leadership matters. It explains the changing tides in the Japanese mainstream public opinions that have already washed away the decades of harmful Russia-centrism from media, academia, and corridors of power and thus resulted in a society successfully resisting malign foreign disinformation campaigns. Estonia and Japan should facilitate digital transformation beyond their national borders, promote economic security, and exert geopolitical power through domestically produced sophisticated technology.

The report also probes Sino-Russian relations from the perspective of Chinese strategic interests in its own neighbourhood. Able to contain the West by redirecting its focus and resources towards the war in Ukraine, Russia creates additional operation space for China in the Taiwan Strait. With the war raging In Europe, it should be clear that appeasing an aggressor with concessions and seemingly clever compromises only emboldens the latter, making it even more contentious in both territorial claims and bellicose actions. To prevent a conflict from breaking out in the Taiwan Strait, the EU should be building up allied immunity by counterbalancing China in the Indo-Pacific and proactively defending the rules-based world order.