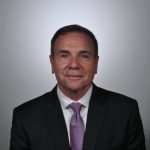 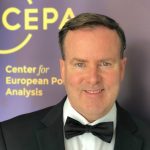 NATO’s ability to efficiently move large and heavy armed forces into and across Europe is a key aspect of its deterrence and defence posture.

In establishing the enhanced Forward Presence in Poland and the three Baltic states, NATO leaders acknowledged that credible deterrence would also require these small multinational forces to be underpinned by a robust reinforcement strategy. In this report, we examine this key aspect of NATO’s defence and deterrence posture as it relates to the Baltic region.

In a crisis, military movement in Europe is likely to be confronted by legal and procedural obstacles, by the limited capacity of infrastructure, and by issues related to coordination, command and control. The severity of these problems would vary according to the type of crisis. For an operation to restore Alliance territory following an armed attack, the sheer scale and breadth of NATO’s requirements for military movement would present a major challenge to Europe’s transport infrastructure, and to prioritisation and coordination efforts. NATO has had little practice in reinforcing Allies at scale since the end of the Cold War. A preventative deployment to respond to a potential crisis, meanwhile, would put a premium on speed of movement. In this case, legal and procedural obstacles may be more problematic as timescales for dealing with the bureaucracy would be similar to the timescales for the movement itself. NATO and the EU have cooperated widely to mitigate the legal and procedural challenges of moving armed forces across the European continent, but the processes in place remain numerous and complex.

NATO and the EU have also collaborated on the harder task of ensuring that transport infrastructure is suited to military needs. Movement would be challenged by both physical constraints, such as weight limits on roads and bridges and traffic volume restrictions for rail transport, and procedural ones, such as the limitations of the contractual arrangements necessary to enable the use of civilian railway wagons and heavy equipment transporters for military purposes. Such constraints, while manageable in peacetime, may make it difficult to meet the armed forces’ requirements for large-scale movement during crisis. Furthermore, the Baltic region also lacks supporting logistics infrastructure, for example for receiving and staging (and sustaining for extended periods) forces that have arrived in the region.

A third set of challenges arises from the need for coordination among the multiple agencies involved in the movement of armed forces. Even amongst movement specialists there is no clear picture of how these agencies would work together during crises or of how movements would be prioritised to serve the operational needs of the Joint Force Commander.

Download: Until Something Moves: Reinforcing the Baltic Region in Crisis and War (PDF)