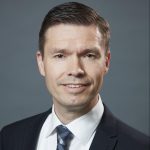 In the next few months Finland and Sweden will likely become the 31st and 32nd members of NATO. What kind of Allies will they be, and what will this mean for the security of the Nordic-Baltic region?

Finland hopes to be an observer member of NATO by the time of the Madrid Summit in June 2022, and a full member by the end of the year. Sweden will likely follow the same course. This unexpected turn of events will complete the mare nostrum imagined by the 2014 Lennart Meri Conference, with the Baltic Sea finally becoming an EU and NATO ‘inner sea’. NATO will admit as members two stable Nordic democracies that have few illusions about Russia and will contribute a set of robust military capabilities to the Alliance’s collective defence effort. The implications are various, ranging from an opportunity to reimagine the defence of the region to a need for Finland and Sweden to adjust their strategic cultures. What kind of members will Finland and Sweden be?

To everyone’s surprise, it was the voice of the Finnish people that led Finland to the cusp of joining NATO. Viewed from May 2022, Finland’s domestic processes and deliberations on seeking NATO membership may look preordained, but even in early April, NATO membership was neither the only nor perhaps even the preferred solution of the political leadership. It quickly became clear to the political decisionmakers, however, that the foundation of Finland’s post-Crimea security policy had cracked. Supported by a majority of the population, much of the political spectrum turned its attention to shepherding Finland towards NATO membership. By late April, two-thirds of the population supported this, having recognised even before the political leadership that Finland must not await Ukraine’s fate.

To the dismay of at least some Swedes, the vox pop tidal wave quickly spread to their shores too. After a few initial stumbles, such as suggesting that membership would destabilise the region (when in reality it would be Russia’s reaction that would do that) and trying to talk the Finnish political leadership out of the ‘NATO process’, the Swedish political leadership has also adjusted course. In addition to the near-daily dialogue between Finnish and Swedish counterparts, the fact that almost six in ten Swedes now support NATO membership has contributed to a readiness on Finland’s part to adjust its own national schedules to allow the two countries to seek membership together (a goal frequently stated by politicians over the past years). While it is tempting to analyse the two as a pair, it is also useful to understand how national histories, perspectives on defence, and geography may impact each country’s identity as NATO members.

What kind of Allies?

On joining, both Finland and Sweden will have to adjust their strategic cultures. Due to the need to reverse its unfortunate decision to demolish its territorial defence capability while retaining a robust set of capabilities for international operations, Sweden has already taken steps towards building a new strategic culture. Over the past half-decade, practising for the defence of Sweden with others has become the dominant lens through which Sweden has sought to rebuild its national defence capabilities. Finland, meanwhile, has over the past decade significantly increased the size, scope, complexity, and volume of its participation in international exercises and, since 2017, the Finnish Defence Forces have had the task of preparing to give and receive international assistance. Nonetheless, the idea that Finland prepares to fight alone has remained the conceptual framework for Finland’s defence. The Finnish population and political establishment, as well as the military, will have to adjust psychologically to being part of a collective defence family.

Finland and Sweden’s entry will be unlikely to change the primary dynamics of what is a political transatlantic alliance. American expectations regarding increased spending by European powers on collective defence, for example, will not disappear because new member Finland already spends 2% of GDP. However, what Finland and Sweden can do in a Baltic Sea context, together with the United States and other Allies, is put increasing pressure on Germany to deliver credible, operationally relevant combat power on land, at sea and in the air over the next decade.

Both Sweden and Finland will also, for political and practical reasons, continue to enhance their bilateral cooperation with each other, trilateral cooperation with the United States, and efforts within multilateral frameworks such as the UK-led Joint Expeditionary Force. Finnish officials have already stressed that as a NATO member, Finland would continue to push for deeper EU-NATO cooperation, focusing on practical solutions. This would include continued support for and engagement in a range of EU initiatives related to societal resilience and defence, while recognising that collective military defence will remain the purview of NATO.

On matters of collective defence, Finland and Sweden will both want to be seen as security contributors to the Alliance. The primary focus of these efforts will logically be in the Baltic Sea region and the Arctic (the high north) but, as has become the norm in NATO, both are likely to want to also contribute to NATO efforts across Alliance territory (for example, in naval operations in the Mediterranean). As both Finland and Sweden already focus on security and development issues in Africa and the Middle East, there is little reason to expect them to ignore the interests of NATO members further south, even while their defence preparations may be focused on the north.

If Finland and Sweden are both members by the end of 2022, the Graduated Response Plans for the region can be thoroughly reconceptualised. Here Sweden and Finland’s roles and competences are likely to differ. Sweden’s NATO membership will not result in any notable additional defence planning concerns, but geography – a long border with Russia – means that Finland’s membership will add some challenges to NATO defence planning. However, Finland has over a century of experience in planning for its defence and already has a very robust defence capability.

The membership of the two countries will make it easier to defend both existing Nordic and Baltic Sea Allies. There is a good argument for NATO’s planners to listen to how Sweden and Finland have already planned to defend parts of the Baltic Sea. Finland also has insight into how defence around its borders should be planned and signalled to Russia. A new operational headquarters may need to be considered too, perhaps located in Sweden.

Increasing deterrence has been stated as the primary reason for Finland to seek NATO membership. It thus makes sense that Finland would contribute to existing and new NATO efforts to increase conventional deterrence. Making an initially small contribution to the enhanced Forward Presence in Estonia, perhaps with a combat engineering unit of the kind that participates annually in Estonian national exercises, would make sense. Taking one of the Baltic Air Policing rotations would also be sensible and relatively easy, especially if Finnish fighters could be based in Finland. Sweden could contribute to the mission from Šiauliai, Lithuania, as well as continuing its sub-surface and air intelligence gathering efforts.

The additional deterrence provided by nuclear weapons has also been cited by Finnish political leaders in the NATO membership debate. While Finland would not seek nuclear weapons on its territory during peacetime, it is unlikely to insist on any specific limitations or restrictions, including in extremis being open to contributing to nuclear missions. In line with this, Finland’s participation in the Nuclear Planning Group is to be expected. This pragmatic view of nuclear deterrence slightly contrasts with that of Sweden, where the issue of nuclear weapons has historically been more politically explosive.

In the end, if all goes as planned, it is perhaps not surprising that it was the collective and urgent scream of the Finnish population, whose forefathers have over centuries felt the scourge of Russian aggression, that would lead to de facto unification of the Nordic and Baltic Sea security architectures in a way not previously seen – a mare nostrum of our time.