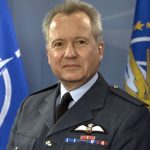 NATO’s air defence capability has declined over the past decades, a period during which the Allies have usually been able to operate assuming air superiority. Russia’s air power, by contrast, has grown in size and sophistication.

As concerns the Baltic states, there is broad agreement that a lack of air defence is today their biggest military capability shortfall. The three states have built a system for peacetime air surveillance, command and control, but deficiencies in communications networks, nodes and personnel makes this inadequate for managing an air defence posture in times of crisis. For air defence weapon systems, the Baltic states possess only legacy anti-aircraft guns and short-range missile systems. Together, these systems fall far short of the requirements for a robust, integrated air defence of Baltic territories in times of crisis or war.

This situation creates critical vulnerabilities for the Baltic states themselves and for NATO more widely. In a crisis, Baltic defence would likely be severely complicated by attacks from the air on manoeuvre units, mobilisation facilities and critical infrastructure. Meanwhile, NATO’s reinforcement of the region, on which its defence plans rely, would be denied or frustrated by attacks on air and sea ports, and on land, sea and air transport routes. It is essential for air defence and deterrence that these vulnerabilities are addressed as a matter of some urgency.

For Estonia, Latvia and Lithuania, however, the cost of developing a layered system to provide comprehensive air defence is prohibitively high. They will need assistance from the rest of NATO and the Allies. The three Baltic states must take the initiative and show commitment and determination to solve the air defence challenge. They must be ready to make fresh investments and/or reprioritise their defence planning and be ready to work together to achieve economies of scale, and improve interoperability. But where shortfalls cannot reasonably be addressed by the three states, solutions that require actions from NATO collectively, or from the Allies individually or in groups should be implemented. Together, the Baltic states and the rest of NATO can deliver a coherent package of measures to enhance deterrence and air defence in the Baltic region.

Our report describes the air threat to the Baltic region, outlines existing and planned air defence capabilities, identifies shortfalls, and makes recommendations for the Baltic states and for NATO to address these shortfalls.