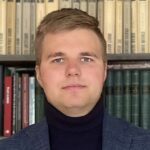 Russia has successfully managed to exploit anti-colonial sentiment, regional instability and general disappointment in the west to create new partnerships in Africa.

The information warfare that is part of Russia’s war against Ukraine is often presented in western media in a one-sided manner. On the face of it, Ukraine has won. Everything from memes to the heroic actions of the Ukrainian defenders implies a clear victory for the Ukrainians. The historic UN General Assembly vote condemning the Russian invasion of Ukraine seems to clearly demonstrate that Ukraine has been successful.

This notion of a Ukrainian victory on the information front is more complicated the further one strays from western countries, however. Despite Ukraine’s successful political and information campaign in many western capitals, the country is struggling to win over popular support in other parts of the world, including Africa, which does not necessarily share Kyiv’s image of Vladimir Putin and his grand strategy.

Of the 54 countries in Africa, 28 voted to condemn the invasion of Ukraine at the UN. While only Eritrea of those remaining 26 countries voted against the resolution, the alarming neutrality of the remaining 25 still demonstrates the effectiveness of Russian power politics and information warfare in some parts of Africa. Furthermore, in the face of isolation from the west, the Kremlin is more likely to ramp up its play for influence on the continent, especially as it has been actively building economic ties there through its Russia-Africa economic forum since 2019.

How Russia Is Spreading its Influence in Africa

While there are many reasons for the neutral or pro-Russian stance of certain countries in Africa, one of the main incentives for many is their reliance on Moscow for stability. Hence, the success of Russia’s information warfare in many parts of Africa is closely linked with its geopolitical influence and security dynamics playing out on the continent.

This is the case in the Central African Republic (CAR), which has become one centre of gravity for Russian influence. Host to military bases of the Wagner Group (a Russian paramilitary organisation), the landlocked state has long been a strategic ally of Moscow. The Kremlin is also working hard to win the hearts and minds of the population, from screening pro-Russian movies set in the country to sponsoring news articles and billboards spreading Putin’s narratives. The result of these developments is that on 24 February 2022, alongside the CAR’s abstention from the UN vote, a tribute was held in its capital Bangui celebrating the Wagner Group.

Russian influence is also strong in other SAHEL nations, such as Mali and Burkina Faso. All of the SAHEL nations suffer from violent extremism and have become disappointed in both the UN peacekeepers and the French army that have attempted to stabilise the region. With many regional governments now turning east, the pro-Russian sentiment has been spreading through media campaigns in part financed by Russian oligarchs. The Internet Research Agency in St Petersburg (also known as the “Russian troll factory”) has also plays a role using local sympathizers to organise pro-Kremlin rallies. As a result, local sentiment often lies with Putin over Zelenskyy. For example, currently one of the largest Facebook groups spreading Kremlin narratives is L’Afrique Mon Beau Pays with around 55,000 followers. Since the start of the current invasion in Ukraine, the messaging on the group has almost exclusively concentrated on tailoring public opinion against Ukraine. It is worth noting that similar social media campaigns also took place before the arrival of Wagner troops in Mali, when the focus was on anti-French narratives.

While mainly limited to less politically stable nations, Russian influence can also be observed in more west-leaning African nations such as South Africa. Here, Moscow’s main line has been to emphasise the connection between the Commonwealth of Independent States and many liberation movements active within Africa in order to paint a picture of Russia once again fighting against colonialism, this time personified by NATO. In this regard, the Twitter account of the Russian Ministry of Foreign Affairs is very telling, as it spreads and promotes propaganda pieces written in many developing nations. For example, the social media accounts of the Russian Federation in South Africa, reaching over 100,000 people, are actively promoting pieces on American biolabs in Ukraine, “Ukrainian war crimes”, and western imperialism.

Russia has therefore managed to create an information space in which its narratives often compete with or are more visible than those of Ukraine. While most citizens in many of these countries might not have anything against Ukraine, the poor image of the west, which backs Kyiv, has created an environment in which Russian propaganda is allowed to spread freely. As a result of this, it is harder for Ukraine to find friends among certain African leaders who are supportive of Russia’s struggle against NATO influence.

Why This Matters for Ukraine

The immediate result of the Russian narrative is that many countries have become sources of fighters for Moscow, at a time when the country is struggling to mobilise additional military personnel within Russia itself. Hundreds of volunteers have been lining up in Ethiopia to join the war as mercenaries on the Russian side. Also, many African governments have banned their citizens from fighting on the Ukrainian side as volunteers. While it is unlikely that these troops would help change the tide of war in one direction or the other, or even make it to the frontlines, the phenomenon itself still clearly highlights the existing support of Russia within some parts of Africa. These trends are likely to continue, especially in sub-Saharan Africa, where the French mission is scheduled to end soon. It is therefore also unlikely that western leaders will manage to convince the more sceptical African leaders to break their neutral stance and to back Ukraine in the UN.

In the longer term, however, the impact of Russian geopolitical influence on the continent is a lot less clear, and its continued success in making friends and replacing the west as a partner will depend on the outcome of the war in Ukraine. The success of the information war in central- and sub-Saharan Africa is clearly anchored in the picture of Russia as an anti-imperialist bringer of stability. However, this image could well end up being fictitious for those Africans currently backing Moscow, as Russian capacity to carry out overseas operations has become more limited as a result of the offensive in Ukraine. While Russia has been successful in planting itself in certain parts of Africa, Moscow’s attempts to spread its geopolitical influence there could end up collapsing in much the same way as many previous interventions, from Washington to Paris, on the continent have failed.

Russia has successfully managed to exploit anti-colonial sentiment, regional instability and general disappointment in the west to create new partnerships in Africa. Here, the country is aided by both its communist past, as well as its position as a strategic opponent of NATO. Having so far benefited from the image of a strong anti-imperialist force, its gamble in Ukraine will also have lasting effects on Moscow’s image in many African capitals, from Bamako to Cape Town. The failure of the west to change its image in the eyes of many Africans has become costly, both economically and politically, as Russia has managed to replace the influence of western states and international organisations in countries such as the CAR and Mali. The war in Ukraine highlights this shift.