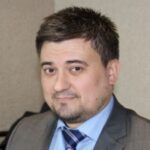 Russia has built and applied a conflict-resolution model in post-Soviet conflicts that is both robust and effective, given the Kremlin’s goals. If any improvement is desired, the EU and its Western partners should stop legitimising this model and instead switch to policies that make this Russian model costly to sustain.

The still simmering crisis, following the massing of reportedly an over 100,000-strong Russian force in areas close to Ukraine’s borders, requires a reassessment of the post-Soviet conflicts and Russia’s role in them. Over the last decades, this analytic field has been heavily stamped on by multiple observers, practitioners, and researchers alike.

This has led to frictions among interpretations, along with growing fatigue for certain explanations. For instance, an influential Brussels-based think tank wrote with subtle disdain about the “stereotypical statements about how Moscow caused and directed these conflicts” and praised itself for looking beyond stereotypes and exploring instead “how its [Moscow] role is different in each case”.1 While there are certain differences among the post-Soviet conflicts—in the case of Georgia’s South Ossetia and Abkhazia, Moldova’s Transnistria, more recently Ukraine’s Donbas, and especially Nagorno-Karabakh—a similarity in Russia’s interests in all these cases can be discerned.

The perceived difference in roles or interests of Russia across these conflicts is not in substance but in appearance, due to the variation in the conflicts’ escalation stages or their difference in political status. For instance, Russia actively uses its military to impose costs on Kyiv in the violent conflict in Donbas, and it explores political mechanisms in the militarily-frozen conflict in Moldova—both conflicts serve as Russia’s leverage against the two countries. In contrast, Russia formally annexed Crimea, de facto annexed Abkhazia and South Ossetia and shifted its support from Yerevan to Baku in Nagorno-Karabakh.

It may seem that the first set of cases is different from the second set, as the former offers an option to Russia’s interlocutors, while the latter seems to be closed to any choices. However, this is misleading. If we analytically zoom out from the operational to the strategic level, and consider Russia’s wider goals, there are choices in all of these cases.

Russia’s most likely goal, given the observed statements, policies, and actions of the Kremlin, is to build a supra-state, possibly a confederative type of structure, in which post-Soviet countries de jure are independent while de facto are under Moscow’s influence. Think of a modern version of the old Warsaw Pact type of relationships. Under these conditions, the “secessionist” territories could be returned to Georgia, Moldova and Ukraine only in appearance, even though in reality they would report to Moscow.

If this seems hard to believe, consider the conflict resolution model that Russia currently pushes for in Moldova and Ukraine. Russia insists on federative arrangements that would effectively allow the “secessionist” regions being further governed by Moscow, giving them veto rights over the policies of Kyiv and Chisinau, while Moldova and Ukraine would be forced to diplomatically acknowledge the conflicts were solved. And, in the Nagorno-Karabakh case, Russia could entice Baku with the formal return of the contested territories, and Yerevan with the protection against further Azeri aggression.

This is why the claims about Russia’s aggression having antagonised the population of Ukraine and Georgia in an irreversible way is delusive, even though factually accurate. It wrongly implies that Russia wants to persuade and befriend these countries, while in fact it looks for a model of political coercion, constraint, and control over them. This Russian military coercion factor exists even against Azerbaijan and Armenia—it can threaten Baku with the military support of Armenia as it did in the early 1990s; or it can pressure Yerevan with non-interference in case of Azeri military attack, as it did last year.

This logic points to important common traits across all these conflicts that cannot be ignored. A shared feature is the presence in all these regions of the Russian military, implying a supply-side effect on conflict emergence. Another common trait, with the exception of Moldova’s Transnistrian conflict, is that all of them flared-up into armed confrontations. This indicates that there is a strong correlation between the presence of the Russian military and the risk of military escalation.

Considering this more nuanced analytic view, by looking at the process and mechanism rather than actions, we can see then that the Russian proxy war against Ukraine in Donbas is just a modern version of the conflicts in Georgia and Moldova. The latter are not inter-ethnic or political conflicts of genuine secessionism, as they have been portrayed by Russia, even though this misleading interpretation has been tacitly accepted in the West. This, for instance, is revealed in the notorious “Report No.13” of the Conference for Security and Cooperation in Europe Mission to Moldova. It insisted that “due to the linguistic, historic, and partly ethnic differences between the left and the right bank of the Dniester … Transnistria cannot successfully be governed within a centralized state”.2

Russia explored skilfully the ethnic label for describing the disputes to invoke the right for self-determination, and then used that as a smoke screen to conceal its role as the real party to the conflict. This is an important detail since it is the conceptual foundation upon which the Russian “conflict-resolution” model is built.

This model allows Russia to mimic internationally-accepted and legitimate conflict-resolution mechanisms, reduce the costs of its conflict participation, and at the same time control the negotiations process and agenda. What is most alarming though, is that the West accepted this logic as a foundation for its own involvement, thus providing the much-needed legitimisation to Russia. Among existing major participations of the West in these processes—via the Organization for Security and Cooperation in Europe (OSCE)—is the “5+2” format in the Transnistrian conflict and the Trilateral Contact Group addressing the war in Donbas.

The exact problem with these Western involvements is that they accept negotiations and conflict-resolution mechanisms that are a priori doomed to fail. Their structure does not allow any outcome other than the one desired by Russia. Economists have long known that the design of an institutional mechanism can influence the incentive structure of its participants, affecting their behaviour.

In these concrete cases, the specific structure of the Russian conflict-resolution model, upon which the OSCE operates, impacts the participants’ propensity for cooperation or coordination in conflict-resolution negotiations. Even though Russia is the real party to the conflict, because it is hiding behind its proxies and pushing them forward as the opponents of Kyiv and Chisinau respectively, it can drastically cut its related costs. It basically avoids the price of interstate aggression, by transferring it to its proxies, who can endure these costs since they have no international obligations. Under these conditions, Russia can afford to maintain the conflicts indefinitely—it does not suffer costs for stalling the negotiations either, as these are again projected on its proxies.

It uses military coercion—given its military presence and operations—to reduce Western support to these countries, in particular by eroding the West’s enthusiasm for supporting these countries’ integration into Euro-Atlantic institutions. As long as the post-Soviet states stay outside EU and NATO, or don’t import the EU’s institutions, it is much easier for Russia to acquire control over these countries. The Russian military also provides coercion against Moscow’s proxies, making sure they do not get carried away by personal agendas incompatible with those of Russia.

Finally, it explores the information space as an operational domain of conflict,3 to influence the general public in these countries. This does not imply making the target population friendly to Russia, but merely building tensions between the active segments of the public and the governments that Russia does not like.

Therefore, some influential Western analyses on the ineffectiveness of such methods against the Baltic States4 may be overly optimistic, as they ignore this logic.

While usually it is challenging to acquire concrete evidence for some of these Russian activities, accidental opportunities, including media leaks, can open valuable insights into Russian operations. For instance, the Dossier Center published a series of reports revealing details about the work of Russia’s presidential administration, directed at influencing political figures in the post-Soviet area, including the Baltic States. The department of the Russian president on inter-regional and cultural relations with foreign countries, led by an intelligence officer, is working with opposition parties in Georgia,5 cultivating political agents in Armenia and Azerbaijan,6 guiding the governing party in Moldova,7 and running influence operations in Estonia, Latvia and Lithuania.8

Therefore, the confederative design of the post-Soviet space is not an impossible project – exploring a mix of authoritarian governments or influential oligarchs and economic elites controlled by the Kremlin, with a politically-active segment of anti-Western population and a Russian military presence, is likely to achieve this end. The key challenge—popular support to Russia or its policies—is not as insurmountable as it may seem. The rise of Viktor Medvedchuk and the growing popularity of his Opposition Platform – For Life party in Ukraine proves the point.9 Building anti-Western sentiments and skepticism is not impossible either—two decades of controlled media space in Russia suggested the way to achieve this.

Contrasting Russia’s preferred outcomes with the least favourable alternatives, Russia’s approach has been quite successful. Voices alleging that Russia lost more than it gained fail to assess the situation given Russia’s ruling elites’ preferences. From a Kremlin’s standpoint, it prefers the current scenario to the one where Ukraine or other post-Soviet countries get integrated politically and ideologically into the Euro-Atlantic space.

The most severe current risk is the Russian ability to increase and intensify the anti-Western sentiments as well as diminish the support for Western type of institutions among voters in post-Soviet countries. This will create pressures on domestic politicians in these states and favour pro-Russian parties. There is no single effective solution to this challenge, as it will have to be researched and designed depending on the local conditions, which vary across post-Soviet countries. Providing financial assistance to national public television channels to improve the quality and quantity of their products may render surprisingly good results. Targeted strategic communication campaigns promoting the West may be another necessary move.

The EU would have to drastically change its approaches to the conflicts in the post-Soviet area. History shows that persuasion will not make Russia give up its military and political control over them. A first step would be to stop supporting the conflict-resolution mechanisms that Russia created. This would require changing these mechanisms, by removing Russian control (including the military one) over them and creating incentives for balanced concessions. To achieve this, the EU should credibly communicate its readiness to name Russia as a military aggressor, with clear and operational consequences under the international law. It shall credibly indicate its readiness to create parallel conflict management structures, based on the UN model that relies on neutrality and impartiality, while withdrawing from the current ones controlled by Russia. It shall actively engage with the national governments affected by Russia-incited conflicts to generate costs that are targeted to undermine Russia’s efforts at sustaining the “secessionist” entities. Technically, it shall create conditions under which its proposed alternatives will be more attractive to Russia than the status quo. This is not impossible, if the EU could manage to build the minimum appropriate political support for this course of action.

This article was published in ICDS Diplomaatia magazine. Views expressed in ICDS publications are those of the author(s).