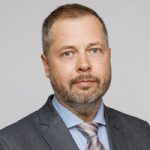 Russia’s wannabe triumphant ‘special military operation’ that aspired to take Ukraine’s capital city of Kyiv in three days will soon mark its nine-months anniversary. While the Ukrainian Armed Forces continue to fight the enemy on the battlefield, judicial warriors must help Ukraine hold the legal defence against Russia’s illegal assault and bring its perpetrators to account.

Wars remain an unfortunate reality for humankind. However, the international community has been successful in adopting the rules of warfare to regulate conduct of hostilities, as well as in developing international humanitarian law to govern how the belligerents must behave in armed conflicts. The harsh reality is that what Ukraine has witnessed so far—from booby traps to cluster munition and from inhumane treatment of the POWs to nuclear intimidation—reminds only of the horrible war relics of the past. The first paper draws attention to Russia’s indiscriminate attacks, explains why they add to the list of war crimes, and exposes why Russia’s conduct in this brutal war in the heart of Europe constitutes a deliberate policy to pressure the Ukrainian government to surrender by the means of terror when other tools have failed.

Kremlin’s legal arguments for the full-scale military invasion of Ukraine in February 2022—as well as the annexation and occupation of Crimea—fail scrutiny by any honest observer. However, there are still bad-faith international actors who favour Russia’s position and may themselves adopt similar legal arguments depending on how resilient the global community is against Russia’s judicial aggression today. It is worthwhile to examine it in order to understand how the Kremlin develops such misleading narratives, builds its legal case, twists international law, and exploits its ambiguities. The second paper dives into the rabbit holes of the ‘people’s republics,’ referendums, and other ‘original sins’, their legal status and authority to invite foreign peacekeeping forces, as well as the ‘recognition threshold.’ It further explores the legal dark corners of ‘collective self-defence,’ ‘humanitarian intervention,’ ‘necessity and proportionality,’ ‘remedial secession,’ and ‘protecting compatriots.’ Finally, it reminds that international law is designed in such a way that states cannot disregard their legal obligations and avoid responsibility by putting false labels on their actions, such as declaring a ‘war’ to be some enigmatic ‘special military operation.’ Russia has become a master at manipulations. Therefore, it is our duty to deconstruct Russia’s legal arguments and show that in the end they do not hold.