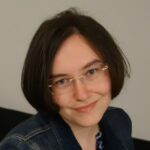 The tensions on the Russian-Ukrainian border have somewhat eased. However, both experts and officials note that it’s too early to say that a new hot phase of the Russian-Ukrainian conflict has been avoided. Meanwhile, Moscow continues to build up its presence in the Black Sea and is trying to influence the political processes in neighbouring states.

Having somewhat eased tensions in eastern Ukraine, Moscow continues its provocative actions in the Black Sea. On the night of 20 April 2021, Russian border guards detained two Ukrainian fishermen from Ochakov who were fishing on a boat within the maritime economic zone of Ukraine. The Russian-controlled Black Sea Magistrate Court of Crimea found the ship’s captain guilty of an administrative offence.

Bohdan Ustimenko, director of the Ukrainian Institute of Maritime Law and Security, describes the incident as particularly shocking, given that it happened only 55 miles from Odesa, in the territorial waters of Ukraine, as defined by the current UN Convention on the Law of the Sea (UNCLOS). Another Russian violation of the Convention was the closure of three areas of the Black Sea leading to the Kerch Strait under the pretext of military exercises. He further explains:

“According to the UNCLOS, the Kerch Strait has international status, and Russia, like any other state, has no right to restrict navigation in it. In addition, Moscow has effectively annexed the territorial waters of Ukraine, declaring them its own.”

Ustimenko believes that by its actions Russia is pursuing two goals. First, the Kremlin is trying to legalise the occupied territories. As noted by the media, Moscow uses the international system NAVTEX as one of the tools for such legalisation. The mission of NAVTEX is to issue navigational warnings to sea vessels, warning them about dangers. Recently, the system began broadcasting Russian navigation messages, completely ignoring the statements of the Ukrainian Foreign Ministry.

Another way to legalise the annexation of Crimean and Ukrainian territorial waters, experts say, is through the preparation and distribution by Russia of nautical charts in which the jurisdiction of these entities is deliberately distorted.

The second goal of Moscow, according to Ustimenko, is to use Ukraine as a training ground for practising the seizure of sea spaces. He lists potential targets:

“They are testing the whole world on how it will react to the restriction of shipping in the Black Sea region. If Moscow does not meet resistance, it will be able to transfer this model to other regions: in the Baltic Sea, in the Arctic, in the situation with the Kuril Islands and the sea near the coast of Georgia.”

Ustimenko believes that, Ukraine, unfortunately, has not yet developed its maritime security strategy and defensive agenda and is forced to respond to Moscow’s actions post factum.

“Carrot and Stick” in the Balkans

At the same time, the former Ukrainian Deputy Minister of Defence Leonid Polyakov notes that Russia is simultaneously using two tactics of trying to establish control over Ukraine: either the imposition of an internal collaborationist regime or the use of the force option. Moscow uses a similar combination of “carrots and sticks” to put pressure on other states. First, the Kremlin tries to install friendly politicians by peaceful means, but if this fails, it does not shy away from using force either.

The infamous 2016 coup d’etat attempt in Montenegro is a prime example of such methods. According to information from the Prosecutor’s Office, in the autumn of 2016 a group of Serbian and Montenegrin citizens under the leadership of the case officers from Russia planned to seize Parliament and replace President Milo Djukanovic to prevent his government from approving the entry of Montenegro into NATO. In addition to other participants from Russia and Serbia, two leaders of the Democratic Front, Andriy Mandic and Milan Knezhevic were sentenced to five years in prison for complicity in the coup attempt.

However, later, in the parliamentary elections in Montenegro in August 2020, a coalition of opposition parties, including the already mentioned Democratic Front, won. It was one of its leaders, previously convicted Knezhevic, who became the head of Parliament’s Security and Defence Committee.

After one of the Committee meetings in March of this year, a scandal erupted: the head of the National Security Agency (ANB), Dejan Vuksic, was charged with revealing secret information about a NATO ally. The Montenegrin Prosecutor’s Office opened a preliminary investigation of the leak. Several commentators regarded this incident as further evidence of growing Russian influence in the Balkans.

According to the Constitution of Montenegro, it was Parliament that formed the government, which is now in opposition to the current president of the country, Djukanovic, under whom on 5 June 2017 Montenegro became an official member of NATO. Vuksic is also a stooge of the opposition forces. Naming Vuksic to head the ANB caused consternation among observers even before the incident in Parliament. Several sites published anonymous materials about his Russian ties, including connections with the recently deceased mayor of Moscow, Yuriy Luzhkov. Following the parliamentary leak scandal, the rhetoric of Vuksic’s critics became even tougher. Some journalists called the director of the ANB a “Russian spy” and “a Trojan horse in NATO”.

Russian media are adding fuel to the fire, openly bragging about Moscow’s successes in Montenegro. For example, on 22 March 2021, the pro-Kremlin business newspaper Vzglyad published an article entitled “Pro-Russian forces staged a sweep of the Montenegrin special services”. In it, the author points out that in three months of 2021, Vuksic “managed to partially shake up, … and completely disperse the entire Montenegrin intelligence and counterintelligence services … cleaning out” the supporters of President Djukanovic.

At the same time several Montenegrin experts—including the former ambassador of Montenegro to NATO and now a professor at Boston University, Vesko Garchevic—note that even if the head of the ANB has no personal ties with Russia, providing secret information to Knezhevic means that in the end the information will turn up in Moscow.

The attempts of the parliamentary majority to repeal the existing Law on the Special Public Prosecutor’s Office and pass a new one, were no less alarming. However, supporters of the incumbent president believe the real rationale for the initiative is the removal of Special Prosecutor Milivoje Katnić, the main prosecutor in the 2016 coup d’etat case. Incidentally, since 5 February of this year, the Appellate Court has scrapped all the guilty verdicts in the case, citing “significant violations of criminal procedure”, and asked the High Court to retry the case.

Another Moscow ally in the Balkans is President of the Republika Srpska (part of Bosnia and Herzegovina) Milorad Dodik who most consistently leads pro-Russian activities. At the moment, his administration is lobbying for the “peaceful dissolution” of BiH as a state. According to a Senior Fellow with the Center for Global Policy in Washington D.C., Dr Hikmet Karčic, “Bosnian Serb nationalists consistently block any progress towards integration with the EU and NATO, cosy up to Putin, and continually attempt to create political havoc in the country”.

Some experts believe that even formally charitable organisations, such as the Bosnian Sveti Georgije Loncari, are in fact a cover for Russian information operations. That the head of the organisation, Srdjan Letic, was previously convicted for counterfeiting and trading in weapons only heightens such suspicions. The latest information about Russia’s possible aggressive actions in Bulgaria also casts doubt on the “humanitarian” nature of Moscow’s influence.

In conclusion, in the near future we cannot expect that Moscow will abandon attempts to destabilise other states and try to include them in its zone of influence.