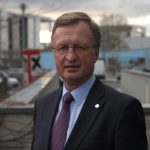 On 11-12 July 2018, the heads of state and government of the North Atlantic Alliance met in Brussels.

Political and public attention centred almost exclusively on the Allies’ defence expenditure, the issue of spending 2% of national GDPs on defence, and President Donald Trump’s criticism of Canada and European nations. The political agenda of the summit, however, and the range of decisions taken there, was much broader and much more substantial. It was the third summit in a row since 2014 that dealt with NATO’s far-reaching and long-term adaptation to the fundamentally changed security environment since Russia’s invasion of Ukraine and the illegal occupation of Crimea, as well as the emergence of the terrorist organisation ISIL/Daesh. The Wales summit of 2014 adopted the Readiness Action Plan (RAP) as an initial response to Russia’s aggressive posture. In 2016, the Warsaw summit agreed the principles and elements of the Alliance’s Strengthened Deterrence and Defence Posture and NATO’s approach to Projecting Stability to its neighbourhood. The Brussels summit reviewed progress in implementing NATO’s posture and decided a range of far-reaching measures to ensure its full credibility and effectiveness to respond to all challenges and threats, from wherever they might arise. This analysis summarises the defence-policy related decisions of the Brussels summit to direct and guide NATO’s further adaptation, in particular further strengthening deterrence and defence, explains their rationale, and places them into the overall political and strategic context.

Download: NATO Beyond 70: Renewing a Culture of Readiness (PDF)