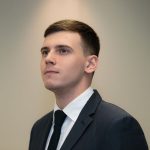 “Resilient Ukraine” team continues conducting in-depth field research in south-eastern Ukraine. The second stage of practical research took place during 20-25 May 2019 and was aimed at analysing vulnerabilities in communication, information and cyber security at the regional level in Ukraine.

“Resilient Ukraine” research team covered this time Ukraine’s regions of Mykolaiv and Kherson. Having travelled more than 1000 km during six days and visited seven different locations (e.g. Ochakiv, Mykolaiv, Kherson, Skadovsk, Chaplynka, Henichesk and Novaya Kakhovka), ICDS researchers conducted 15 anonymous focus-groups, during which they interviewed about 100 representatives of various social and professional groups like active citizens; refugees who left the occupied Crimea and the war zone in the Donbass; representatives of ethnic and religious minorities, IT-experts, specialists from local government agencies, law enforcement and military sectors, as well as other social groups.

“Strengthening national resilience should be based on proven facts and adequate knowledge. It means that situational awareness plays a crucial role in this process,” noted Dmitri Teperik, ICDS Chief Executive and Programme Director “Resilient Ukraine”.

During several focus groups, residents of south-eastern Ukraine have repeatedly expressed positive thoughts about and sympathy for Estonia. “In Ukraine, we deeply respect your country due to continuous support and assistance,” said one of the respondents in Kherson region.