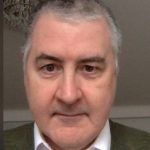 There is a high probability that the Treaty between the United States of America and the Union of Soviet Socialist Republics on the Elimination of their Intermediate-Range and Shorter-Range Missiles (INF Treaty) will be terminated within the next 12 months. European countries need to assess the consequences for their national and regional security as well as the impact on wider international security.

The INF Treaty was rightly considered a milestone in arms control because it delivered military and political benefits and because it represented a major advance in arms control verification. However, these benefits are not being delivered today. Russia has maintained for many years that the INF Treaty has outlived its usefulness, but also signalled that it would be open to discuss an alternative framework more in keeping with current realities. It has also been in violation of the treaty for several years, and the evidence of that is conclusive.