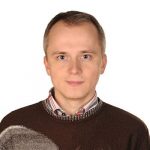 As collective memories have a tendency to fade away, it is imperative to embed the kernel of lessons learned from the modern history of Europe into formal and informal education and new media formats that appeal to the young to shape their values and attitudes towards democratic principles.

How important is the idea of having truly reconciling historical memories in Central and Eastern Europe?

For millennia, the historical science of different countries and peoples was built on the same principle: through biased selection of convenient facts, suppression of contrary details and cultivation of various myths, long-lasting narratives were created to appeal to the mass consciousness. As complex, multifaceted and ambiguous as they may be, deconstructing them ultimately comes down to simple answers to simple questions: Who were the good guys? We were, of course! Who were the bad guys? Our enemies and basically everyone who was against us, naturally!

As contradictory as world history can be, there are very few exceptions to this logic—the most pronounced being Germany. There, after 1945, the national historical narrative was built according to the opposite scenario: we were the bad guys and our recent enemies were the good guys. Without profound remorse for the brutalities and crimes of World War II, the historical discourse of modern Germany is impossible to imagine. Repentance is present in numerous speeches by public figures, in German literature and cinema, and in the toponymical messages of Berlin, strewn with monuments, museums and street names aimed at condemning Germany for its brutal crimes.

With its unusual national heroics twisted inside out, Germany became, without realising it, the trendsetter of a new way of thinking, when being proud of leaders, generals, victories and triumphs is increasingly a sign of bad taste. The basis of this new way of thinking is to be able to repent, to apologise, to be responsible for the wrongdoings of ancestors, to erect monuments to the victims and the discriminated, to see the history of war through the eyes of an ordinary soldier or a raped woman. The strength of this narrative is its collectiveness as it is emotionally shared by the German people, without being perceived as just an elitist political construct of history.

There are many other examples of constructing historical memory on these principles in Central and Eastern Europe. This is, first of all, the interpretation of World War II as a tragedy for all the peoples of the region who were victims of two totalitarian regimes. It is also reflected in the famous formulation “we forgive and ask for forgiveness”, which is, for instance, the only one possible in the context of Polish-Ukrainian mutual understanding and sensible reconciliation between those nations. Another commonly accepted expression, “Never again!”, is used by the current generations to fulfil the essential responsibility to remind future ones not to repeat dangerous mistakes with murderous consequences and not to jeopardise peace and stability in Europe.

For keeping historical memories relevant to socio-cultural challenges of tomorrow’s society, it is essential that the expert community, historians, journalists, educators and civil society invest their efforts in defining and creating some new learning formats and media applications to engage young generations and shape their committing perceptions on democratic values in Europe.

As this process requires both empathy and patience, no quick results or simple solutions can be expected—especially given the Kremlin’s notoriously interfering attempts to rewrite the inconveniently accusing pages of modern history and to use falsified historical events as part of massive disinformation campaigns. For the Kremlin, the historical past has transformed into an ideological present.

In their correct attempts to build national remembrance and to have a truly legitimate history, the countries of Central and Eastern Europe should not be obstructed by conscience of the Russian nation that, if not yet destroyed, is still heavily suppressed. Countries like Russia, still dominated by the old vision of history, are already perceived as backward, almost barbaric, but sooner or later—through strong clashes, resonating debate and emotional rebirth—they will adopt the new historical consciousness.