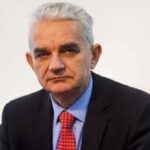 The current reaction of the West to provocative threats by Russia is both prompt and concrete, but for political statements to reach the desired effect, they must be supplemented by substantial practical steps.

Reports from different sources about increasing Russian military activity combined with intense information attacks are causing concern about the conflict between Russia and Ukraine returning to the hot phase. Comments from the Kremlin rather boost such worries than preserve some degree of trust among those who are yet to learn their lesson from recent history.

Even clear signs of preparation for war should not be interpreted as stating the inevitable. Vladimir Putin’s subsequent steps depend on many circumstances and factors, including to a great extent the potential effect of reasoning that is capable of altering the balance of risks and benefits of military aggression.

Ukraine as a Test Range for Russia

In this situation Ukraine has been quite active in demonstrating defence willingness and its practical readiness for defence. Of course, this is not about the theoretical possibility of the armed forces and the country as a whole defeating Russia in a full-scale war, but about a convincing demonstration of the capability to inflict such losses that the aggressor would deem unacceptable.

The combat potential of the Ukrainian armed forces can be evaluated in different terms, but one cannot deny the evident fact that qualitative changes have been occurring in recent years. Besides the primary factors that have facilitated the strengthening of Ukraine’s army, such as fresh combat experience and the defence reform, we should consider the importance of the diverse international support that has been both practically useful and significantly symbolic.

Ukraine holds a special place among Russia’s approaches to solving internal problems and achieving global ambitions. The very existence of Ukraine as an independent state and nation, having chosen an alternative development route, contradicts the Russian worldview. For Putin, Ukraine is a sphere of influence and a showcase for demonstrating the Russian authority to the whole world. Ukraine is a test range for modern warfare methods on land and sea, in the field of information technologies and the cyberspace, a battleground on which to meet the West that is so hated by the Kremlin. It is more than likely that if Putin gains victory in “the Ukraine”, he will not stop at that.

Ukraine was selected as the main target for a demonstrative strike, but the goals and dimensions of the current operation extend far beyond the borders of this country. Ukraine is on the verge of another serious ordeal and its outcome depends both on the country’s defence capability and, to a considerable degree, on international support. The current reaction of the West is both prompt and concrete, but for political statements to reach the desired effect they must be supplemented with substantial practical steps.

“Russia has only two allies—its army and its navy.” This phrase popular in Russia is etched at the foot of the monument to Emperor Alexander III in occupied Crimea. At the unveiling of this monument in November 2017 president Putin mentioned the wise policy of that “royal peacekeeper” that ensured the growth of Russian influence and strengthened its authority in the world, also noting the emperor’s adherence to traditions and his respect for history and spiritual values. Perhaps that was a mere homage to the past, but the army and the navy in Russia today not only compensate for a lack of allies, but also serve as the main instrument for the resolution of internal and foreign policy issues.

Ukraine, while unable to ensure the necessary military parity due to objective reasons, draws strength from its partners, informal allies. International support was one of the factors contributing to the failure of the initial plans of Russia to split Ukraine in 2014. The fair criticism of the insufficiently rigorous stance of the West with regard to Russia and of the inconsistent policies of some partners should not be interpreted as negating the relevance of international assistance.

It should be noted that the current Western reaction to the actions of Russia is much more prompt and the statements made are much more appropriate. Yet the Russian reactions have amounted only to an increasingly aggressive rhetoric coupled with a lack of practical measures aimed at removing the causes of the growing tension. It is obvious that the simple repetition of its previous steps by the West, unsupported by actions, will have the same effect. Concrete statements about possible responses are needed, but, even more importantly and vitally, actions themselves are required to convince Russia that the time of mere expressions of deep concern and unilateral compromises is over.

Due to the aforementioned circumstances, long-term investments into its own security in addition to manifestations of solidarity with the Ukrainian people is what the West should adopt as the basic approach in its policy of deterring Russia in general and supporting Ukraine in particular.

Condemning Russia’s aggressive behaviour and supporting Ukraine is not ignored in Moscow and Kyiv, but they are perceived differently. For instance, in response to the words of support from the UN Secretary-General, President Zelensky stated: “NATO represents the only way to end the Donbass war. Our membership action plan will be a serious signal to the Russian Federation.” The Russian Ministry of Foreign Affairs communicated the Kremlin’s reaction to a similar signal from the Brussels in the form of a forecast, or rather a threat of the major escalation of the situation in the southeast. Here the Russian guns will not primarily target only the Ukrainian military positions, but the actual sovereign right of Ukraine to choose its allies.

The issue of providing a NATO membership action plan to Ukraine (and/or Georgia), inclusion of the matter in the agenda of the upcoming NATO summit and the following collective decision will amount to a moment of truth for the North Atlantic Alliance, a test of their readiness to take a calculated risk for the achievement of the strategic goals of strengthening regional security and stability. Quite a risky decision indeed, but there are fewer and fewer options between risking effective action and doing nothing.

Another timely and comparably effective signal would be a promising statement on Ukraine’s EU membership prospects. Neither this nor a NATO membership action plan would actually guarantee Ukrainian membership or encumber the EU or NATO with substantial obligations. The primary value of such statements, besides demonstrating crucial political support for Ukraine, would be a meaningful signal to the Kremlin about the futility continuing with its current policy. It is no secret that Russia’s efforts to block Ukraine from acceding to the EU and NATO have achieved the opposite to what was desired, in fact reinforcing the urge of Ukraine to escape from the Russian sphere of influence. We cannot be sure that Putin is already prepared to accept the obvious, but this uncertainty does not belittle the strategic significance of each following EU and NATO response.

As for other fundamental approaches to rendering political and practical assistance to Ukraine, the existing long-term cooperation framework should be augmented with a set of crisis management plans. Relying on our understanding of the nature, perspectives and possible options for the political settlement of the conflict between Russia and Ukraine, it is easy to foresee further repetitions of such escalations. Plans for joint and comprehensive action in response to Russian military and other attacks, as well as the regular practical verification thereof, would facilitate the improvement of our own capabilities, but also the process of inhibiting the enemy’s intentions.

Naturally, any implementation of the suggestions described above would require at least several months, while the potential effects might take even longer to materialise. Still, even just the publication of information about such plans being considered could serve as a deterrent today. The method of using announcements about long-term plans as prompt deterrents can be applied to consultations and negotiations concerning the practical aspects of providing military aid to Ukraine. The communication strategy must include public messages, controlled leaks and signals via the remaining channels of dialogue with Moscow.