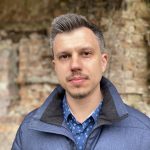 Although for some years, the Sumy State University had developed a theoretical grasp of the subject, it was not until 24 February 2022 – when Russia began its full-scale invasion of Ukraine – that I had my first real-life encounter with resilience.

When Russia invaded, very few Ukrainian Armed Forces personnel were in the Sumy Oblast. The idea that Russian troops would cross the border there had never been entertained. By lunchtime of the first day of the war, Russian tanks were rolling down the streets in central Sumy, but the occupiers’ intentions were unknown to us. The Russian forces would eventually try to block the city, repeatedly open fire at it, and even attempt several times to storm it – all without success.

The importance of self-reliance

One of the key indicators of resilience is the ability of a society to self-organise which, in turn, is related to the levels of trust within the community and between the people and their local authorities. By the morning hours of 24 February, a line of volunteers had already formed at the Sumy military commissariat, waiting to be issued with weapons. The city had opened several humanitarian hubs, and civilians had already begun collecting items needed for defence purposes. The initial shock of seeing enemy tanks on the city streets had quickly transformed into a strong desire to be useful: to collect bottles for Molotov cocktails, to deliver food supplies to the local territorial defence forces, and to raise funds for buying weapons and equipment.

It soon became clear that the city and the region would have to rely primarily on their own territorial defence and guerrilla forces. The government’s mobile defence strategy meant that the Ukrainian Armed Forces would only concentrate on certain axes of the enemy’s offensive and would be unable to defend every town and village on the long frontline. When war broke out, many administrative and operational concepts had not been fully worked out or implemented. The early days of the war saw anybody with a national passport or an ID card join the defence force in Sumy with no regard to age limitations, although those with combat experience were preferred. The volunteers quickly outnumbered the available firearms, so many were allocated to the reserve.

The municipality was tasked with providing equipment and securing uninterrupted food supplies for the territorial defence forces. The city of Sumy was only partly controlled by Russian troops, allowing some logistical manoeuvrability. We were also able to capitalise on the preceding eight years of emigration – drawing on the Sumy diaspora community in Poland, the Baltic states, the Czech Republic and other EU countries to coordinate supplies. We were able to raise large amounts of funding in mere days and to swiftly place orders with foreign suppliers. A logistical hub was established in Poland to deliver items directly to Sumy. We could thus meet the city’s need for medication and military supplies including uninhabited aerial vehicles, radio sets, body armour, thermal imaging goggles, and vehicles.

The war of the mind

The rapid evacuation of civilians was also important for the city’s overall resilience. The local authorities scheduled ‘humanitarian corridors’ to allow women, children, and the elderly to leave by bus. The evacuation of the most vulnerable groups eased the strain on the city’s logistics as basic goods and medical supplies were in short supply. Many evacuees, including families with children, continued to help their hometown after reaching safety. They managed fundraising for, and purchase and delivery of supplies from abroad.

Another success story was the ‘special evacuation operation’ for foreign students in Sumy. Before the war, the city had 1 700 foreign nationals from 50 countries studying at Sumy National University. In the very first week of fighting, Russian propaganda, speaking through President Putin himself, accused the authorities of holding these foreign students hostage – denying their exit from the city to use them as human shields. At the time, there were no safe exit routes from the city, so evacuation was impossible. The university’s administration and student council maintained constant contact with foreign embassies and the students were provided with everything they needed. They safely left the city as soon as an opportunity presented itself, also neutralising Russia’s attempt to exploit foreign nationals for information operations.

Psychological resilience also plays a crucial role in wartime. Air strikes and artillery attacks on critical infrastructure in the first weeks of the war were meant to provoke panic among the civilian population. During this period, a broad spectrum of media personalities, analysts, public opinion leaders, and former and current officials worked through social media to maintain public morale. Most importantly, this initiative was not centralised. Social media posts reflected the authors’ personal opinions and spheres of expertise. They were used to provide operational updates for the Sumy area, collect reports about enemy positions (special chat rooms were created for this), and share videos calling for specific actions that would be meaningful and practical.

An excellent example is the Telegram chat room set up to allow thousands of Sumy residents to report the positions and movements of Russian military convoys on the regional motorways. It was often the case that shortly after the posting of these private messages, we had the satisfaction of reading reports that yet another Russian column had been destroyed overnight.

Street artists and comics also constantly looked for ways to use their talents to boost morale and to relieve psychological stress in people. The city organised concerts and small performances – the most memorable event was a stand-up comedy show held in one of the city’s bomb shelters.

Sumy’s experiences have highlighted the need to pay great attention to social cohesion if resilience is to be built against the uncertain nature of war. We never expected to find ourselves at the centre of hostilities and many of the processes we found useful were not in place at the outset. As Mati Raidma, a member of the Estonian parliament, once said during an exercise in Sumy, “A moment of crisis devalues all the pre-existing formulas, and one can only rely on people around and cooperation among them.” I agreed with him then. I can repeat his words with certitude now.