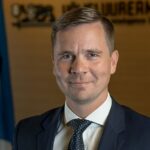 As in any massive organisations across the world, changes in the armed forces of the Russian Federation do not take place overnight or even on a yearly basis.

However, quite a lot can change over the course of ten years. Looking back and ahead, four main developments in Russian military capability can be identified.

The Rapid Growth of Russia’s Defence Budget Has Slowed

Russia’s planned official defence budget (plus other military spending, including classified items) for 2021 is 3.11 trillion roubles. That is almost the same as actual expenditure in 2020 (3.12 trillion). For several years, Russia’s defence budget has not reached the record levels of 2016 (3.7 trillion roubles). It is important to note that the rouble has also depreciated over the years. Converted into euros, Russia’s defence budget for 2021 is about 16% smaller than last year’s. Nevertheless, Russia still spends a disproportionate amount on its military. According to SIPRI, in 2019 Russia ranked fourth in the world in terms of military spending, after the US, China and India (while ranked the 11th-largest economy in the world, according to the World Bank). Russia spends 3.9% of its GDP on the military, with Armenia and Azerbaijan the only OSCE countries that spend more (4.9 and 4.0%, respectively).

Nuclear weapons are almost the only military capability in which Russia can be considered on par with the US or a global military power. The modernisation of strategic and tactical nuclear weapons and their delivery systems has therefore been a clear priority for the armed forces of our eastern neighbour. Over the course of the last ten years, four out of 11 strategic nuclear submarines have been replaced by new ones. Seven of the nine missile divisions have been rearmed with modern Yars missiles.

The indispensable emphasis on strategic weapons systems is causing the Russian leadership concern over US missile defence systems in Europe. Russia is afraid that this could neutralise its ability to threaten other countries with a nuclear strike, which in turn could cast doubt on Russia’s status as a world power. Among other measures, Iskander ground-to-ground ballistic missiles have been strategically placed along the entire western border to counteract this threat. This is a weapon system unmatched by NATO countries in Europe, but which could theoretically destroy the infrastructure of the US missile defence system, in addition to other important targets. Kalibr cruise missiles, with a range of about 2,000 km, which have been deployed in Russia’s Baltic Fleet since 2016, could also be added to the list. Among other things, these weapons systems must ensure a time advantage for Russia in carrying out military operations in Europe, enabling it to destroy NATO troop concentrations and logistics infrastructure at an early stage.

The Reform of Conventional Forces Has Been Continuous and Steady

As a result of significant modernisation, Russian armed forces stationed in the west of the country are significantly more capable than ten years ago. One of the more substantial changes was the decision, about ten years ago, to return to the Soviet-era structure in the Land Forces. In the Western Military District, three headquarters were set up in place of one, including the Russian armed forces’ only tank army . Meanwhile, the existing brigade-based army was also restructured into divisions. Thus, three armies cover the entire area of responsibility of the Western MD, from Central Finland to Ukraine: the 6th Army (St. Petersburg) is responsible for operations in Karelia and the Baltic countries (Finland, Estonia and Latvia); the 20th Guards Army (Voronezh) is responsible for the northern front in Ukraine; and positioned strategically in the middle is the 1st Guards Tank Army (Moscow), responsible for the so-called Smolenski region or Belarus/Poland/Lithuania. While the brigades were established with the aim of having more mobile units in smaller, even so-called “expeditionary” conflicts, the return to a division-based structure clearly indicates the need to be prepared for conflict on a wide front and against an equipotent conventional adversary. Five divisions are currently established under the Western MD, compared with three under the Southern MD, and one each in the Central MD and the Eastern MD.

Significant changes are also underway in the most professional branch of the Russian armed forces: the Airborne Forces. These have traditionally been one of the best-manned and most rapidly deployable forces. In 2015, tank units were added to the airborne assault divisions, which indicates the desire to expand the range of the Airborne Forces, enabling them to be ready to replace ground force units in conventional operations, in addition to any usual airborne operations. The 76th Guards Air Assault Division in Pskov is the first to have a third regiment, currently being created. This is especially important for Estonia, as the 6th Army facing in our direction does not have its own ground force division, and, in the event of a military operation in the Baltic countries, it is the Pskov division that is likely to fill this role.

Thus, Russia has a military advantage in terms of both the deployment of forces and weaponry, which in turn provide a time advantage for launching operations. Although the Western MD has a total of over 150,000 military personnel, most are in supporting and servicing roles and structures. The combat army structures, i.e. the three armies and Kaliningrad Oblast Army Corps, have a total of about 65,000 troops. In addition, there are rapidly deployable airborne troops, some 30,000 of whom are in combat units. The regular units of the Western MD include a total of about 900 tanks, 1,800 armoured vehicles and combat vehicles, 1,000 self-propelled artillery systems, 300 rocket artillery systems and 48 Iskander missile launchers. The Baltic Fleet has a total of 35 battleships and two submarines. The 6th Air and Space Defence Force of the Western MD and the naval aircraft of the Baltic Fleet comprise a total of about 190 fighters, 80 bombers and 160 attack helicopters. Compared to NATO troops in the Baltic Sea region and Eastern Europe, the Russian armed forces predominate in all categories except tanks and submarines. The potential for air supremacy in the Baltic Sea region is further amplified by Russia’s relatively good network of S-400 air defence systems, which are located in the Kaliningrad and Leningrad oblasts, covering the entire territory of the Baltic states. The lack of a permanent medium-range air-defence capacity in the Baltic countries must also be taken into account. Thanks to the integrated regional air defence system of Belarus and Russia, Russia now has access to aerial surveillance far into Central and Eastern Europe.

When calculating the total size of forces and number of troops, other military structures in Russia should not be overlooked, in particular the National Guard, which reports directly to the president. The Northwestern District of the National Guard, with 15,000 troops, is responsible for the oblasts in the immediate vicinity of Estonia. Compared to conventional forces, these are lighter units, but nevertheless equipped with armoured personnel carriers and mortars. The National Guard is not intended merely for protecting public order, but also has the characteristics of a paramilitary and expeditionary force: for example, it is deployed as part of a military operation in Syria.

There is no reason to believe that trends in the Russian armed forces will change significantly in the near future. Both Estonia and NATO as a whole must continue to take these developments into consideration for their defence policy. For Estonia, this means the need to work closely with allies in NATO and partners in the EU, from strategic dialogue to collective defence and nuclear deterrence.