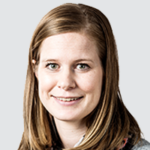 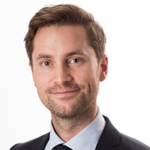 In 2021, Estonia and Norway serve as elected members on the UN Security Council. What can elected Council members hope to achieve in a setting marked by great power tensions and ineffective working procedures?

In the last decade, great power tensions have once again returned to the UN Security Council, reducing and at times paralysing the Council’s ability to reach joint decisions. The war in Syria, Russia’s annexation of Crimea, influence campaigns against the US election in 2016, and the trade war between the USA and China exemplify developments that have generated a suboptimal work climate among the five veto powers (the United States, China, Russia, the UK and France) as well as in the Council more broadly. Power struggles and inefficient working methods limit the room to manoeuvre for elected members of the Council.

The structural limitations do not prevent elected members of the Security Council from making effective use of their membership. Good command and active use of the available ‘toolbox’ of working methods can help elected members pursue issues they deem important. The scholarly literature identifies at least four key paths to influence.

A second concrete way to promote and draw attention to specific topics and issues is to organise special events. This can be done both as part of and outside of the presidency. In its current term, Estonia has, for example, organised special events on cybersecurity and the political crisis in Belarus, while Norway has invested efforts in strengthening the normative protection agenda and pushed through a resolution that calls on all to protect and promote the right to education, including in armed conflict (SCR 2601).

A third important working method is coalition-building. Coordination with ‘like-minded’ states is an integral part of the work on the Council. European members on the Council often constitute a natural group of like-minded partners, and coordination and cooperation among EU member states have increased during the past two decades. Sub-regional groupings such as the Nordics also play a role—the Nordics rotate in seeking an elected seat. With Estonia and Norway both present, 2021 saw two Nordic-Baltic states represented on the Council at the same time for the first time. In the future, there may be scope for further strengthening Nordic-Baltic cooperation in the framework of the UN’s structures.

A final and more recent opportunity for elected members to acquire influence is to take on the role of penholder for a specific dossier. The penholder system gives one or two members of the Security Council an opportunity to take the lead in work related to one country or thematic issue. It used to be reserved only for the five permanent members, but in the framework of efforts to reform the Security Council and divide the work more equally, the penholder role has been expanded to the elected members. In 2021, Estonia and Norway were co-penholders of the Afghanistan file, while Norway and Ireland hold the pen together on Syria.

Know how to Play the Game

The recent experiences of both Estonia and Norway confirm the value of diplomatic experience, reputation building and to some extent also the ability to assume ownership of matters on the UNSC agenda. As in any diplomatic setting, knowing how to “play the game” is key to the ability of elected states to make the most of their UNSC membership and to punch above their weight. This does not mean that all elected states approach their term in similar ways. Looking at Estonia’s and Norway’s performance in 2021, some interesting differences can be identified.

To begin with, the two states assess the relative importance of the UN differently. In Norway’s foreign policy, there is a strong tradition of prioritising the UN. Norway seems to have deeply internalised the belief in the value of structured multilateral cooperation for small states and the contribution that an active role in such cooperation can make to national security. By contrast, for Estonia, the UN has not been a foreign policy priority in the past, and its contribution to national security continues to be seen as secondary to membership in Western organisations, notably NATO and the EU.

There are also differences between the two countries’ international profiles and diplomatic styles. Norway’s priorities in the Security Council seem to reflect its long experience and its wish to maintain its reputation as a constructive contributor to multilateral cooperation and peace diplomacy. Meanwhile, Estonia has taken a rather bold approach as a newcomer. It has not shied away from difficult and controversial topics or from taking the initiative to introduce new working methods and new topics to the Security Council agenda, with the aim to open up new Security Council portfolios.

Furthermore, Norway generally tends to work a bit more behind the scenes, including on issues such as the normative protection agenda and climate security, but also on its responsibilities on the Afghanistan, Syria and North Korea files, and with the aim of strengthening multilateralism. By contrast, Estonia’s focus has been more on front-stage conflictual issues (such as Ukraine and Belarus), where profound disagreements between major powers are likely to persist. Estonia’s way to try to use the UN to the advantage of national security has been to tackle such issues and use the UN as an arena to promote its positions and to strengthen coalitions with like-minded countries. While Estonia has visibly promoted its priorities, most notably the cybersecurity agenda, Norway has chosen a more subtle approach, making important but somewhat less visible wins in ongoing Council processes.

These smaller differences in approach notwithstanding, Estonia and Norway have also cooperated on a number of issues during their shared year as elected members of the UNSC. Most importantly, the shared penholdership of the Afghanistan file brought the two countries to the centre stage of global diplomacy, reinforcing their international profiles as small states that make an active and professional contribution to multilateral cooperation.

This article was written for ICDS Diplomaatia magazine. It draws on the report “Small states, different approaches: Estonia and Norway on the UN Security Council” written by Kristin Haugevik, Piret Kuusik, Kristi Raik and Niels Nagelhus Schia and published by the Estonian Foreign Policy Institute/ International Centre for Defence and Security in November 2021.