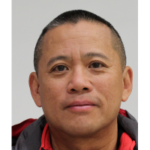 In the third brief of the series, Dr Ronald Ti examines Russia’s failures in planning and executing logistics operations for its war in Ukraine. In large part, these failures can be attributed to systemic weaknesses such as its ‘push’ (rather than ‘pull’) approach to expeditionary logistics, overly centralised command, a lack of non-commissioned officers, and a culture of bullying and corruption.

Ronald Ti, PhD candidate at War Studies Department of King’s College London, cautions that Baltic and other planners should not assume that the Russian military will repeat their poor performance in Ukraine against other adversaries in the future, but also notes that Russia’s military culture is highly resilient and therefore difficult to change.