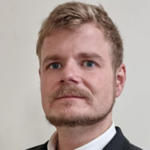 In the last decade, the Black Sea has become a de facto arena for competing and objectively irreconcilable strategic interests, where an opportunistic Russia has unilaterally changed the security architecture and dynamics in the region via not only conventional military means, but also highly sophisticated and hybrid means that have allowed Moscow plausible deniability.

This has objectively left NATO and the EU to play catch-up in regard to developing sufficient means to counter what we have now termed hybrid warfare.

Understandably, this was rather difficult to foresee in the 90s, as a weak and indebted Kremlin needed new markets and allies and could find such only in the West. However, the soaring gas prices in the 2000s and an opportunistic new president made the country more proactive, uninterested in cooperation, and less than willing to westernise itself. Moscow’s foreign policy with western countries has proven to be twofold—engaging bigger states and either coercing or utilising hybrid means in pursuit of specific goals in smaller states, whether they are part of NATO or the EU or not, to achieve its goal.

In the Black Sea region, specifically, Moscow wants, or rather needs, to counter the further enlargement of NATO eastwards, dissuade Ukraine from aligning with the West, and have a Russia-friendly government in Kiev which can ensure the long-term pro-Russian orientation of the country. Additionally, the region is now Russia’s key strategic maritime domain where it is highly likely the Kremlin believes it can operate with near impunity, building and then projecting capabilities into the Caucasus, the Balkans, the Middle East and beyond.

Moscow’s position on Ukraine’s place in the international system became particularly evident in the first part of 2021. On 13 April, Russia’s Defence Minister Sergei Shoigu announced that Moscow was sending 15 naval vessels from its Caspian Flotilla and at least five from its Baltic Flotilla. A week later on 20 April, the office of the High Representative of the European Union for Foreign Affairs and Security Policy, Josep Borrell, said that over 100,000 Russian troops had been relocated to the Russian-Ukrainian border. Washington and NATO both cited similar numbers, emphasising that the build-up of Russian forces was greater than prior to the illegal annexation of Crimea in 2014. Satellite images published by The Wall Street Journal on 20 April showed the extensive presence of Russian military aircraft and other equipment.

In June 2021, two incidents marked a new rise in tensions in the Black Sea. The first was on 23 June when the British destroyer Defender, while sailing between two Ukrainian ports, was intercepted by the Russian Navy which fired warning shots. According to Russian officials, the HMS Defender had entered Russian territorial waters around the Crimean Peninsula, while the British Ministry of Defence claimed that the ship was exercising its right of fair passage through Ukrainian territorial waters in accordance with international law. According to the Netherland’s Ministry of Defence, another incident took place on 24 June, when the Dutch frigate Evertsen was near the Crimea. The Dutch side claims that Russian fighters flew dangerously close to HNMLS Evertsen for several hours, simulating attacks. Tensions were further exacerbated by the comments of Russian President Vladimir Putin, who said in an interview that even if Russian ships had sunk the British destroyer Defender during the recent incident off the coast of Crimea, World War III would still not have started. Such remarks and the emboldened behaviour of Russian forces clearly illustrate the risk of escalating tensions in the region.

This is where the threat of escalation becomes possible and difficult to predict due to the potential of opportunistic miscalculations. From any remotely rational standpoint, a Russian large-scale military operation in Ukraine is highly unlikely. But not all international developments are rational. What’s more, Russia annexed Crimea in an attempt to reassert itself as a regional and global power, protect strategic assets, counter NATO and EU enlargement and discourage further alignments of post-Soviet states with the West. Success in most of these endeavours, however, has proven questionable at best in the long term, while the country has become increasingly isolated and subject to growing economic sanctions. To compensate for this failure, the Kremlin has engaged in acts driven by weakness and desperation. These include the attempted murder of Sergei Skripal in 2018, interference in the 2016 US presidential election, the attempted coup in Montenegro in 2016, the poisoning of Bulgarian arms dealer Emilian Gebrev in 2015 and involvement in an explosion of the Czech ammunition depot in Vrbětice in 2014, to name a few.

While these events may be regarded by some as elements of a complex hybrid warfare-based engagement by Russia, as they are often judged, they are also increasingly reminiscent of a much more ad hoc based approach of a country acting out of desperation to be recognised as an important global player. In fact, it is also plausible to suggest that early hybrid successes have resulted in the Kremlin overestimating its capabilities. Additionally, one should not overlook the role of the intelligence services in such a heavily centralised form of governance, in which President Vladimir Putin has a decisive say on all key issues. Authoritarian-leaning administrations tend to promote obedience and loyalty over professionalism and innovation, which inevitably has a trickle-down effect along the chain of command. Nobody wants to be the bearer of bad news to the man in charge which inadvertently may result in those lower down the chain of command deluding those above them regarding essential information and assessments. Therefore, it is possible that a report contradictory to the rational reading of a situation may end up on President Putin’s desk. This assessment, together with the increasingly risk-prone actions of the Kremlin, illustrates why even the unlikeliest scenario is still a possible aspect of Russia’s approach to the world.

On 14 June, following the summit in Brussels, NATO leaders announced that they had charted the course of the alliance’s agenda until 2030. While the leaders of the member states have now clearly identified the rise of China as a threat to international security, Russia will almost certainly remain the focal point in the mid-term at the very least. During the summit it was stated that the first-choice approach towards Moscow will continue to be twofold, i.e. that of defence and of dialogue. However, since then NATO has expelled eight Russian diplomats it says have been working secretly as intelligence officers and also halved the size of Moscow’s mission working at its Brussels headquarters to 10 people.

In retaliation, Russian Foreign Minister Sergei Lavrov announced on 18 October that Russia was suspending its diplomatic mission to NATO and that staff at NATO’s office in Moscow would be stripped of their accreditation. This recent heightening of tensions objectively indicates two things: acts of provocation are more likely to increase in both frequency and scope; and NATO’s approach of defence and dialogue will almost certainly be limited exclusively to defence.

Bulgaria does not have a separate strategy for the Black Sea, but from a number of strategic documents and political platforms, as well as from statements of political figures and public officials, some basic principles can be deduced which outline Bulgarian interests and policies. The Black Sea is extremely important for the Bulgarian economy, transport, energy routes, raw materials, tourism etc. Sofia’s position in relation to developments in the region is based on four main pillars:

The main security challenges in the Black Sea region are related to the escalation of the confrontation in eastern Ukraine and the lack of progress in resolving the frozen conflict in Transnistria. Nevertheless, despite this assessment of security risks in the Black Sea region, Bulgaria has a specific approach to Russia which should be considered within a specific context: the two countries share many ties that extend beyond commercial and pragmatic dimensions. What’s more, a significant number of Bulgarians have pro‑Russian views which shapes and impacts not only political discourse but also has the potential to direct certain aspects of the country’s foreign policy. Furthermore, the country is almost completely dependent on Russia in terms of energy, both for natural gas imports and nuclear fuel for the Kozloduy Nuclear Power Plant. It should also be noted that a significant part of Bulgaria’s military equipment is almost entirely obsolete, dating from the Soviet‑era, which creates an additional dimension of reliance on Russia.

On 25 October, the Bulgarian Chief of Defence, Admiral Emil Eftimov, and the Chief of the General Staff of the Republic of Turkey, Army General Yasar Güler met to specifically discuss NATO’s role in protecting the Eastern Flank and the naval centre in Varna and the possibilities of using Bulgarian military airports for naval patrol flights. The top military officials also discussed the Bulgarian proposal to host the regional naval presence (Naval Coordination Center) in Varna and the possible conduct of cross-border airspace operations between the two countries. This illustrates Bulgaria’s twofold likely mid- to long-term approach to Black Sea security dynamics—to maintain pragmatic relations with Russia which, to no small extent, is also driven by the pro-Russian sentiments of many Bulgarians, and also to intensify regional cooperation within NATO and EU frameworks to enhance defensive capabilities along the Eastern Flank.

To conclude, tensions in the region will highly likely persist in the near- to mid-term, with Russia seeking small-scale provocations, not with the intent of aggression but rather to test the room for foreign policy manoeuvrability in regard to the West.

Nevertheless, Moscow will almost certainly continue to place great importance on the Black Sea region in the long-term and will continue to improve its capabilities and posture in the region—both conventional and hybrid. Taking into consideration that opportunities for constructive dialogue between NATO and the EU on the one hand, and Russia on the other, will almost certainly be lacking, the focus on both sides will be conventional capabilities. However, this will be greatly dependent on the efforts of the littoral states that are NATO member states, particularly Bulgaria, Romania and Turkey, as it will be up to them to emphasise the strategic importance of the Black Sea. To avoid unwanted escalations, however, the most important aspects to be mindful of will be readiness, coordination and non-verbal communication, e.g. posture.