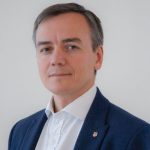 The 12th of February marks three years since the package of measures aimed at implementing Minsk agreement of 5 September 2014 was signed (figuratively referred to as Minsk I and Minsk II).

Both documents were signed as a result of crushing military defeats near Ilovaisk and Debaltseve, inflicted by regular armed units of Russia. These agreements include ceasefire and other safety measures as well as the issues of political settlement.

In his recent statement, the German Minister for Foreign Affairs has pointed out that “owing to Minsk agreements, the conflict in the east of Ukraine has been alleviated, and a massive conflagration has been prevented in the area”, and also called upon “all of the parties to show political will for the purpose of implementation of Minsk agreements”. The US Department of State was more specific in terms of defining the “parties” that were to blame for the continuation of the “conflict”: “Russia continues ignoring its obligations”, “denies its immediate involvement” in the conflict in Ukraine, which has already taken lives of over 10,000 people, including 2,500 of civilians.

More than 820 people died while Minsk agreements were “in action”. On the “anniversary” of it alone over 200 explosions took place in the Donbass region. The OSCE Special Monitoring Mission to Ukraine recorded 401,336 cases of ceasefire violations, 4,065 cases of deployment of weapons with violation of the withdrawal lines, and 2,422 cases of the impediments to fulfilment of the mission’s mandate during last year. In spite of 74 hostages brought back to Ukraine before the New Year, more than 60 Ukrainian citizens are still illegally detained in Russia and on the territories occupied by it.

What are the reasons for the continuation of the conflict and the failure to fulfil Minsk agreements?

First of all, one of the key problems of Minsk agreements is that their contents do not fully reflect the essence of the conflict. They create an invalid impression that there is a civil war going on in Ukraine which, correspondingly, can only be stopped by changing the political background, i.e. the Constitution and the legislation of Ukraine. In real life, pursuant to the Resolution of the UN General Assembly No. 3314 (XXIX) adopted in 1974, Russia has been committing the act of aggression with regard to Ukraine since 20 February 2014. The war in the east of Ukraine is nothing more than the expansion of aggression after a virtually bloodless occupation and annexation of Crimea (which has only been recognised by 11 UN states out of 169). The absence of a link in Minsk agreements between the “Crimean” and the “Donbass” episodes of war in Ukraine is another reason to believe that the war and the armed aggression of Russia against Ukraine will not stop, even if Minsk agreements are fulfilled.

In spite of numerous documented proofs of evidence of Russia’s preparation and involvement in military operations in Donbass, and the presence of regular and irregular armed forces, abundant Russian weapons and military equipment, Moscow continues to deny its involvement in the conflict. The Kremlin is still trying to impose the narrative of a civil war and, correspondingly, the need to hold direct negotiations between Kyiv and the pseudo-republics. The Russian interpretation of Minsk agreements assumes material constraints in terms of the sovereignty of Ukraine in the matters of foreign (integration into the EU) and security policy (accession to NATO) by making changes in the Constitution as well as interweaving an enclave that would be subject to the control of Russia into the political and legal canvas of Ukraine, aimed at permanently undermining the situation in the country. Should we mention the fact that the Kremlin considers the issue of the Crimea finished? To be more specific, Kyiv’s renunciation of the claim to the peninsula is regarded by Moscow as a prerequisite to ceasefire.

The sudden initiative of Vladimir Putin related to the possibility of bringing UN peacekeeping forces into the Donbass region should not put anyone on a false track. Its aim is not to stop the war, but, on the opposite, to continue waging it, but in a different manner. For a number of reasons, Russia cannot afford a self-recognised direct invasion of Ukraine. At the same time, Moscow’s attempt to impose the parallel fulfilment of Minsk agreements, in the context of which Ukraine would limit its sovereignty and incorporate the pseudo-republics while accepting with the uncertain prospects of de-occupation of certain areas of Donetsk and Luhansk Oblasts and the unlikely regaining of control over the state border with Russia, has also failed.

The “peacekeeping” initiative has been intended to solve a number of the Kremlin’s tasks. Firstly, taking into consideration its permanent chair in the UNSC, Russia would consolidate its status of an “intermediary” and would have a major influence on the mandate of the possible peacekeeping mission, its composition, and immediate functioning. This would increase pressure on Kyiv with regard to the issue of further political concessions, without any perspectives of resolving the issue. This, in turn, would create a “frozen conflict” by using the long-proven template of Transnistria, South Ossetia, and Abkhazia as well as Nagorno-Karabakh. This is precisely the aim of Moscow, which is also evident from the fact that the proposal, among other things, includes the protection of the OSCE observers by the “blue helmets” only at the demarcation line, but not across the entire occupied territory, including the state border.

Secondly, even the very start of the “peacekeeping” process will serve as a potent factor in diluting the regime of Western (mainly EU) sanctions which are, in fact, the only tool that may force Russia to stop aggression.

Thirdly, the temporary alleviation of the Donbass problem will remove the issue of de-occupation of the Crimea from the agenda. At the same time, the “unsinkable aircraft carrier”, i.e. Russia’s powerful military base on the peninsula, poses a military threat not only to Ukraine and other states in the Black Sea region, but also to the interests of the EU and NATO in the Mediterranean Sea.

As a conclusion we can claim that neither Minsk agreements nor peacekeeping forces can bring peace to Ukraine, since they do not reflect the essence of the conflict and are merely the aggressor’s tools for gaining and maintaining political leverage over entire Ukraine. Moreover, the conflict is being used by Russia for driving a wedge between the EU countries as well as undermining the transatlantic unity. The war can only stop if the aggressor exhausts its resources for continuing it, the conditions change (meaning that there will be no point in continuing the war), or the price of meeting the goals of the aggression becomes too high. The first condition can be facilitated by keeping and tightening the sanctions regime, while the second and the third ones by strengthening the defensive capacity of Ukraine and enhancing its integration into western economic and security structures. The point of waging a war with Ukraine will fade away not only because it will stand under the umbrella of the North Atlantic community or get the status of the ally of the USA, but rather because the most important cause for the war will disappear, i.e. the possibility to return Ukraine into the sphere of Russia’s influence and control. The Kremlin elite thinks in terms of a zero sum game, which is why the failure to offer NATO membership prospect to Ukraine and Georgia at the Bucharest summit was regarded by the Kremlin as the green light for the aggression against Georgia in 2008 and Ukraine in 2014.

So the endless repetition of the mantra about the “lack of alternatives with regard to Minsk agreements”, being drawn into a peacekeeping dead end and continuous discussions about changing the format of negotiations are intrinsically pointless.