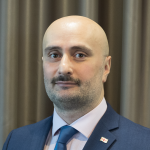 Albeit heavily sanctioned and exhausted by the Islamic revolution and the war with Iraq, Iran has managed to upbuild a self-sufficient defence industry from the ashes and demonstrate a robust weapon system manufacturing capacity over the last decades. It started with low-tech reverse-engineering of 3rd generation fighters and tanks and ended with indigenously producing high-accuracy and long-range ballistic missiles.

Although Tehran has exported $435 million worth of weaponry, its arms trade is not a source of revenue, but a foreign policy tool to bolster its allies and proxies in the region and beyond. Supplying weapons to Russia, however, is a unique case that signals Moscow’s desperation and inability to achieve its military objectives in Ukraine. In 2022, after years of military cooperation with Russia, Teheran finally had an opportunity to provide support to Moscow, when the exhausted and depleted Russian army requested – and immediately received – unmanned combat aerial vehicles that are now used to target critical civilian infrastructure.

Further economic cooperation between two rogue states might also extend to (nuclear) technology transfers, which for now remains an Achilles’ heel for Teheran. For as long as the war in Ukraine lasts, the Kremlin will have a reliable partner who can deliver an assortment of weapons needed on short notice.