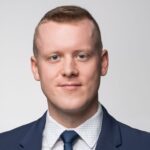 President of France, Emmanuel Macron, whose country is currently holding the presidency of the Council of the European Union, does not want the EU to be relegated to the background behind NATO and the US. He wishes to demonstrate his ability to oppose Russia while also maintaining dialogue with Moscow.

This will be difficult but given that France and Russia may encounter each other in operational areas in Africa, the Middle East and Asia Minor, it is feasible. Even his most recent visit to Moscow, although not achieving a breakthrough, showed that both sides are ready to talk. Macron confirmed commitments from both Vladimir Putin and Volodymyr Zelenskyy to respect the Minsk agreements.

The French President has never been anti-Russian. He has repeatedly called for dialogue with the Russian Federation and even put his trust in the creation of new structures. His predecessors, including Nicolas Sarkozy, who pointed out that the lack of rapprochement with Russia was pushing it into the arms of China, were of a similar opinion.

Despite direct rivalries in Africa and the Middle East in recent years, both Putin and Macron have been able to discuss problems and challenges. Moreover, tensions on other continents have not adversely affected French and Russian interests in Europe. The two powers maintain ongoing relations at the level of the highest representatives through a 2+2 format of dialogue (ministers of defence and foreign affairs), as well as by being open to mutual investment.

France and Russia are testing the limits of their influence on the security of Central and Eastern Europe. As the Normandy format has proved ineffective, Macron has assumed the role of the main European intermediary between the Kremlin and other states. In the past, Angela Merkel played a significant role, whereas Putin is now communicating mainly with the French President. Consequently, any issue concerning the security of the continent when threatened by Russian troops will be negotiated by the Élysée Palace. Macron used to know how to talk to Putin. However, the meeting at the beginning of February showed that he has lost some of this ability.

On the one hand, the fact that Russia reckons with the EU’s leading country in the field of defence when it comes to its actions, and that the French President is able to stand up to the Kremlin’s demands, is clear and obvious. On the other hand, France has proved more than once that its national interests are a priority. Macron cannot constantly balance between Moscow, Washington and Brussels. As far as domestic politics is concerned, he manages to dodge the issues of radicalisation and migration. On the international arena, however, the time to take sides is approaching.

Macron believes that only Europe can assert real sovereignty and defend its own interests and values. However, the ability to do so must be constantly developed. With this statement, the president clearly shows that it is France’s vision to build a defence capability for the continent. Moreover, it is no secret that Macron seeks to create a “true European army” that would not depend on external, hegemonic powers treating Europe as a centre of rivalry.

The creation of a European defence force is one of Macron’s prime objectives, which he intends to implement if elected for a second term. This initiative could be supported by the Baltic states, including Estonia, and the other Takuba Task Force partners who maintain notably good relations with France―the Czech Republic, Denmark, Greece, Romania and Italy―as well as non-Takuba countries friendly towards Paris, such as Austria and Poland. Under these circumstances, France, with the largest army in the EU and raising its GDP on defence to 3%, could lead on the development of the necessary structures.

The Baltic States and French Politics

The military involvement of France in Estonia is a key factor in maintaining security in the Baltic states. The presence of the multinational NATO brigades constitutes part of NATO’s deterrence strategy and the French contribution (including international military exercises) demonstrates its willingness to be active in the region and readiness to stand up militarily, alongside its NATO Allies, to Russia. The military support of France, which publicly acknowledges that Russia will not dare to start any aggression against NATO and EU member states, frees resources for the Baltics states to concentrate on other challenges. The French Republic will not protect Lithuania, Latvia and Estonia from disinformation, the influx of migrants, cyberattacks and energy crises. However, the Baltic states can expect bilateral military cooperation in Africa and as part of multinational military exercises.

The Baltic states should not fear Macron’s talk of a new security architecture and his overtures towards Russia, but look for the opportunities they can present to fortify their sovereignty and independence. Macron’s desire for support in EU countries will require him to take account of the aspirations and goals of others.

The security of the Baltic states is essential for France. Their stability is necessary if France is to address other strategic issues, such as Ukraine, the wider Baltic region and the Balkans. Macron entirely rejects Russia’s desire to shape Europe by deciding who may or may not join individual alliances.

Election in France and its Aftermath

Whether Macron or Valérie Pécresse wins the 2022 presidential election, France’s policies towards the Baltic states are unlikely to change. In the event of a victory for Marine Le Pen or Éric Zemmour (such scenarios are unlikely), the French political line will shift significantly towards Moscow. Nevertheless, this will not fundamentally change the situation of the Baltic states, whose security continue to be guaranteed by NATO and should still maintain their relations with Paris.

Whatever the outcome, Russia will remain in a difficult position, because of its declining economy, social dissatisfaction, and substantial concentration on too many external crises.