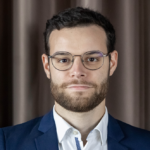 The current Italian government strongly supports Ukraine’s efforts to defend itself against Russia’s invasion. This support, mobilised under the leadership of Prime Minister Mario Draghi, is quite remarkable given the widespread perceptions of Russia and Ukraine that have been circulating in the Italian society. For years, the Italian public discourse has been influenced by the strategic narratives favourable to the Kremlin’s interests and damaging those of Ukraine.

First and foremost, the Kremlin has attempted to impose the idea that firmly supporting Ukraine does not correspond to Italy’s real interests. The promoters of this narrative have generally described Russia as a fundamental partner for Italy, notably in economic and security terms, and argued that Rome should work within the EU to restore good relations with Moscow. Cancelling sanctions and opening to concessions in Ukraine is deemed a necessary cost for good Italy-Russia relations. A second set of narratives, directly supporting the first one, has aimed at discrediting the Ukrainian government and Ukraine’s statehood.

It is not clear how the ongoing Russian invasion of Ukraine will affect Italian public debate in the long term. Largely in denial prior to the invasion and hesitant about implementing heavy sanctions following it, the Italian government seems to have now fully aligned itself with the firm position of its allies in NATO and the European Union. However, pro-Kremlin narratives are still popular and have the potential to regain large influence.

Download and read: From Rome to Kyiv, Passing Through Moscow: Russian Strategic Narratives in the Italian Public (PDF)