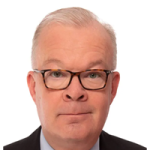 When Russia launched its open and brutal attack on Ukraine on 24 February 2022, Finland immediately realized that the security environment had fundamentally changed overnight.

A few days after the invasion, an opinion poll came out, showing that over half of Finns were now in favour of their country’s membership in NATO. In contrast, earlier surveys said that only about one in four respondents would approve of Finland joining the military alliance. This substantial shift in the public opinion provided a solid foundation for a rapid political reassessment of Finland’s security policy.

Moving at a Hypersonic Speed

In the absence of a pre-established model of how to move forward, the President, the Government and all the political parties in the Parliament made a commitment to achieve the broadest consensus possible through close dialogue and coordinated efforts. Notwithstanding, Finland’s tradition of seeking cross-party consent on key security and defence policy issues, unanimity at this critical time was essential. Under the circumstances, a strong and unambiguous signal both to Finland’s Western partners and to the Kremlin was urgent.

The spring developments progressed relatively quickly but cautiously. Considering that the parties had previously established positions, any major adjustments required the leadership’s approval. Absent such approval, the legitimacy of any change could be later called into question.

In a historic statement at the beginning of May, President Sauli Niinistö and Prime Minister Sanna Marin announced that Finland would apply for NATO membership at the earliest opportunity. The following day, as many as 188 MPs—out of 200—voted in favour. Already in spring, it was clear that membership in NATO would increase not only Finland’s national security but also stability in the entire Baltic Sea region and northern Europe in general. Whereas Finland’s military capacity and crisis resilience is seen as a valuable contribution to NATO’s collective defence.

Turkey’s unforeseen opposition to Finland’s and Sweden’s accession to NATO delayed the membership negotiations by a couple of weeks. In late June, however, the Madrid Summit formally invited both countries to join the Alliance. And by 5 July, they had already been granted observer status. Events have continued unfolding apace ever since then: the United States ratified the Accession Protocols in early August, making it the 23rd NATO member state to formally do so.

The Politics of It

For decades now, Finland has been making slow and steady progress toward full membership in the Alliance, as the grand old man of Finnish diplomacy, Ambassador Jaakko Iloniemi, described it. 2022 has brought it over the finish line.

Prime Minister Sanna Marin said in retrospect that from 24 February, she could already see that Finland’s accession to NATO would be at the top of her government’s agenda. Making the final call was not difficult, she added, as she favoured joining the alliance for quite some time. Although the official line of the Social Democratic Party under her leadership was different. At the EU fora, Marin watched most EU countries engage in close defence cooperation within NATO, while Finland had to observe from the sidelines. She anticipated that membership in NATO would become a pressing issue in the coming years regardless of the war in Ukraine.

Although most foreign and security policy experts realised already in March that the political process was moving decisively towards NATO membership, relatively few prominent politicians had publicly endorsed it till early May. This may have seemed frustrating—at least to the outsiders—yet Finland was motivated by a genuine desire to give room for an honest debate in parliament and avoid imposing decisions from above.

Of the parliamentary parties, only the National Coalition Party—whose former chairman Alexander Stubb, having previously served as the Foreign Minister (2008-2011) and the Prime Minister (2014-2015), was one of the most prominent advocates of NATO membership—and the Swedish People’s Party had always been the staunch supporters of joining the Alliance, even before Russia invaded Ukraine in February 2022. And by the spring, not only the Social Democrats, led by Prime Minister Marin, but also the Centre Party, had found themselves in the limelight. The latter has traditionally sworn by the name of military non-alignment but appeared to be surprisingly agile this time. The Green League, and especially the Left Alliance, seemed to have struggled with the issue the most but, nevertheless, abandoned their opposition in the end.

The most authoritative person with the longest public record of advocating for Finland’s accession to NATO is Martti Ahtisaari, former President (1994-2000) and Nobel Peace Prize Laureate. As early as 2002, Ahtisaari, having just left the office, stated that remaining outside NATO was not beneficial to the country’s security and that Finland—as a militarily non-aligned country—would soon be in the minority in the European Union. He pointed out that NATO was the only forum where the United States and the EU countries were on equal political footing. “Would it be wise to exclude ourselves from shaping our security environment?” the ex-president wondered. He originally suggested Finland and Sweden join the Alliance simultaneously. In 2016, however, he recommended that Finland apply for membership regardless of Sweden’s decision.

Former President Tarja Halonen (2000-2012) has distinguished herself as a champion of Finland’s military non-alignment, even in the years since she left office. For the first time, she publicly commented on the NATO debate during the spring only in May—the same day that the Parliament was voting on the issue. In a laconic tweet, Halonen voiced her support for the country’s leadership and said that applying for NATO membership was a necessary step in Europe’s changing security environment.

Long-time Foreign Minister (2000-2007 and 2011-2015) and current MP Erkki Tuomioja—known to be an independent thinker—was rather sceptical until the very end. In the spring, he continued to criticise the government for the lack of alternatives and blamed the media for biased reporting. In his opinion, Finland should rely exclusively on its own defence capabilities, as well as on the EU’s solidarity clause (Article 42.7 of the Lisbon Treaty) and closer cooperation with Sweden. In May, however, he voted in favour of joining NATO.

The Origins of the Opposition

Up-to-date and accurate information on NATO has been widely available in Finland for the past couple of decades. The government, various ministries, the media and organisations such as the Atlantic Council of Finland, did their best to keep the public informed. However, despite their efforts, certain allegations and misunderstandings have recurred year after year. For example, many people were unaware that NATO was an intergovernmental organisation where decision-making was consensus-based.

Many critics of NATO were disturbed by the United States’ dominant position in the Alliance. They alleged that the US was exploiting NATO to promote its own geopolitical agenda and instigate wars in foreign countries. Prime Minister Marin countered such arguments by stressing that the United States was a major security player, who has—among other things—provided commendable support to Ukraine and joined all the sanctions Europe imposed on Russia.

Opponents of the alliance feared that Finland—once in NATO—would be forced to abandon universal conscription and switch to contract-based recruitment, while the Finnish Defence Forces would be sent on risky missions outside Europe. They painted a threatening picture of how NATO could arbitrarily place foreign troops and nuclear weapons on Finnish soil, regardless of the Finnish people’s will to host them. The alleged economic costs were often inflated.

Finland Has Always Been Neutral, Hasn’t It?

The persistent misconception that Finland is still a neutral country “sandwiched between the East and the West”. It dangerously misrepresents this alleged neutrality as the core of our national security. Many of these deceptive bullet points have, indeed, been recycled in the debate in recent months. Yet, the tense security situation of today has managed to set the record straight.

Finland’s formal military non-alignment has significantly limited the scope of cooperation and intelligence sharing between our Defence Forces and the allied countries. This is what will change once NATO aspirations turn into reality. Finland will, nonetheless, continue to rely predominantly on its own military capabilities—the cornerstones of which are universal conscription and people’s high level of commitment to defend the nation.

Article 5 of the North Atlantic Treaty will, however, enable us to participate in common defence planning and implementation of and join NATO’s operational plans, as well as the command and control structures and systems required for them. It is all but certain that our Defence Forces will contribute to some common defence missions in peacetimes—such as the the Baltic air policing and the rapid reaction forces. In addition, Finland will be integrated into NATO’s Air and Missile Defence system, will participate in joint air and maritime situational awareness activities and deepen intelligence cooperation. Finland’s official letter of application did not put forward any reservations that would in any way restrict the deployment of NATO’s permanent forces, bases or nuclear weapons on its territory or limit military exercises in designated areas.

Noteworthy is a survey conducted by the Finnish Officers’ Union in March. It revealed that 91% of respondents recognized that NATO membership would provide the best possible conditions for Finland’s defence.

Already in May, the Finnish Defence Forces announced that about 20 exercises were added to their international training schedule—just under half of them were completely new, while the rest were partially or completely modified. The revised training plan signals the partner countries’ overwhelming support for Finland, as well as their readiness for increased cooperation, already during the accession process. The exercises will enhance Finland’s own defence capabilities, discourage any potential military aggression and prepare the country for its new status as a NATO member state. The scope of the future multinational training exercises is broad and involves all three branches—the Army, the Navy and the Air Force, with a prominent role assigned to the Special Operations Forces.

Sweden, Norway, the United Kingdom, the United States, Germany and France have been among the Finnish Defence Forces’ main partners in recent years, with NATO- or British-led exercises—such as the ones run by the UK Joint Expeditionary Force (JEF)—comprising the core of training. When Finland and Sweden join the Alliance, the JEF will consist of ten Northern European countries—all NATO members. It will maximize the task group’s effectiveness and create new opportunities, such as upgrading the defence of the strategically important Åland Islands.

NATO membership will, undoubtedly, have wider repercussions on our country’s foreign and security policy, as well as international role. The last remaining misconceptions about Finland’s position will be dispelled, and our country will finally take its due place in the Alliance, to which we have always known we belong.

With Finland and Sweden in NATO, Nordic-Baltic cooperation will grow even closer, as Pertti Torstila, former State Secretary at the Finnish Foreign Ministry, said. A “Nordic bastion” will arise, stretching from the North Sea and the Baltic Sea to the Arctic zone. Naturally, Poland, Germany, the Netherlands and the UK will be an integral part of this framework, advancing security and stability in the wider region. Not only is this development significant today—when Russia is waging a war of aggression in the heart of Europe—but it will remain significant when the guns fall silent.

After US President Joe Biden had signed Finland’s NATO ratification document in early August, Mikko Hautala, Finland’s Ambassador to Washington, declared that our country’s full membership was only a matter of months, despite Turkey’s objections.

Meanwhile, on the home front, support for the military alignment has continued to side among Finns: the latest polls now show over 70% of the population approve of NATO membership. There is no longer any doubt that the majority of Finland agrees with President Sauli Niinistö, “We are stronger together.”

This article was written for ICDS Diplomaatia magazine.  Views expressed in ICDS publications are those of the author(s).