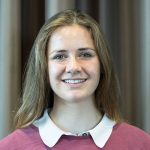 It is that time of the year again. Congress is busy with the National Defense Authorization Act (NDAA). Analysts write scathing critiques of the budget. Generals roam Capitol Hill, and defense lobbyists lurk in corners begging for a few more dollars.

The NDAA, which authorizes all defense activities for the next fiscal year (FY), is a gold mine for defense analysts and offers a rare glimpse at the entirety of the US Department of Defense (DoD).

Understanding the NDAA is important for US allies. US rhetoric on supporting allies in Europe is at a recent high due to the war in Ukraine, and President Joe Biden promised at the 2022 NATO Madrid Summit a host of new deterrent measures. Observers are led to believe that the US is refocusing on Europe, but the budget tells a different story. Examining the allocation of resources helps to explain what allies in the Baltics and Europe can expect from the US in the long run. The intricate “sausage-making” of the defense budget also offers insight into how different actors compare threats across the world.

Congress looks set to tacitly cut the budget of the European Deterrence Initiative (EDI) by not offering an inflationary offset. In contrast to the lack of funding for EDI, the House proposed funding for the more targeted Baltic Security Initiative (BSI), both chambers increased funding for the Ukraine Security Assistance Initiative (USAI), and there is stability in NATO and US European Command (EUCOM) commitments. The contrasting funding underscores that the US “re-engagement” with Europe focuses on short-term crises, not long-term threats.

The US defense budget process begins with an internal DoD process that produces the Budget Request. The Budget Request includes details on how much money the DoD needs and intends to accomplish. Then the House Armed Services Committee and the Senate Armed Services Committee produce “mark-ups,” forming the basis for each chamber’s NDAA. This is the stage that the 2023 budget is at. The House and the Senate must then conference to work out differences between the two bills before passing the same NDAA and a mirrored appropriations bill.

The 2023 defense budget suffered the most controversy for a recent defense budget. It came a month late, and when it was released, experts noted that the DoD locked in inflation assumptions in November, before inflation due to the war in Ukraine took off. The Chairman of the Joint Chiefs of Staff General Mark Milley admitted, “This budget assumes an inflation rate of 2.2%, which is obviously incorrect because it’s almost 8%.” Crucially, the budget request assumes a US dollar buys more than it can. The ugly reality is that the US military must forgo some activities and limit its ambitions if inflation is not offset. Luckily, Congress heeded calls to offset inflation, with the Senate increasing the topline by $45 billion and the House by $37 billion. Unfortunately, the inflationary offsets are at the discretion of the respective chambers, and the markups do not include universal offsets for all programs. If a program lacks an offset, it amounts to a budget cut.

EDI: Important for DoD, Not for Congress

EDI fits within this inflationary framework. The House’s inflationary offset amendment, which added $37 billion, did not include any additional funding for EDI, and the chairman’s mark only “fully funded” EDI. A summary of the Senate markup stated that it fully funded EDI, without any increase. The DoD requested $4.1 billion for mainly pre-positioning materials and increasing troop rotations in eastern Europe. This is an increase from last year’s $3.8 billion, but much less than the high of $6.5 billion in 2019. The DoD’s slight increase shows that there is a commitment within the establishment to the program.

EDI started as the European Reassurance Initiative in the wake of the Russian invasion of Crimea as a way for the US to reassure allies in Europe. EDI funds activities in Estonia, Latvia, Lithuania, Poland, Romania, and Bulgaria. The incoming US EUCOM commander called EDI “absolutely vital” to US military presence in Europe, equating it to “oxygen”. Previous EDI funds procured Javelin missiles in Estonia, some of which are now in Ukraine. Now, more than ever, the program is important. Observers in eastern Europe should wonder what priorities in Europe will the US forgo as inflation squeezes the budget. Considering the war and tensions with Russia, it seems illogical that Congress would not offer an inflationary offset. Congress is not as committed to EDI, as it is to other initiatives.

The Pacific Deterrence Initiative (PDI), a twin of EDI, received budget increases and inflationary offsets. The DoD requested $6.1 billion for PDI, but both chambers in Congress offered billion dollar increases to the budget. The differential treatment shows what Congress considers a long-term priority. Despite the US rhetoric on supporting allies in Europe and the war in Ukraine, observers should not forget that the US is not long for Europe.

US Projects Force in Europe

This is not to say that the US is going to abandon its allies in Europe, as the other parts of the markups show. In the House of Representatives, Baltic security concerns are politically popular. The House markup allocates $215 million to BSI and mandates a report on Baltic security and force posture. BSI started in 2020 as a way for the US to focus more intensely on Baltic interoperability and received $180 million earlier this year. The proposals have an uphill battle in the Senate, lacking champions and facing a difficult conferencing period.

More importantly, the markups show a continuing engagement with Europe. Both markups propose drastic budget increases for the USAI and inflationary offsets for EUCOM, military construction worldwide, and NATO. The House markup and Senate markup offer $1 billion and $800 million respectively for USAI. Many of the billions of the House inflationary offsets go to Operations and Maintenance, as well as Military Construction for the Services in unspecified locations. This means that the services can reinforce the bases and operate the locations they want. Some portion of the offset will go to maintaining current readiness, thus enabling the status quo of force projection.

What Does this Mean?

With both defense budget increases and decreases it can be difficult to have a coherent grasp of US defense attitudes towards Europe. That is by design. Fragmented interests and processes lead to attempts to please everyone. Is the US reengaging with Europe? Is the US pulling out of Europe? Looking at different parts of the budget, cogent arguments exist either way. Observers should analyze major trends and areas of agreement between the markups.

The BSI funding is not a good bellwether for US defense attitudes in Europe and is more likely the political pet-project of two Representatives: Ruben Gallego (D-AZ) and Don Bacon (R-NE). The other initiatives show a split in US defense attitudes. On one hand, the Congress and the DoD have an appetite to spend big on Ukraine and short-term crisis management. USAI funding and the $54 billion total for Ukraine support initiatives evinces this posture. With all this spending it is telling that the US does not increase the budget for the efficacious EDI. Congress is not eager to retrench in Europe in the long term.

Of course, the recent announcement by the Biden administration to create a permanent base in Poland and increasing troop presence across eastern Europe conflicts with this conclusion. Yet the announcement already came under fire from Congress members. Even policy analysts and academics warned against directing more resources to Europe. Moreover, the budget analysis shows that the pivot from Europe is not driven solely by firebrands in Congress, but also by the slow and methodical budget process. For both chambers to not offer an inflationary offset each member must have agreed to the tacit budget cut. Supporters of the pivot to Asia at the expense of all else may find their greatest ally in Congress. This fight is not going away.

Though the Biden administration will hopefully follow through on commitments, there is no assurance that the next administration will continue re-engagement. Accordingly, US commitment to Europe should be met with skepticism by European allies. The increased focus on European security is a temporary anomaly in the greater shifting US priorities. This could be problematic, as Russia may continue to pose a long-term threat to European security. European allies must be ready to step up defense expenditures and integration.