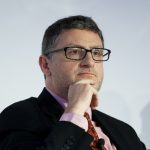 Since the 2000s, Russian gangs have adopted a new approach in the Baltic states.

In the 1990s, when the Soviet Union collapsed, Russian, Chechen gangsters and others similar to them burst into Europe, intent on building themselves underworld empires with money, intimidation and blood. Ultimately they failed, but since the 2000s they have returned in a new guise as criminal merchant-adventurers, seeking not territory but markets and allies. This new variety of gangster imperialism poses a subtle but serious threat to the Baltic region, especially given the criminals’ links with the Kremlin.

The Rise and Fall of the First Wave

At first, the criminal invaders appeared to have not just the appetite for empire-building, but also the capacity. Russian and Chechen gangs clashed for supremacy over the underworld of the Baltic states in particular, often linked to Russian-speaking local criminals. In Lithuania, for example, the activities of the “Vilnius Brigade”, led by the Russian-speaking Georgian Dekanidze family, became infamous, and Tallinn became a smuggler’s paradise, known wryly as “Metalinn”. For a while Estonia—a country with hardly any non-ferrous metal deposits—became the sixth-largest exporter of metals in the world, thanks to illegal transfers from Russia, sold on to or via local entrepreneurs. This trade was so criminalised and lucrative that turf wars escalated to the point that Tallinn briefly became Europe’s most violent capital. In the so-called “bloody autumn” of 1994, for example, Estonia alone reportedly experienced up to a hundred gang-related murders.

The Russian-based gangs were especially eager to internationalise, not least because of uncertainty as to quite what might happen in Russia, where fears of a return of the communists, a military coup or the rise of neo-fascist nationalism were all common currency. For many, then, developing operations abroad was not so much a source of revenue, but a drain on it: a loss-leader or investment in personal security.

They also seemed to have far more resources at their disposal than the local gangs they were facing. Besides which, the new democracies of Central Europe, not yet cradled within the European Union, were impoverished and inherited discredited police forces and anachronistic legal codes akin to Russia’s. However, many of these new opportunities were only temporary. The economies and law-enforcement structures of the Baltic region and Central Europe generally stabilised and developed through the 1990s and domestic gangs would soon seek to contest control of these markets.

The indigenous gangs’ home advantage often also manifested itself in the tacit or even active support of local police and security structures, which were concerned about the “invasion” they faced. The debate about the intrusion of Russian organised crime often quickly acquired a clearly nationalist tone, with talk of “colonisation” and “imperialism”, and became securitised. The presence of Russian gangs began to be considered—not without reason—also in terms of the presence of potential Russian spies, saboteurs and agents of influence. As one Estonian Security Police (KAPO) officer put it to me later: “In the late 1990s, and again after 2007 [when Moscow launched a cyber-attack on Estonia], dealing with Russian gangs was not just a police issue, but a vital security one”.

Boris Dekanidze had the dubious distinction of being the last recipient of the death sentence in Lithuania, being executed in 1995 for arranging the assassination of an investigative journalist. In Estonia, a series of Russian crime bosses such as Nikolai Bleskov and Boris Malinovsky were successfully prosecuted. By the early 2000s, particularly violent groups such as Lithuania’s Vilnius Brigade and the Panevežys-based Tulpiniai gang and most of the Chechen gangs there and in Estonia had been all but broken. As a result, the first expansionist wave of Russian and Eurasian gangsters was a failure, albeit a painful and bloody one. The invaders had been either forced to withdraw or reduced to being just one more player in the respective foreign underworlds.

For example, although now much less extensive and evident, a small Chechen underworld presence remained in Lithuania and Estonia, in particular. They are still involved largely in small-scale narcotics, gambling and protection racketeering. In 2005, a small cache of weapons was discovered near Rukla in Lithuania, site of a Chechen refugee centre. However, concerns that this might have some connection with terrorists or insurgents in the North Caucasus came to nothing. If anything, the more ambitious and militant Chechen criminals have moved, especially to Germany and Austria.

In 2011, a Russian police officer told me: “Listen, last time, our gangsters thought they could just bully their way in. This time they will be much smarter.” He was right. During the 1990s, many Russian and Russian-based criminals were forced out of the Baltic states and the majority of their operations closed down. While on the whole they withdrew from street-level activity, they maintained contacts, all of which could be built on afresh.

From the 2000s, the Russian gangs adopted a new approach. They have phenomenal assets, with their own country as a virtual safe haven and a warehouse of criminal resources of every kind. Although there has been some progress in fighting organised crime in Russia, this has largely been driven by police and prosecutors, not the Kremlin. The regime itself appears to regard organised crime as at worst an irrelevance, at best a potential asset. Nonetheless, a third of all Afghan heroin flows through Russia, some to be traded for Latin American cocaine, and other drugs from methamphetamines to marijuana are harvested or manufactured there; its banks are still able to launder money largely out of sight of the West; and its criminals have skills from hacking to assassination. As a result, the Russian gangs have instead positioned themselves with the underworlds of Europe as wholesale suppliers, allies and even speculative investors.

This is notably the case in the Baltic states—crucial elements of what Europol calls the “North East Hub” of European organised crime. While Latvia has embarked on a serious and laudable effort to clean up its financial system, which for too long was worryingly open to criminal money laundering, the challenge of dealing with dirty money with relatively small police and regulatory agencies means that all three countries remain vulnerable to being used by the Russians as waystations in their laundry cycles.

More generally, the countries’ location and good communications mean that they are tempting nodes for smuggling operations. The Lithuanian port of Klaipeda is used for importing cocaine from Latin America, for example, in operations which are often bankrolled by the Russians, while large amounts of illegal tobacco products come into Latvia along the Belarusian border, again through networks dominated by the Russians. While there is some flow towards Russia, from stolen goods to sanctioned luxuries, the main traffic is into the Schengen zone. Drugs, counterfeit goods, untaxed cigarettes—whatever illicit commodity for which there is a market, the Russians can provide. However, they largely sell in bulk to local gangs, whether for their own use or for resale further south and west. The Russians are no longer competitors to local gangs, but suppliers, able to provide reliable, cheap criminal goods and services.

All this poses a multifaceted challenge to the Baltic states, and one that is in many ways rather more complex to address than the thuggish invaders of the 1990s. First, it contributes to a strengthening and consolidation of domestic organised crime. Ironically, this is to some extent a temporary by-product of the increasing effectiveness of local police and judicial structures, which has contributed to a Darwinian process whereby smaller gangs are swallowed by larger ones, less efficient ones by more business-like ones, and more overt ones by less visible ones. Europol has, for example, called Lithuania’s gangs among the “best-resourced groups” in Europe. One of the ways many gangs retain and improve their efficiency and low profile is by working with the Russians, especially through senior figures often still known as vory v zakone (“thieves within the code”) now settled in the region, such as “Vyatlag” and “Dzhemo” in Latvia and “Slava Kemerovsky” in Estonia (the last currently in detention).

At the same time, however, this can become more than just a law-enforcement concern. Especially since 2014 and the dramatic worsening of relations between Russia and the West, Vladimir Putin has created what could be called a “mobilisation state”. This is not totalitarianism, but it does rely, in effect, on operating under wartime rules. Put simply, every Russian individual and institution, whether business or journalist, charity or criminal gang, can be called on when its services are needed by the state. Increasingly, Russian-based organised crime groups are being mobilised as adjuncts of the already extensive intelligence and security apparatus. They have been used to conduct surveillance operations, smuggle people across borders, generate so-called chernaya kassa (“black account”) moneys with no evident Kremlin connection to be used for operational purposes, and even assassinate low-level targets.

These activities are generally carried out by the Russians themselves, but they can also draw on those local gangs with whom they do business. After all, when KAPO officer Eston Kohver was kidnapped in 2014, he was investigating an Estonian cigarette-smuggling ring that had been encouraged to collaborate with the Russian Federal Security Service (FSB) in return for free passage across the border. Similarly, there are reports that gangs smuggling across the Kaliningrad-Lithuanian border are increasingly being targeted as potential assets by not only the FSB but also—given the continued militarisation of this Russian exclave—military intelligence (still generally known as the GRU).

The irony is that the 1990s generation of would-be conquerors had relatively few serious contacts with the Russian state. If anything, they were fleeing it, rather than embedded within it. The new generation of merchant-adventurer gangster from Russia—generally smarter and more business-like, and often linked with the state—poses a potentially far more serious security challenge, especially if relations between Moscow and the West continue to worsen.

Filed under: CommentaryTagged with: Estonian Foreign and Security Policy, Russia