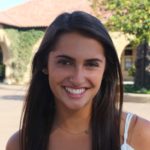 In the course of 2018-20, development of Fifth Generation (5G) communication networks has been increasingly influenced by the considerations of national security and geopolitics.

The largest provider of 5G equipment, the Chinese mobile telecom giant Huawei, has come under fire from the U.S., Czechia, Poland, and other nations in recent years for attempted espionage, theft of intellectual property and other nefarious activities; in the past month, UK decided to ban Huawei technology from its networks. All this comes into sharp focus as the geopolitical confrontation between Washington and Beijing reaches new heights. However, China is one of the EU’s largest trading partners and has worked to establish its economic, political, and cultural influence in various Member States.

The EU and NATO have both released standards for member states must use when gauging the security of potential 5G networks. Yet, the EU in particular has not enacted a blanket ban or sweeping restrictions on the Chinese 5G equipment providers, leaving the tradeoffs between national security, technological progress and cost-efficiency to individual states. Although the Baltic states are well-versed in dealing with cybersecurity challenges, their road to 5G development is going to be complex. Whole-of-society awareness, political diligence, technical competence, regional cooperation, and resilience to Beijing’s influence operations are needed in forging a clear path to 5G that is aligned with their key geopolitical interest—maintaining their close strategic alliance with the United States.

This brief aims to explore the geopolitical factors at play in determining the Baltic states’ 5G policy and regulations, with a particular focus on the EU, U.S., and China’s influence. It also provides a short of overview of the state of current 5G networks and regulations in the Baltic states while identifying challenges that the region will face in the coming years.

Download here: Between the Chinese Dragon and American Eagle: 5G development in the Baltic states (PDF)