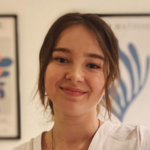 The revolution in Germany’s security and defence policy following Russia’s invasion of Ukraine has rightly received much attention. But other European states, like Sweden, are responding in unprecedented ways too.

Putin has misread this so badly that now Sweden is sending Ukraine thousands of missile launchers. Sweden. The IKEA guys. – @AliceAvizandum

News of Sweden’s decision to send 5 000 anti-tank weapons and other military equipment to Ukraine spread quickly on social media. Many were surprised that this supposedly non-confrontational country had decided to donate weapons. This is the first time Sweden has donated arms in significant numbers since the Soviet Union attacked Finland in 1939. But the decision was well received at home. There were even many calls for the government to do more—Swedes, apparently, did not get the memo about their supposed ‘neutrality’ in the conflict.

Exactly one month before Vladimir Putin began his invasion of Ukraine, Sweden’s Minister for Foreign Affairs, Ann Linde, was asked about possible military support. She responded that Sweden would provide aid for Ukraine in many ways, but that strict legislation would prevent it from exporting or donating weapons to a country involved in a military conflict. Her statement met a backlash, not least because the law actually says that Sweden should not—not cannot—supply weapons to countries involved in armed conflict. In fact, in 2020, Sweden’s arms exports were worth 1,6 billion euro with companies providing arms worth 320 million alone to the United Arab Emirates, an active participant in the Yemeni Civil War.

The ‘bourgeois’ bloc, that is the conservative and liberal parties, pushed back against Linde’s position. When Sweden’s defence commission (Försvarsberedningen) met on 3 February to discuss measures to strengthen defence, the bourgeois parties called for a broader discussion and the topic of military support to Ukraine was hotly debated. On 15 February, the Moderate Party (the largest opposition party) called for an inventory of available equipment that could be provided to Ukraine as “defensive weapons”. This phrasing underlined that these weapons were meant to help Ukraine execute its right to self-defence, evoking the weight that Sweden and many other small states put on their right to sovereignty.

Military Non-alignment Is Not Neutrality

An important context for Sweden’s foreign and security policy is that Sweden, although militarily non-aligned, does not hold any position akin to ‘neutrality’. In fact, the basis for much of Sweden’s foreign and security policy is the Declaration of Solidarity from the Defence Act of 2009, which states that “Sweden will not be passive if a catastrophe or attack should hit another EU country or a Nordic neighbour,” and requires that Sweden should “be able to give and receive support, both civilian and military.” Through the Declaration, Sweden sets out its expectation that it will both provide support to and receive support from others in times of crisis.

Although Ukraine is neither a Nordic neighbour nor an EU member, there was no debate about whether it would be covered by the Declaration. Instead, the debate was on the ‘what’ and ‘how’. The left-wing parties have focused more on civilian means of support, while the bourgeois parties have advocated military support for Ukraine’s efforts.

Once Russia launched its full-scale attack things moved quickly. On 27 February, Minister of Defence Peter Hultqvist announced that the government had consulted other countries and found “a balanced way to collectively support Ukraine”. The very next day in the Riksdag (the national legislature) seven of eight parties voted to supply Ukraine with defensive weapons, with only the Left Party objecting on the basis that Sweden should not send weapons to armed conflicts.

Both external and domestic factors played key roles in the decision. Internally, this may be an important turning point for Sweden. The Left Party is already re-evaluating its vote and changing its position on military support. The concept of solidarity outlined in the Declaration is becoming, through practical application, less vague and less susceptible to political manoeuvring. Putin’s actions have united and even changed Swedish political parties’ security policies, and the Declaration can now be interpreted as an obligation to intervene with military instruments if needed.

Where these developments will lead is not certain. However, more Swedes are in favour of NATO membership than against it for the first time. The Swedish Democrats have indicated that they may reverse their previous objection to NATO membership—which would make a majority of the Riksdag in favour. As a result of Putin’s miscalculations over Ukraine, “the IKEA guys” are more closely aligning their perceptions of solidarity with NATO’s notions of collective security.