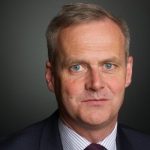 Has Germany’s foreign policy undergone a fundamental and permanent shift? The answer might be found in six tests.

In October 2020, a year ahead of Germany’s national elections, the Munich Security Conference (MSC) published a special report on German foreign policy entitled Zeitenwende – the ‘turn of an era’ or ‘paradigm shift’.

We argued that “Germany’s commitment falls short not only of the expectations of its most important partners but also of the requirements arising from the strategic environment.” Truth be told, we were hardly the only ones to come to this conclusion; in fact, this was the majority view in think tanks in Berlin. However, for years successive governments had paid little heed to warnings from at home and abroad.

On 27 February 2022, three days after Russia’s renewed invasion of Ukraine, Chancellor Scholz gave what has rightly been described as an historic speech in the Bundestag. He announced a massive increase in defence spending and confirmed that Germany would deliver weapons directly to Ukraine. The key term in his speech, coincidentally, was Zeitenwende.

Since then, in part because of the drawn-out debate over providing heavy weapons to Ukraine, some have questioned whether there has in fact been a tectonic shift in German foreign policy or whether Berlin will soon return to business as usual. Which raises a further question: what exactly does it take to have a Zeitenwende?

In my view, we should assess six factors. We might call them cash, hardware, Ukraine, mindset, trust-building, and decision-making.

Cash. Budgets do not lie. The resources made available for defence will be a key metric in judging whether Berlin has changed course. In his February speech, Chancellor Scholz announced the creation of a special 100 billion euro fund. He also announced that Germany “will now – year after year – invest more than two percent of our gross domestic product in our defence.” Not everyone is enthusiastic for this prospect. Others question whether defence spending will remain at 2% for longer than a few years. The 100 billion package is yet to be adopted by the Bundestag (requiring a two-thirds majority). So, the jury is still out. But we can safely assume that partners and allies will take the Chancellor at his word – backsliding on this historic commitment would carry major risks.

Hardware. How this money is spent will be equally important. Will the special fund be devoted to defence only, or will it also be used for development and diplomacy? Will additional spending go to fixing the most pressing readiness issues? Will German defence investments contribute to addressing key security threats or only to ‘feathering our nest’? Will Germany invest sufficiently in emerging and disruptive technologies? How fast will projects be taken forward? Will Germany, as signalled by Foreign Minister Baerbock in April, ramp up its presence on the eastern flank and contribute to a stronger, permanent posture above and beyond the enhanced forward presence?

Ukraine. In the short-term, supporting Ukraine will be a key test of Zeitenwende. Germany is doing more than many realise. But the pace of decision-making and a minimalist approach to communication have raised questions. Ukraine will by necessity be part of a new German policy towards Russia, which should be based on the understanding that there can be no return to the status quo ante and that it must be closely aligned with partners and allies.

Mindset. All the above will not matter unless there is a fundamental change in mindset and strategic culture. As became evident in the past weeks, “the world according to Germany” (to quote Thomas Bagger’s 2019 article) bore little resemblance to the real world. Germany needs to come to terms with great power competition and systemic rivalry. It must acknowledge that the use of force is a currency in European security and that over-dependence (as in the case of China) will be used against us. This kind of paradigm shift does not happen overnight. It requires hard work, and above all, leadership. If in the process we overcome a widespread arrogance that somehow extracts from German history a sense of moral superiority, it will be a bonus.

Trust-building. German leaders feel that they have taken huge steps since 24 February and not without reason. However, not only are many in the EU and NATO critical of Berlin’s handling of the current crisis, but there is also a sense that for years Germany ignored partners and allies, dismissing what turned out to be accurate assessments of Putin’s intentions. Reflecting on this, and referring specifically to Nordstream 2, President Steinmeier spoke in April of a “loss of credibility with eastern European partners.” Rebuilding credibility will take more than words. But it is worth remembering that the Federal Republic has always done well when making the extra effort to listen to its partners and factoring in their concerns and interests.

Decision-making. In its 2020 report, the MSC argued that Germany’s national security architecture was not up to the task. We pointed to the increasing complexity of security issues, the need to coordinate a growing number of government agencies, and the ever-shrinking timeframes confronting decision-makers. One remarkable aspect of Nordstream 2 is how Berlin treated energy policy as unrelated to national security. Whether Berlin beefs up the existing Federal Security Council or creates a new structure will tell us a great deal about Berlin’s willingness to learn from recent failure.

Russia’s attack on Ukraine was a brutal wake-up call for Germany. The government coalition and the conservative opposition understand that change is needed. Polls suggest that many voters agree. Clearly, turning Zeitenwende into something real will be hard work, not least because the coalition has other projects that it must take forward. However, it is also clear that defending Europe’s core interests and values requires Germany to finally take on its responsibilities. Call me an optimist, but in the end, I believe we will deliver.