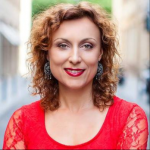 The Russian people believe that mass repressions were necessary to get the Soviet Union back on its feet.

Throughout Russia’s history, its population has had a special affinity for strong, and on many occasions quite controversial, figures. Indeed, it would not be wrong to say that authoritarian leaders who have guided the Russian people with a strong hand are revered by Russians to a much greater extent than “liberal” or “modest” (thus indecisive and weak in Russia’s view) figures. Without reservation, the Soviet dictator Joseph Stalin—by far the bloodiest Russian/Soviet leader—is the most controversial figure in both Russian and world history. The paradox is that, despite the terrible suffering endured by Russians (and non-Russian nations) during Stalin’s dictatorship, his popularity among ordinary Russians today has reached a dauntingly high level. In the light of the forthcoming 75th anniversary (on 9 May 2020) of the victory over Nazi Germany—one of Russians’ most revered public holidays (95% celebrate it every year)—one might wonder about two things. First: why has Stalin (whose role in the military defeat of Germany was controversial, to say the least) chosen by Russians as the main symbol of the victory? And second: what consequences could the continuing “Stalinisation of the collective consciousness” have on Russian society and Russian domestic and foreign policy?

Transformation of Public Opinion: From Denunciation to Approval

Since the 20th Congress of the Communist Party of the Soviet Union (14–25 February 1956) and Nikita Khrushchev’s in many ways revolutionary “secret speech” on the personality cult of Joseph Stalin, criticism and disapproval of the Soviet dictator has (aside from the Brezhnev’s era of stagnation) experienced an upward trajectory. This was true of the 1980s (Stalin’s portrait was hardly seen in the victory parades during this period) and the early 1990s.1 However, history has shown that in the hearts and minds of ordinary Russians Stalin remained “very much alive” (zhivee vsekh zhivykh). From the early 2000s onwards, despite improving economic conditions experienced by the majority of Russians, the popularity of the dictator grew by leaps and bounds. According to Levada-Center, the dynamics of the public’s opinion of Stalin in the 2000s could be divided into three main periods:2

In 2019, a new (not yet conclusive, but frighteningly dynamic) period began, marked by a positive attitude towards Stalin (even among young Russians) and has reached a new high. According to the latest poll (March 2019), 70% of Russians consider Stalin’s role in Russian history as positive. Half of survey participants defined their feelings towards Stalin as “respect” (use of this attribute has increased by 41% in comparison with previous polls), “admiration” or “sympathy” (51% in total). On top of this, the number of respondents who are ready to justify human losses “by the great results achieved by the USSR in an unprecedentedly short period” has grown from 36% in 2017 to 46%.7 Another worrying tendency is the shrinking number of people who experience irritation, fear or disgust towards Stalin, which dropped to a mere 14%; and just 19% of respondents evaluated Stalin’s role in Russian history as negative, which contrasts sharply with the figure in 2003 (33%).8

Last but not least: it is also quite remarkable that these people are not only supporters of the Russian Communist Party (KPRF)—whose support would have been understandable, at least to some extent—but also Putin and/or Zhirinovsky voters, who have assessed Stalin’s role as positive and highly valued. In a way, the Soviet dictator has become a symbol that now unites different social and age groups, political orientations, walks of life and professions—the embodiment of a strong, independent, universally respected and just Russia.

Sociological polls are one way of looking at and measuring Stalin’s popularity. But there are others. On 5 March 2019—the anniversary of Stalin’s death—hundreds of people with red carnations (a symbol of deep love and affection) gathered near Stalin’s grave near the Kremlin wall in Moscow, giving rise to a popular campaign under the slogan “Two carnations for Comrade Stalin”. This year, 8,600 carnations were laid on the dictator’s grave.9 On 9 May a bust of Stalin was unveiled in Novosibirsk. Two days earlier, a large banner with his image was posted in Surgut, with the words “He saved the Jews of Europe from genocide: Poland, Germany, Romania” below his photo. Another worrying incident took place on 9 May this year: in addition to the traditional military parade and the March of the Immortal Regiment, for the first time a so-called “Stalin’s Regiment” was marching. The procession, numbering many thousands, was headed by the leader of the KPRF, Gennady Zyuganov, with some of the younger participants carrying Stalin’s portraits with the slogan “He is like a father to me”.

These and many other instances point to the following conclusion: in the eyes of the Russian people, it was Stalin who “saved” the USSR and its nations from the mortal peril of Nazism. Thus, his wrongdoings—which were terrible in terms of the consequences and senseless in meaning—and purges (including in the military, “decapitating” the Soviet army) are seen as a “necessary evil”.

Stalin’s image is also widely used in commerce. Images of the young Stalin advertise fashionable haircuts, wine, vodka and beer; quests in which participants are invited to escape from the Gulag (the system of terrible concentration camps created during Stalin’s rule) are enjoying remarkable popularity. Very little surprise will be caused in Russia by companies and businesses having names such as “NKVD” (the USSR’s interior ministry and an instrument of mass terror and intimidation during purges, deportations, massacres and political assassinations), “Chekist” (Soviet-era secret police) or “Koba” (Stalin’s nickname in gangster circles). Online advertisements are even offering NKVD-style uniforms for children.

These and numerous other examples showcasing the growing popularity of one of the bloodiest dictators history has ever known underscore an unsettling reality: Stalin has not only become one of the most revered historical figures in Russia, but has, above all, seemingly become an important element of Russian national identity, a truly symbolic personality, and part of the ongoing mythologisation of the Soviet past.

Stalin as a New Symbol of Russian “Patriotism”

At the beginning of the 21st century Russia began to experience a resurgence of patriotic feeling. However, the points of pride that ordinary Russians could have for their country remained relatively few, which contrasted sharply with the Soviet period. In Russia’s collective consciousness, challenges still faced by the country in the 2000s were primarily ascribed to the “wrongdoings of the liberals”, who launched  reforms in the early 1990s (highly unpopular both then and now, and “designed” and “orchestrated” by the West, of course) as a means to impoverish, further humiliate and destroy Russia.

As a result, many Russians began to experience nostalgia for the Soviet period, when the country—successful in sport, industrialised, militarily powerful and thus respected worldwide—could care and provide for its population, who, even though poor and unfree, enjoyed apparent equality and egalitarianism. Boris Yeltsin did not notice this transformation, due to a number of objective and subjective factors; but Putin, unlike his predecessor, started toying with the idea of igniting nostalgia for Soviet times among Russians. His memorable remark in April 2005 about the dissolution of the USSR being the biggest geopolitical tragedy of the 20th century must have gained added popularity and respect for the nation’s leader who was about to challenge the West, to the great exhilaration of the Russian domestic audience.

It is interesting that Putin’s initial “patriotic agenda” sought to combine pre-1917 and Soviet symbolism; however, the domestic audience clearly favoured the latter, which was stipulated by a number of factors—with victory in World War II and the status of military superpower (relived from much-hated oligarchs) arguably playing the key role. In the Russian collective consciousness, both these aspects were inseparable from the personality of Stalin—a person who is said to have led the USSR to victory (irrespective of the costs and his personal failings) and led a very modest lifestyle (after his death, only a pair of old boots and a pipe remained).

In the early 2010s, mythologisation of Stalin was primarily pinned on two main components:

Following the annexation of Crimea in March 2014, events in the Donbas and the subsequent political debacle with the West, Russian society has started to see Stalin as a symbol of justice and true, unyielding patriotism; a person ready to stand up for Russian national interests irrespective of the potential repercussions. Under these circumstances, the myth of Stalin has acquired new shape and meaning.

Rocketing levels of public support for Stalin in Russia do not imply that his rebirth is inevitable. As noted in the 1990s by Russian playwright and historian Edvard Radzinsky—a person who caught the vibe of Russian society’s growing interest in Stalin and predicted that his popularity would grow rapidly—if demand among the Russian public for a conditional “Stalin” does not subside, he will return onto the Russian political scene one day in a different form, but filled with the same substance. What is more frightening is that most recent polls show that public support for Stalin is now higher than it is for Putin.11 This means that the public demand for a “strong hand” (traditionally visible among Russians) is very high today, and arguably will continue to grow. With Putin approaching the end of his presidency (and political career), it is indeed frightening to consider who might replace him in the near future.