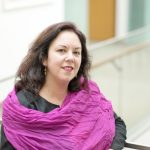 Observers are debating whether the robust sanctions packages introduced by the EU in response to Russia’s full-scale invasion of Ukraine are an effective tool to halt aggression. Although this looks unlikely, the question detracts from the fact that the sanctions operation is a turning point in EU policy with lasting repercussions for the Union’s role in the new security reality.

The current sanctions regime against Russia is not typical of the sanctions that have been implemented through the EU’s Common Foreign and Security Policy. Rather than being adopted in reaction to democratic backsliding, repression of civilians, or civil strife, these packages were wielded in response to an act of international aggression. While this is the type of situation most likely to attract resolute action from the EU, it is, paradoxically, unlikely to succeed in compelling the invading forces to retreat, or in reducing bellicosity.

Historically, sanctions have been closely linked to armed conflict. More often than not, sanctions have been used as a companion, or a prelude, to the application of military force. Only in the early 20th century did the idea emerge that sanctions could be used as a substitute for force. This idea was reflected in the Covenant of the League of Nations, which foresaw the automatic application of a full embargo on any country that committed aggression against another. But the hope that sanctions could replace military force to address aggression was soon abandoned. The Charter of the United Nations, the League’s successor, allowed the Security Council a choice of measures to apply to repel aggression.

Since the end of the Second World War, we have witnessed a preference for imposing arms embargoes on violent conflicts in the hope of reducing their deadliness. Often, these have been accompanied by military deployments. This shift is a result of both the difficulties experienced by global organisations in mounting a collective response to aggression, and of the realisation that there is a mismatch between the speed at which military operations and sanctions can achieve effects. Military force is swift while sanctions are slow. Sanctions have been applied with at least some success on less urgent situations, such as coercing majority-rule regimes (in Rhodesia and South Africa) or preventing nuclear proliferation (in Iran or post-Gulf War Iraq).

As regards Ukraine, the big unknown is whether Western sanctions will eventually be able to halt Russia’s invasion. The odds do not look good. Sanctions, no match for military force in terms of speed, are generally unsuitable instruments to stop war. This is also true of the war in Ukraine, despite the exceptional severity and speed of the sanctions packages. In addition, the current sanctions on Russia face the particularly daunting task of hitting an economy that has been shielded against sanctions for years. Moscow, under limited sanctions since 2014, knew what was coming, and had time to prepare.

Furthermore, as the crisis was planned in advance by Russia, Western sanctions were deprived of most of their surprise effect. Moscow anticipated both economic harm and stigmatisation, but still its calculations favoured the option of launching a war – it is thus unlikely that the actual imposition of punitive measures will alter this equation. Chancellor Olaf Scholz justified Germany’s reticence to agree to a ban on the import of gas, contending that “if Putin were open to economic arguments, he would not have started this absurd war”.

The sanctions as a turning point

Nevertheless, the EU’s sanctions effort constitutes a turning point in its security policy that may well have effects lasting beyond the current crisis. The EU packages are remarkably severe. Never have such robust restrictions been adopted at such speed. The successive waves have come more swiftly than even those deployed by the EU in reaction to the Syrian war in 2011. And some measures, such as the withdrawal of Russia’s most-favoured-nation status which had allowed tariff reductions, are entirely new to the EU’s security policy toolbox.

The level of coordination with Western allies has also been unprecedented, including not only traditional partners like the US and Canada, but also Japan, Australia and South Korea. This group of like-minded countries sees itself as substituting for the action that the UN Security Council is prevented from taking due to the Russian veto.

Most importantly, the current effort heralds a new era. The EU is boosting its agility and preparedness in the sanctions field. Export controls are being strengthened and will approximate those operated by the Coordinating Committee for Multilateral Export Controls in the Cold War. They may well remain in place after the end of the Ukraine war.

This is also a turning point in sanctions implementation. For the first time, action is being coordinated with non-EU countries. The Commission has set up a Freeze and Seize task force to orchestrate cooperation among EU member states and to work alongside the G7’s Russian Elites, Proxies, and Oligarchs task force. This transformation, effected in less than one month, is nothing short of revolutionary – particularly against the background of a major reorganisation of energy supplies to EU countries and a steep increase in military spending by key member states like Germany.

The hope is that the current approach can become the new standard for an EU better equipped to address security challenges in the post-Ukraine war international environment.