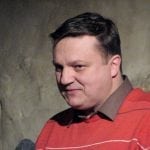 On 18 March 2018, the presidential election was held in Russia. Some called it a boring election, since the outcome was known beforehand. Most observers predicted that the incumbent president, Vladimir Putin, would secure 70–80% of the vote, which turned out to be correct. Putin received 76.67%, followed by Pavel Grudinin with 11.79%, Vladimir Zhirinovsky with 5.66%, Ksenia Sobchak with 1.67% and Grigory Yavlinsky with 1.04%.

However, the biggest question in the election was voter turnout. Any current opposition party hoped that fewer than 50% of voters would go to the polls. Instead, 64% of the electorate voted. The legitimacy of Vladimir Putin, who once again resumes duties as president, is therefore quite significant. Such a large constituency enables Putin to take the most unexpected steps as president, which is something to be wary of.

I was most interested by the nation-related aspects of the election. Since Putin had intentionally begun to eradicate the national educational system through various provisions, and because his efforts had thus far been met with meetings and protests, I believed that the indigenous peoples living in Russia would demonstrate their dissatisfaction and vote against him. I must admit up front that my expectations were wrong.

First, I looked at the Finno-Ugric republics. The Mari make up 41.9% of the population of the Mari El Republic; the Moksha and Erzya people make up 40% of the Republic of Mordovia; the Udmurt people account for 28% in the Udmurt Republic; and the Komi 23.7% of the Komi Republic. Putin’s vote was as follows: 85.35% in Mordovia, 76.23% in Udmurtia, 74.0% in the Mari El Republic, 73.04% in the Republic of Karelia [where 7.4% of the population are Karelians—Ed.] and 71.07% in the Komi Republic. It is therefore clear that in percentage terms Putin actually collected the least votes in the republics of Karelia and Komi, where the Finno-Ugric peoples make up the smallest proportion of the population.

Looking at the results of other candidates, it is very clear that there is not much difference between voting in the Finno-Ugric republics and the nationwide results. Still, it can be said that Pavel Grudinin, the Communist Party candidate, received slightly more votes (14.6%) in the Mari El Republic than the average across Russia. Grigory Yavlinsky, the candidate of the Russian United Democratic Party “Yabloko”, also collected more votes in the Republic of Karelia (1.8%) than the national average. It is also clear that Vladimir Zhirinovsky, the candidate of the LDPR (formerly the Liberal Democratic Party of Russia), had nearly twice as much support in the Komi Republic (10.2%) as the average across Russia.

When comparing the results in administrative districts with the general results of the Finno-Ugric republics, it becomes evident that indigenous voters typically voted for Vladimir Putin more than the electorate of the republic as a whole did. This is most likely due to the purely pragmatic desire to vote for the winner because you never know what the future holds. Yet the future is in Putin’s hands! The Communist Party candidate, Grudinin, generally received fewer votes in administrative districts, even farming areas, than in the republic as a whole. Perhaps the latter regions would have been more likely to support the relatively conservative-minded Grudinin, who favours the development of agriculture. The liberal-democrat Zhirinovsky, on the other hand, earned a very good result in the Finno-Ugric republics as well as in other districts populated by Finno-Ugric peoples, topping his general result in Russia as a whole. In several administrative districts in the Komi Republic, he even beat the communist representative Grudinin. This is interesting since Zhirinovsky had reputedly promised to free the Russian peoples from nationalism or, in his words, the national burden. This begs the question whether the desire to rid oneself of one’s language and culture has already grown so strong among the Finno-Ugric peoples, or is it something else? We must recognise the fact that Yavlinsky received less support from the Finno-Ugric peoples than in the Finno-Ugric republics as a whole. In almost all of these, his general result was very different from that achieved in the administrative district. In other words, the Finno-Ugric peoples are still very far from having the democratic world-view as we understand it.

But how did the Russian presidential election go in other administrative districts, which in the Russian Federation are predominantly organised by republic?

Putin received slightly fewer votes in the republics of Khakassia and Yakutia, which are located in Eastern Siberia, although he did collect over 90% of the vote in Tuva. Generally, however, he received a bigger share of the vote in the national republics than in Russia as a whole, especially in the republics of the Northern Caucasus where his support exceeded 90%. Grudinin received more support in eastern republics such as Yakutia, where he collected 27.3% of the vote, and Altai (20.3%), although his level of support was mostly lower than in Russia as a whole, with less than 5% in some places. Nevertheless, Grudinin beat Zhirinovsky in every republic in the Russian Federation.

For instance, with a few exceptions Zhirinovsky collected significantly fewer votes in national republics other than the Finno-Ugric republics. He received fewer votes particularly in Dagestan and Chechnya, where he sometimes even fell behind Yavlinsky. This lack of support for Zhirinovsky certainly indicates a stronger national sentiment among these peoples; they simply do not find Zhirinovsky’s sometimes chauvinistic statements acceptable. It is evident, however, that Yavlinsky received significantly less support in the national republics than the all-Russia average. The biggest exception here was the Republic of Ingushetia, where his vote was twice the proportion of that in Russia as a whole.

In conclusion, this election did not reveal much about the views and preferences of these peoples compared to the voting preferences of the Russian-speaking population—though in truth, none of the presidential candidates touched upon the issue of national politics. For instance, no candidate said that he or she stood for national language education of the Russian peoples or that Russians living in national republics should learn the local language at school. Russian national republics supported Putin, who approves of the elimination of national language education, perhaps even more than the other Russian regions on average. He received slightly fewer votes in the Far East and Eastern Siberia, as well as in larger cities such as Moscow. However, the Republic of Sakha (Yakutia) is something of an exception. Political observers have noted frustration with its current administration among voters, and people have already demanded that the head of the republic step down. Meanwhile, Grudinin gained the most support in eastern Russia and some support in rural areas, particularly in regions where agriculture is more important. Nevertheless, communist candidates generally received several million fewer votes in Russia than in the previous presidential election in 2012. Zhirinovsky’s results were best in the northern regions of Russia, where in some places his share of the vote rose to nearly 10%, and in the Far East. Yavlinsky’s support was mostly in St Petersburg and Moscow, where he received over 3% of votes. Hence voting for the candidates tends to follow the power lines in the larger regions, with northern and eastern regions contrasting with central and southern parts of Russia. The differences between city and rural populations are also significant. The role of ethnicity was thus quite marginal this time. While the proportion of different nationalities is generally growing, the nationalities in Russia should perhaps express their national attitudes in stronger terms in future—or the existence of national republics in Russia may be called into question.

The Russian presidential election has taken place, and people have shown a relatively large degree of unity. This is based on the idea, deep-rooted in Russian society, that the country is surrounded by enemies and those who do not vote for Putin are against Russia and in favour of the West. Even Russians living in Estonia were overwhelmingly pro-Putin, with him receiving 94% percent of votes there.

The subjects of the Russian Federation should, however, be concerned about the future because this strong authority might inspire Putin to reorganise the structure of the Federation. Indeed he has already started working on this—in 2005, Komi-Permyak Autonomous Okrug was abolished and merged with Perm Krai. In recent years, Moscow has implemented an education policy that has decidedly marginalised the use and teaching of the indigenous peoples’ national languages. This is creating a situation in which the indigenous peoples in many regions can no longer speak their mother tongue, or only speak it poorly. This is the case with Karelians and Mordovinians, about 50% of whom cannot speak their mother tongue. This makes us wonder about the need for theatre, plays and the already small amount of journalism and literature available in national languages. What separates these peoples from Russians? Are these artificial national republics even necessary? Moreover, the majority of the national republics require large government subsidies. For instance, 60% of the budget of the republics of Mari El and Mordovia comes from the central government. If they were now to be merged into much larger provinces, the government of these regions would be economically more effective and the population’s income would also grow. All indications suggest that this development strategy is very likely.