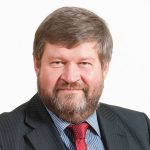 The most obvious action that unmistakably illustrates Byzantine diplomacy is accusing others of what you are doing or are about to do.

One might argue whether there even is such a thing as a particular, clearly distinct Byzantine diplomacy that differs from every other type. However, particular characteristics manifest themselves during different civilisations, cultures and eras that make it possible to group and distinguish between them, which is why I now take the risk of limiting Byzantine diplomacy to being a phenomenon. In doing so, I do not view Byzantine diplomacy as the diplomacy of Byzantium, but rather as a tradition of diplomacy whose  legacy continues  today, in the first decades of the 21st century.
There is no agreement about how diplomacy came into being as a separate field. Negotiations, alliances,  and prisoner exchanges existed even in tribal societies. Ancient rulers  sent  envoys to other rulers with powers to enter into agreements. In the 15th century, Italian city-states regularly exchanged envoys. The word “diplomacy” comes from a Greek root (diploma, meaning “folded paper”), and came into use in its modern meaning only in the 18th century. Charles Maurice de Talleyrand-Périgord is considered the first great professional diplomat, and managed to provide his services to all forms of French rule at the time—the Bourbon dynasty, the revolutionaries, Napoleon, Restoration-period monarchs—while constantly switching sides. Nonetheless, he did manage to negotiate dignified peace terms and the restoration of France’s pre-Napoleonic War boundaries.
All beginnings are inevitably conventional in history, and I propose the year 740 as the beginning of diplomacy and the Byzantine Empire as its place of origin.

What happened in the Byzantine Empire that could not have occurred anywhere else at that time?

Life has shown that if one has power, one does not waste time on ceremony. Hence, if one has a strong army, one does not bother to negotiate. For many centuries after the fall of the Western Roman Empire, the Byzantine Empire remained at the height of its glory and was the leader of the world—the Second Rome. Even the 8th-century Byzantine Empire was very powerful, but its vast territory, long borders and vicious neighbours drained the state both militarily and economically. The Roman legacy started to crumble away as well, and in the 7th century the Byzantine Empire changed from a Latin realm to a Greek one. Something had to be done to reduce the military burden. Naturally, the alternative was found in negotiations and agreements. A so-called Bureau of Barbarians was established and used to manage relations primarily with the barbarians living on the Balkan Peninsula—Bulgarians, Vlachs, et al. In the year 740 the first permanent office dealing with foreign relations was created on the basis of that bureau—a predecessor of the modern ministry of foreign affairs. The task of this office was to find ways of settling both revolts within already subordinate regions and invasions from neighbouring regions in a situation where military power alone was insufficient.
The training of negotiators and interpreters was established. Byzantine envoys were prepared for missions abroad and for receiving foreigners; negotiations were organised, and decisions were made on declaring war and making peace. A logothete was appointed—a foreign minister in today’s parlance. However, in reality, the ruler personally directed foreign policy and the logothete was just a spokesman. Diplomatic customs—formalities, protocol, etiquette—were developed. Formal rules of protocol were very rigid in the Byzantine Empire, and were used to emphasize the might of the state, to make it appear much more powerful than it really was. The ruler decided what could and could not be shown to foreigners. Later on, Russia called this deceptive glory displayed to hide real weakness and poverty a “Potemkin village”. In Byzantine diplomacy, certain methods of communication with foreigners were developed, including relying on the opponents’ weaknesses—such as greed or arrogance. Likewise, bribery, deception, deceit, playing enemies off against each other (“the  enemy of my  enemy is my friend”) and guile were put to use. It can be said that the Byzantine Empire was not the first to apply these methods—earlier rulers knew them as well. However, the Byzantine Empire used them systematically. Perhaps the limits within which diplomacy could be an honest activity (and  whether it could  be honest at all) were already being questioned; meanwhile,  the opposite—to what extent does diplomacy constitute the deception (at least attempted) of the opponent—was also argued.

The Legacy of the Byzantine Empire

Understandably diplomacy did not remain within the borders of the Byzantine Empire, and other countries also learned some lessons from it. Foreign relations became more intensive with the creation of the city-states in Italy and the creation of colonies by the Netherlands, Portugal and Spain, and later by other countries that had the requisite power. With the creation of centralised great powers, rivalries between countries became intense and not all could be resolved from a position of strength. The origins of international law were shaped. These were first formalised in 1648 in the Peace of Westphalia—a foundation that has, for the most part, remained in place ever since.
Even with the Byzantine experience at its disposal, the Western political system did not enable the creation of a centralised foreign policy for some time. The first interrupting factor was feudal fragmentation, but the separation of secular and ecclesiastical powers was also a feature. Power was mostly in the hands of secular authorities, while diplomacy was in the hands of the Church. In the Byzantine Empire both secular and ecclesiastical powers were subordinate to one ruler. In Western countries a similar situation obtained only for a short time in absolutist countries—this could be considered the heyday of Byzantine diplomacy in the West, something that Niccolò Machiavelli dreamt about in his book The Prince. These circumstances most probably caused the differences between Western and Byzantine diplomacy that manifested themselves first and foremost in values and methods. In the modern West, democracy developed alongside public control over the actions of authorities, which inevitably set boundaries in foreign relations and forced the establishment of a public set of rules as well as the consideration of public opinion.
However, Byzantine diplomacy did get a foothold in Russia. Ivan III wanted to make Russia the Third Rome and the legacy of Byzantium was part of this. Despite Russia’s backwardness in other fields, its diplomacy had attained a high level of professionalism in the Tsarist Empire.
Since the Peace of Westphalia, the role of international law has constantly expanded—international legislation and organisations gradually started to regulate the framework of international relations. The 20th century saw the emergence of large international organisations such as the League of Nations and the United Nations, while diplomatic relations were regulated with the signing of the Vienna Convention. This development also showed more clearly than ever before the difference between those countries that wanted closer international cooperation and a fixed set of rules and those states that stood against it and relied on Realpolitik—might is right and the end justifies the means. Realpolitik, however, involves a Byzantine approach to diplomacy—until there is power, diplomacy is irrelevant. If there is no actual power, diplomacy must give the impression that it exists. The goal is the same—the preservation and expansion of the empire by all possible means. In the case of schizophrenic dictators, the dream of ruling the world is also a factor.