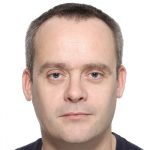 Although tensions at the peninsula seem to be at their zenith, the clear notion that a military option is not realistic still seems to prevail.

The verbal sparring of the colourful leaders might entail strong psychological influencing, but the actual politicians in both Washington and North Korea’s neighbouring countries (Mattis, Tillerson, Moon Jae-in, Xi Jinping etc.) have delivered messages of increasing sobriety. Alas, the developments of the last half-year have given a significant victory to Pyongyang and rather strengthened Kim Jong-un’s power.

Moon Jae-in, who has passed the 100-day-mark in office, is speaking more and more overtly about different projects that call for co-operation with the militant Northern neighbour. At the same time, the South Korean leader has pushed the “red line” farther back, to be able to fulfil his promises about the new Sunshine Policy. Moon should certainly not forget how quickly Kim Jong-un crossed the line established by Donald Trump last fall with the successful testing of the intercontinental ballistic missile (ICBM) Hwasong14. It is a fact that North Korea owns a nuclear weapon and ICBM and it seems that one simply has to accept it. Moon, who sought rhetorical co-operation from the White House, has also had it with the aggressiveness of the Americans, which is confirmed by basically placing a veto on any US activity on the Korean peninsula. The active meddling of the Americans has worsened relations between China and South Korea, the programme to remilitarize Japan is continually in the air. Pre-war hysteria perfectly suits Kim Jong-un, who thereby legitimizes his warmongering policies within the North Korean society and among the power vertical. As the contradictions between Washington and Seoul deepen, Kim Jong-un’s regime buys more time. Following the North Korean media on a daily basis, it could be claimed that anxious media coverage and hysterics are rather the problem of the West in inciting moods of war. Anti-Americanism is the corner stone of the functioning of North Korea and the regime is a virtuoso in serving it to the home public. In addition to the halo attributed by the title of the Great Marshal, Kim Jong-un has also gained support for the country’s improved economic situation.

What happens in the future? North Korea’s regime does not bargain over its nuclear programme, and considering the faith of Libya, it is not likely to sit behind the negotiation table with anybody for some time. The long-term interests of the parties, which mostly entail the preservation of the North Korean regime, have not changed. Regardless of strict sanctions that damage China more than North Korea, back doors are already being used to retain the inflow of goods (read: cash). For example, for some reason, Russian coal is now being shipped to China through North Korean ports and special economic zones. Are the wagons also loaded with coal extracted from North Korea? Russia is significantly easing the access of the North Korean work force (read: slaves) to its labour market. Kim Jong-un will probably relieve tensions for a certain time period because he has achieved a solid “stage win”. Although the joint military manoeuvres of the US and South Korea may temporarily increase tensions again. The preservation of the North Korean regime has not been as obvious as it is now for some time. Kim Jong-un’s greatest fear should be a coup originating from his inner circle, which could be based on the economic interests of the generals and their restrictions. Defectors among the elite have confirmed the possibility of an overthrow in Pyongyang. Activities of the West and South Korea up to now in influencing the country’s information flow and directing the country towards opening up have generally been successful. The objective does not have to be regime change, but the removal of Kim Jong-un and his confidants and granting immunity to the generals by freezing the nuclear programme and placing it under international monitoring. In light of the whole nuclear topic one should not forget North Korea’s human rights violations. This country is still the world’s largest prison where even the most elementary rights and freedoms are not guaranteed. We are not talking about freedom of speech, etc., but about the right to perform your daily dealings in the society without losing your life. Uniting the two Koreas is unrealistic; sooner or later North Korea will become a transitional state similar to Myanmar. All of this can and should be supported abroad to the extent that ensures achieving those objectives peacefully and protecting the interests of nearby neighbours. Maybe “do nothing” is currently the best strategy for stabilising the situation.