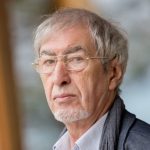 Most readers will have been shocked by President Vladimir Putin’s decision to launch wage large-scale war on 24 February. They will also have been shocked to learn about the crimes that Russian troops have committed in the so-called ‘special military operation’ zone. And they will have been shocked for a third time upon reading the results of the surveys conducted by the Levada Centre and others showing 80% approval levels among Russians for Putin’s and the military’s actions.

As a senior researcher at the Levada Centre, I would like to comment on this last aspect. (This commentary was written in late April: the situation in the conflict zone, in Russia, and in the world may have since changed dramatically.)

The story the numbers tell

Let us begin with the level of approval of the Russian public for President Putin’s actions. Post-1991, the social and cultural climate in Russia has been characterised by rising resentment and a persistent fear of the country’s further dissolution. These feelings were instrumental in replacing the ‘weak’ Yeltsin with a strongman. They conditioned the population for the rise of Putin, who was entrusted with guaranteeing the nation’s survival, and granted him a 60% advance approval rating. Since the year 2000, his approval has rarely fallen below 60% — this level has been his baseline. The victory in the Georgian war in 2008 and the annexation of Crimea in 2014 propelled his approval numbers up to nearly 90%. Putin was seen as challenging the West and thus making Russia a great power.

In late 2021, his approval had been stalled at 65 +/- 2% for several months. The first sign of confrontation with the US and NATO had, by late April, boosted his popular support to 83%. It is commonly understood, both in Russia and abroad, that Russian polling figures are unreliable and exaggerated. But we have verified them. They are as accurate as any polling data can be. The issue is not the validity of the surveys, but the extraordinary state of public opinion. If the Russian public comes to believe that the president has won another victory over the country’s enemies, his approval may grow even higher.

On the qualitative side, the Levada Centre’s in-depth research indicates that since the military campaign in Ukraine began, the public has revised the meaning it attaches to the office of the president. History has seen such developments before. In 2013, Putin was widely criticised by the public, yet his successful campaign to annex Crimea saw him rebranded as a warrior and defender of the nation. From 2018 to 2020, his appeal diminished; but with the current developments he has been re-imagined as a charismatic leader and a brilliant strategist of extraordinary ingenuity. The very fact that his action was entirely unexpected, and contradictory to basic notions of rationality and legality (which was widely debated), was later reinterpreted by the Russian public not as a mistake or a miscalculation, but as evidence of levels of political wisdom unattainable by dull minds. Ordinary Russians view him as a priori superior to other political leaders — whom in turn the Russian public seeks to discredit and humiliate. Unlike the Western public, the Russian people have not respect but utter contempt for Ukraine’s president and the leaders of all NATO member states.

Russians also endow their armed forces with a unique, historic mission, which makes any proper conversation about the military aspects of the campaign in Ukraine impossible. Led by their Commander-in-Chief, the Russian army fights evil – and Western nations, the people believe, are the historical embodiment of evil. Russians deny agency to the Ukrainian armed forces. In their view Ukrainians are acting either on foreign orders or are blindsided by foreign ideology (such as ‘Nazism’). Ukraine has not – at least not yet – been perceived as a ‘real’ military adversary by the average Russian.

As regards public support for the Russian troops’ behaviour in Ukraine, it must be stressed that Russian people operate on information that mostly diverges factually from that of the West. Even when the same facts are available, they are assessed in dramatically different ways. The interpretation of the atrocities committed by the Russian military prevalent in the Ukrainian and Western media, for example, is illegal in Russia. The images from Ukraine broadcast on Russian TV are meant to inspire pride in the Russian army and incite hatred toward the enemy. The armed forces were a rather trusted institution in modern Russia in peacetime. The recent developments have only solidified this public trust.

While there is a dramatic difference in perspectives between Western and Russian viewers, there are some similarities too. For example, both sides have an obvious predisposition for building a new ‘wall’ or casting a new ‘iron curtain’. Both sides share the desire to self-isolate – from Russia in the West and from the West in Russia. And many ideologists, and the general public, seem convinced that any ambition for rapprochement between Russia and the West is doomed, and that their breakup is final.

It is clear to all that the relationship between Russia and the West is worse today than it has been in the past one hundred years. A severe blow has been dealt to relations between neighbouring nations. Moreover, the toughest times may be yet to come, and to be followed by years of inertia. It is already clear that these nations will not easily forgive the evil done and the wounds suffered.

But history teaches us that people can build bridges over the deepest abyss. I hope that readers will share my conviction that we will build these bridges, and that we can and must start thinking how to do so today. This commentary is intended to serve that purpose.

Filed under: CommentaryTagged with: Russia, West