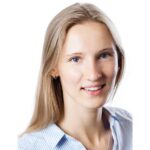 Thirty years ago, the collapse of the Soviet Union opened the door for three Baltic states to step on the pathway to independence, democracy, and prosperity. But the door did not open by itself.

Restoration of independence was achieved, first, with the help of popular uprisings and, second, with the support of the West, including Western readiness to challenge the geopolitical interests of the emerging Russian Federation and accept Latvia, Lithuania, and Estonia into the embrace of the European Union and NATO. The Nordic countries, the northern neighbours of the Balts and historic defenders of human rights and liberties, played an instrumental role in the process.

In 2020, history, to some extent, seems to be repeating itself. Another post-Soviet country, Belarus, signals readiness to leave behind its communist past as personified by the rule of authoritarian leader Alyaksandr Lukashenka, and start a new, democratic page in the country’s history. As it was in the Baltics, the component of popular protests is in place again — but this time, meaningful backing from the West is not. Western support for the pro-democracy demonstrators is missing, despite the unprecedented scale of brutality Lukashenka’s regime has levied against peaceful protesters. Meanwhile, Russia, confronted by the fragileness of Europe’s last dictatorship and winds of democratization at its border, spares no efforts to maintain the Russian Bear’s grip on Belarus. Instead, it is the Baltic countries themselves who are now the moral vanguard urging Western action. My colleagues and I unpack elements of Baltic leadership regarding Belarus and implications for future cooperation in our recent study for the Latvian Institute of International Affairs, “Nordic and Baltic Responses to the 2020 Post-Election Crisis in Belarus.”

Baltic and Nordic Reactions to the Situation in Belarus

In autumn 2020, the Baltic countries, Lithuania and Latvia in particular, became frontrunners in driving the international response to the post-election crisis in Belarus. They kept the issue on the agenda of leading international organizations — including the EU, the Council of Europe, the Organization for Security and Co-operation in Europe, the United Nations (Estonia has been particularly useful in its capacity of a rotational member of the UN Security Council in maintaining international visibility of the Belarus question) — and demonstrated resolve by their own example. A national and regional response was initiated across three countries. The Baltic states jointly blacklisted more than 150 Belarusian officials, including Lukashenka and his eldest son. Even if more symbolic than painful, these actions served both as a punishment tool against the Belarusian regime, and a pressure instrument to the international community, particularly the EU, as the Baltic states urged the bloc to proceed with sanctions.

The Nordic countries, which stood in strong support of the Westernization and democratization of their Baltic neighbours in the early 1990s (they were also the first to introduce visa-free regimes with Latvia, Lithuania, and Estonia), took a modest position in the 2020 Belarus crisis. Sweden, Finland, Norway, Denmark and Iceland were more hesitant to take action than could have been expected, given their history of values-first politics. Nordic responses to the crisis were delivered mostly via multilateral formats. None of the Nordic countries went as far as the Baltics did to directly sanction Belarusian authorities. Furthermore, Sweden, the most active in its relations with Belarus prior the crisis, and Finland, which had recently re-invigorated relations with Belarus, initially favoured a dialogue with Lukashenka. Those positions eventually changed to non-recognition of the regime’s legitimacy and a push for sanctions, in due course.

What Hampers Change in Belarus?

The case of Belarus illustrates that the contexts of geography and prior relationships matter most when it comes to international engagement in crisis situations. For the Nordic countries, Belarus — unlike the Baltic states — had been largely seen as a remote country drawing little consideration prior to the crisis. Most Nordic countries, historically and recently, had limited bilateral relations with Belarus. The Nordic states had mainly engaged with the country indirectly, via international organizations. Therefore, rhetoric became their main foreign policy instrument during the crisis. No doubt, the role of the Nordic countries was instrumental to achieving progress in international formats, for instance, in invoking the OSCE’s Moscow Mechanism (sending a mission to investigate and assist with solving human rights issues) and, in particular, in reaching a consent on the sanctioning policy in the EU. At the same time, their chosen approach clearly indicated lack of interest with respect to a distant country, cooperation with which has never been among the priorities of the Nordic agenda.

On the contrary, the Baltic states are the most immediate neighbours of Belarus. Two of them — Latvia and Lithuania — are particularly engaged with Belarus as they share a common border. In light of this, the dilemma of values and interests had to be considered prior to sanctioning their neighbour. Relative to the rest of the West, it was Latvia and Lithuania — the countries most economically interdependent and bilaterally engaged with Belarus — that took the most radical positions and respective risks to pursue values-based foreign policy. Latvia’s U-turn from a decade of lively dialogue with Belarusian authorities to a gradual blackout is even more surprising. However, economic expediency also seemed to be a consideration, as sanctions from the Baltic states did not directly target the Belarusian economy.

As regards Estonia, the country is more distant and has less cooperation dimensions with Belarus compared to Latvia and Lithuania, furthermore politically Belarus have never been among Estonia’s foreign policy priorities, thus the country likely joined the Baltic alliance more out of solidarity with the neighbours rather than out of a genuine interest in solving the crisis. But no matter what individual motivations and interests were, the three Baltic countries together exceeded expectation and outperformed in the Belarus crisis, putting in Franak Viačorka’s (senior adviser to Sviatlana Tsikhanouskaya) words.

Historical experience likely played its own role in determining the attitudes of the Baltic countries, too. The road from the grip of the Soviet Union to the status of fully fledged members of the Western community has transformed the Baltics into, by and large, Western countries with “Eastern memories.” This aspect grants them a particularly clear understanding of the aspirations of pro-democracy Belarusians and genuine willingness to help.

The Belarus crisis highlighted one more important aspect of country decision making: The prominence of the neighbourhood — which is most affected in cases of crises — is crucial. Influential friends make for significant help. The Baltics had influential neighbours — their Nordic friends — while Belarus so far has had only three Baltic countries. Latvia, Lithuania and Estonia punched above their weight, but still lack political capacity to activate decisive international reactions vis-à-vis the situation in Belarus. The EU’s decision making was slow and the measures taken were insufficient. A lesson learned, therefore, says that larger political alliances with the Nordic countries — but not only with them — are essential in view of future crises. They are especially important for crises related to human rights violations. Enhanced cross-regional interaction will be important also to keep the current crisis on the international agenda and promote further “sticks” policies in response to the regime’s violence. The Nordic-Baltic platform (NB8) is perfectly suited for such regional coordination. Beyond the Nordic-Baltic dimension, hopes are associated with closer transatlantic cooperation between the US and the Baltic states on the situation in Belarus in light of a new foreign policy attitude under US President Joe Biden. In this way, the tiny Baltic countries have the potential to become a moral locomotive for larger players, eventually enhancing their foreign policy portfolio and political impact.

Finally, it seems that the dilemmas democratic countries faced in the wake of popular uprisings during the collapse of the Soviet Union are still in place today. Trade-offs lie not only between economic cooperation and moral causes, but also between doing something and doing enough. In the broader context, the Belarus crisis has yet again underlined that Russia still calls the shots in places both near and far from its borders — however far Belarus’s Western neighbours and the larger Western community is ready to go to defend values they believe in and policies they purse, Russia is probably ready to go even further.

This article was published in ICDS Diplomaatia magazine. Views expressed in ICDS publications are those of the author(s).

The article was originally published by Foreign Policy Research Institute. It draws on a recent report from the Latvian Institute of International Affairs. For the full report see: “Nordic and Baltic Responses to the 2020 Post-Election Crisis in Belarus.”