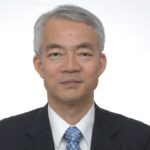 Promotion of cooperation in the Indo-Pacific will serve to connect Europe and Asia. ‘Sincere powers’ should proactively interact with each other and seek to convince the major powers such as China to restrain their behaviour and adhere to the international norms and rules.

Hybrid warfare, disinformation and influence operations are conducted with increasing intensity in the age of renewed great power competition, with China and Russia emerging as key challenges to be managed in Asia and Europe.

In Asia, China has taken an insidious and masked approach encompassing economic coercion, maritime claims and territorial assertiveness, among other tactics. It is increasingly more influential, powerful and coercive in the Indo-Pacific and beyond.

In Europe, hybrid warfare has already been waged by Russia in a rather visible fashion and was instrumental in occupying and controlling land in some neighbouring countries. Although the U.S. – Japan Joint Leaders’ Statement of April 2021 makes many references to China and does not include any reference to Russia in the context of great power competition, Russia is a real challenge to Europe and a factor to be reckoned with in the Indo-Pacific. China’s rise, however, is affecting Russia as well, but in two contradictory ways— by prompting it to keep some distance from China and by incentivising the pursuit of enhanced bilateral cooperation.

Since US President Joe Biden took office in January 2021, there have been major efforts to reaffirm the importance of rules-based international order and rejuvenate a global coalition of democracies. The NATO Summit, the G-7 Summit, the first QUAD (Australia, India, Japan and the US) Summit and numerous bilateral engagements have served as key avenues to advance this agenda. Despite the differences in nuances in the declarations made on these and other occasions, they are all stating the obvious—that we are facing challenges to the rules-based international order and are living in an era of systemic competition which could include cooperation, collaboration, confrontation and conflict.

It is also increasingly clear that there is a major contribution to be made to addressing these challenges by what could be called ‘interactive sincere powers’—countries sincerely and without hidden ulterior motives willing to play a positive role and constructively interact with each other—in building a safer and more prosperous world, based on the rule of law.

To maximise the role of the ‘interactive sincere powers’, there are at least five positive principles to uphold, regardless of the nature of the issue—be it cooperation for economic development, governance capacity building, regional security, cybersecurity, or arms control, disarmament and non-proliferation.

These principles include a) delivering concrete results to support the global agenda through their national implementation, b) taking a demand-driven approach when interacting with developing countries, c) sustaining support even when international attention has been lost, d) providing alternatives among the competing requirements, and e) engaging with the major powers both collectively and individually.

Implementation. It is crucial for the ‘interactive sincere powers’ to fully implement their commitments and comply with international law in good faith as well as to make efforts to explore in earnest possible areas of improvement to the existing international system to address unprecedented global changes. Such powers also need to transform themselves with a sense of urgency and deliver their own concrete achievements. On top of that, collective hard work is required to reverse the trend of eroding respect for norms in the international arena, including the United Nations.

Demand-driven approach and information sharing. ‘Interactive sincere powers’ must pay attention to the diverse needs and priorities of developing countries, interact with their stakeholders (including NGOs, experts and the private sector), and respect and encourage a sense of ownership in a manner that can promote domestic coordination and integration of policy initiatives, including events and programmes. There have been many cases where potentially conflicting endeavours have been simultaneously undertaken on a support-driven basis without knowing the situation on the ground. Creating virtual integrated centres as hubs of joint planning, capacity building and interaction among all the relevant network of actors across a particular region will help make each national focus clearer, integrate different and unknown measures more effectively, and avoid duplication.

Sustainability. ‘Interactive sincere powers’ must sustain support and cooperation even after the focus of major players shifts to new fronts. In this context, they need to invest in human capacity-building and, if necessary, fill the gaps collectively. These powers may continue to take the initiative to sustain assistance in close cooperation among themselves by a division of labour through identifying the players able to share the responsibility in a crosscutting manner.

Active engagement with the major powers. It is important for the ‘interactive sincere powers’ to communicate with the major powers more directly, utilising bilateral opportunities. It is important to articulate concerns not only collectively but also individually, propose areas of improvement to the international system and promote rule-making—particularly in dealing with emerging issues such as cybersecurity and space activities including through UN mechanisms.

Globally and regionally, we have recently seen some positive developments which can be built upon by ‘interactive sincere powers’ to advance the agenda of peace, security and stability based on international rules and norms. Some of these developments stem from accords reached between the major players, but they provide breathing space for the rest and an opportunity to build a new momentum and positive trends in international security.

In arms control and disarmament, this included, since the beginning of the 2021, a five-year extension of the New START Treaty, maintaining hard-earned mechanisms including verification to enable arms control and strategic nuclear arms reduction. This was followed by the US–Russia Summit in Geneva which reaffirmed the principle that a nuclear war cannot be won and must never be fought. This lays a sound groundwork for the postponed 2020 Review Conference for the Treaty on the Non-Proliferation of Nuclear Weapons (NPT Review Conference). In this context, it is important for all states to immediately take concrete measures to enhance transparency and mutual confidence, including by providing frequent and detailed reporting on the implementation of the NPT and opportunities to discuss these reports. (For instance, UNGA resolution 75/71 ‘Joint courses of action and future-oriented dialogue towards a world without nuclear weapons’ tabled by Japan and adopted in December 2020 calls for enhancing transparency in nuclear policy). This will also give a chance for all to know how the nuclear powers understand the world.

Given the size and speed of the impact of borderless and anonymous use of cyberspace for malicious purposes, enhanced and sustainable cooperation will be indispensable to help maintain strategic stability. Both the UN Open-Ended Working Group (OEWG) and the Group of Governmental Experts (GGE) were successful in completing consensus reports in March and May 2021, respectively. Considering the confrontation in 2019, when the two draft resolutions were tabled, these achievements are positive steps forward in spite of remaining fundamental differences in approaches to cybersecurity.

In the Indo-Pacific, the Free and Open Indo-Pacific (FOIP), the vision which Japan has been promoting for years is increasingly supported and acknowledged as an effective tool in dealing with the challenges that require action from ‘interactive sincere powers’. Another good example is the EU Strategy for Cooperation in the Indo-Pacific, which calls for strategic focus, presence and actions in the Indo-Pacific, based on the promotion of democracy, rule of law, human rights and international law. This EU Strategy has been well crafted and has a lot in common with the FOIP such as emphasising inclusiveness, utilising existing mechanisms, working with partners, supporting the global agenda, focusing on maritime security, capacity-building and cooperation in cyberspace, among others.

One note of caution is due here: It is important to know how China understands the rule of law. It would be meaningful to recall how Chinese leader, Xi Jing Ping referred to law in his famous speech in Geneva in January 2017. After stating, “When we have sincere wish, goodwill and political wisdom, no conflict is too big to settle and no ice is too thick to break,” he said, “law is the very foundation of governance”. This is, interestingly, taken from an ancient Chinese philosopher Xun Ji who is famous for his notion of human nature being fundamentally evil. Xi went on to say, “The relevance of law lies in its enforcement.” This shows his focus is on rule by law and governance by law to direct, instruct, or educate people to behave as Chinese leaders wish which was just reiterated in Xi’s speech on the CCP’s 100th anniversary in July 2021.

At the same time, we need to take a serious look at the ability of China to implement what its leaders wish to achieve. They employ and integrate all necessary means including deception and disinformation through persistent and long-term measures. When it comes to the context of asserting what China deems as its ‘core interest’, its leaders continue to make laws and enforce them in accordance with their ‘unique or inventive’ interpretation of international law. For example, in 1992, China introduced its Law on the Territorial Sea and the Contiguous Zone and has introduced several laws since, including the Chinese Coast Guard Law in 2021. Three decades later, we are witnessing dire situations such as unilateral attempts by China to change the status quo in the East China Sea and China’s unlawful maritime claims and activities in the South China Sea. Military bases have been built by China in the South China Sea on a massive scale through reclamation of land after Chinese leaders had articulated they had no plan to build military bases or facilities there.

Sustainable confidence and trust building with China has been and will be very challenging but possible. It is true that accumulating cooperation in such areas as climate change, global health, UN peacekeeping, disaster relief and disarmament treaties will help, but it is high time for China to address the root causes of the vicious circle of mistrust by changing its attitude to international rules-based order.

First, it should enhance transparency in its security policies including nuclear doctrine by utilising at least the NPT process. Second, it should put an end to coercive actions in various parts of the world, including the South and East China Seas. If actions and measures taken by China are real and visible, it will be an opportunity for the ‘interactive sincere powers’ of the Indo-Pacific to come up with the ideas and make specific proposals, in an inclusive manner, that collectively identify areas for improvement to the existing frameworks and for maintaining peace and security in this part of the world in the age of renewed great power competition.

See also a conversation between Professor Nobushige Takamizawa and Kadi Silde, Undersecretary for Defence Policy at the Ministry of Defence of Estonia on arms control, disarmament and non-proliferation from Estonian and Japanese perspectives: