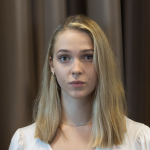 Global tensions between the United States and China peaked following the US House Speaker Nancy Pelosi’s 2–3 August visit to Taiwan. People around the world held their breaths as speculations over a possible US – China war mounted. The visit concluded peacefully as Pelosi left Taiwan. High tensions remained.

The pattern of escalation which was unleashed following the visit will be very hard to roll back. China’s live-fire military drills, similar to those conducted between 30 July and 10 August, may now become a ‘regular occurrence’. Pelosi’s visit marked the emergence of a ‘new normal’ for the future, in which an ever-larger Chinese military presence around Taiwan can be anticipated.

Only seemingly far away, the recent developments in the Taiwan Strait will have considerable impacts on Europe. What can the European Union do?

Europe’s Economy on the Line

Taiwan Strait, the waterway between Taiwan and China, is among the busiest global shipping lanes. According to the EU’s 2021 Indo-Pacific Strategy, tensions in the Taiwan Strait may have a direct impact on European security and prosperity. A joint EU-US statement in 2021 also affirmed the critical importance of China respecting the UN Convention on the Law of the Sea (UNCLOS), ensuring freedom of navigation and overflight in the Strait of Taiwan.

Any disruption to the trade and supply chains in the Taiwan Strait risks serious economic consequences for the EU. The Strait of Taiwan is the primary route for ships carrying goods to European markets from all over Japan, South Korea, China and Taiwan. China is the EU’s second biggest source of imports and its largest export market. Taiwan has a critical role in the global technology supply chain, making Europe’s technology sector heavily reliant on its semiconductor production and computer chip assembly. According to data compiled by Bloomberg, 88% of the largest container ships in the world by tonnage have passed through the Taiwan Strait this year. The significance of this waterway is hard to overstate. In the event of war breaking out over Taiwan, estimates have suggested the European economy would take a toll comparable to the 2008 financial crisis.

While primarily aimed at punishing the US and Taiwan, China’s bellicose response to Pelosi’s visit was felt globally. Shipping traffic and international flights were disturbed due to China’s military drills in seven large zones surrounding Taiwan. Gas suppliers had to reroute and slow down. For Europe, this means ripple effects of increased costs. China’s military drills caused significant delays in global air travel. The military exercises were an attempt to demonstrate China’s ability to blockade the island, yet Taiwan’s permanent representative in Brussels, Tsai Ming-yen, advised people not to worry, saying, “Taiwan has made adjustments to temporarily adjust sea and air transportation”. While the end of military exercises might mean a halt to disruptions, the crisis has highlighted China’s willingness to use its geo-economic influence to punish its adversaries.

The Chinese military has promised to continue regular drills in the area. On 10 August, China released a White Paper vowing to take the island by “the use of force” if necessary. If these statements are to be taken seriously, impacts of disruptions on global shipping lanes will be felt in the European markets.

Europe’s Security Is Interlinked with Taiwan

In addition to the economic consequences caused by tensions across the Taiwan Strait, European security has skin in the game. China might be seeking additional levers to punish the US for Pelosi’s visit. Jonathan Eyal has argued that this might involve accelerating Russia-China ties, which even before Pelosi’s visit were getting friendlier, constituting a partnership with “no limits”.

The new NATO Strategic Concept of 2022 adopted at the Madrid summit also highlights this risk. The “deepening strategic partnership” between China and Russia is a source of concern for the US, as it has the potential for coordinated dual-front attacks against its allies in Europe and Asia simultaneously.

For Europe, this means a potentially increased Russian threat. China has already helped Russia mitigate the impact of Western sanctions by creating a parallel financial infrastructure and buying more fossil fuels (albeit at discounted prices). Support has also taken the form of joint military trainings and arms transfers. China might ramp up help to Putin’s Russia, Europe’s primary threat, in an attempt to bog the US down on the old continent and diminish its power in the Indo-Pacific. Therefore, Taiwan’s security is linked with that of Europe.

What Could the EU Do to Advance Its Interests?

Mixed signalling does little to advance the EU’s interests in the Indo-Pacific. In July, the EU’s ambassador to China, Jorge Toledo, controversially stated that the European Union supports the “peaceful reunification” of Taiwan with China and “does not defend Taiwanese independence”. Even though the statement did not constitute a formal departure from the EU’s interpretation of the “One China policy”, it has been heavily criticized for paying too much lip service to the PRC’s narrative.

Following Pelosi’s visit, as there was no statement exclusively from the EU, High Representative Borrell coordinated his position with the US and other allies in a joint statement adopted by the G7 foreign ministers on 3 August. There is “no justification” to use a visit “as a pretext for aggressive military activity”, the statement read, attempting to diffuse tensions by calling China’s bellicose actions unnecessary. On the margins of the 4 August ASEAN summit in Cambodia, EU high representative Borrell stated that the transatlantic partnership was now “stronger than ever” and “important for the events in the Indo-Pacific”, ahead of a meeting with US secretary of state Antony Blinken. The sides discussed events in the Taiwan Strait. Considering very recent events, Europe seems to be moving away from ambiguity on Taiwan and towards coordination with its number-one security partner: the US. A closer transatlantic partnership on Indo-Pacific matters would serve to advance the EU’s security interests, opening avenues for coordinated deterrence on Russia and China.

Reiterating the Need for the PRC to Uphold UNCLOS

In pursuit of Europe’s interests concerning a free and open Taiwan Strait, it could state its positions even more strongly. The EU could independently reiterate the need for the PRC to adhere to the international laws it has signed up to, such as the UN Convention on the Law of the Sea (UNCLOS).

Under the UNCLOS, which China ratified in 1996, within international waters and high seas, all states and their vessels enjoy freedoms of navigation and overflight (Article 87, UNCLOS). China can claim “sovereignty” over a 12-nautical-mile territorial sea off its coast in the Strait (Article 3, UNCLOS), but it has no legal right to disturb the freedoms of navigation of vessels in international waters, located in the middle of the 81-mile Strait (measured from the narrowest point). The drills, which reached international waters, disrupted the freedom of navigation granted by UNCLOS. This is a dangerous precedent. The EU should make clear that the PRC must ensure that the key waterways remain open.

The EU “supports Taiwan’s meaningful participation” in multilateral fora, despite the absence of formal diplomatic relations. Trade relations could be a suitable avenue to increase support for Taiwan’s economy, which is facing pressures from China. The EU could deepen its annual Trade and Investment Dialogue (TID) with Taiwan. Negotiations on a new EU-Taiwan free trade agreement would be a good start, as Taiwan’s deputy minister of economic affairs, Chen Chern-Chyi, has suggested. From a purely economic standpoint, such a deal would have a positive impact on the European technology sector, potentially attracting Taiwanese investment in Europe’s semiconductors. More importantly, the free-trade agreement would support democratic and like-minded Taiwan, as the EU is Taiwan’s fourth-largest trading partner.

Taiwan might be far away from Europe, but it is not worlds apart. Conversely, European security and prosperity is interlinked with that of Taiwan. It is time for Europe to act based on its interest in a free and open Taiwan Strait.

I would like to express my gratitude to Prof. Steven Blockmans for all his assistance on this commentary, including valuable ideas, emends, and suggestions.