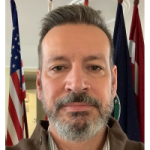 The sixth brief in the “Russia’s War in Ukraine” series concerns the war at sea.

Captain USN (ret) William “Bill” Combes, the Director of the Department of Leadership and Management Studies at the Baltic Defence College in Tartu, Estonia, examines the activities and the role of Russia’s Black Sea Navy since 2014, and particularly after 24 February 2022, including the blockade against Ukraine, as well as Ukraine’s naval and coastal defence.

He assesses that the loss of the air defence and command functions associate with the flagship Moskva and the damage to other ships that carry land-attack missiles has eroded Russia’s ability to maintain sea control and reduced its naval-based strike capabilities. He concludes that what Ukraine really needs is direct naval assistance.