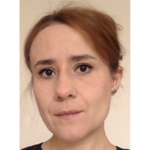 The Berlin Plus agreement did not really resolve the tensions between NATO and the EU, and it no longer corresponds to the current strategic situation.

Many recent events, including the Trump presidency, the EU Strategic Compass and the AUKUS treaty, are indicative of the tensions running through the EU-NATO relationship since its institutional establishment in the 1990s. Those tensions revolve around the reliability of the transatlantic alliance by questioning the maintenance of the American presence in Europe and the burden-sharing between Allies, but also the degree of autonomy or even independence of European defence vis-à-vis NATO and the United States.

Berlin Plus: Obsolete Since its Conceptualisation?

The Berlin Plus agreement is the current framework for NATO-EU relations. It lays the foundations for cooperation between the two organisations, particularly in regard to command arrangements and operational planning support. In practice, these allow the Alliance to support EU-led operations in which not all NATO member states are engaged.

Signed in 2002, the agreement did not really resolve the tensions between the two organisations, and it no longer corresponds to the current strategic situation. Indeed, in the early 2000s, NATO and the EU had adopted a comprehensive approach to security. Both organisations were moving towards crisis management missions and peacekeeping operations located mainly outside the Euro-Atlantic area. Moreover, Berlin Plus aimed to institutionalise the links between the EU and NATO that were non-existent during the Cold War. This agreement was also part of NATO’s re-legitimisation strategies: it was designed to create links with existing organisations to prove NATO’s relevance and ensure its sustainability.

But for the EU, Berlin Plus also meant, after the failure of European states to reach an agreement to intervene in former Yugoslavia, the abandonment of the construction of an autonomous European defence. It also revealed tensions between Member States since—for the most staunch Atlanticists among them, such as Great Britain, Denmark or the Netherlands—it was inconceivable to envisage a truly autonomous, let alone independent, European defence.

Nevertheless, this agreement has proven its limits and its inability to meet the needs of partners because it has been used only twice since its signature, and each time simply to take over from existing operations in the Balkans. Indeed, the EU Member States do not use it for both political and practical reasons, in particular: this operational facility is considered too cumbersome and they prefer to use national headquarters (the Mont-Valérien in France for EUFOR-Chad or Rome for EUNAVFOR Sophia).

In addition, the NATO-EU relationship is dependent on the conflict between Cyprus and Turkey. Indeed, the Turkish authorities want to be guaranteed that the EU cannot benefit from automatic access to NATO assets for an operation which does not have the approval of all Alliance members. Moreover, Cyprus does not have a security agreement with NATO on the exchange of classified documents, but despite Turkey’s opposition, it participates in official NATO-EU summits.

Finally, NATO-EU relations came up against the issue of Brexit. The post of deputy commander of NATO, D/SACEUR, has traditionally been held by a Briton. However, having a commander from a country that is no longer a member of the EU to conduct European operations is problematic.

Towards an Informal and Pragmatic Cooperation?

Meanwhile, the EU has developed its own defence cooperation tools. This is mainly due to recent dynamics such as terrorism, the aggressive posture of Russia, the budgetary crisis which calls for cooperation to generate economies of scale, doubts about the American commitment in Europe (under the Trump administration but it started with Obama’s “pivot”), but also of the departure of Great Britain from the EU.

Two initiatives marked this renewal of European defence: the creation of the European Defence Fund and the activation of PESCO (Enhanced Permanent Cooperation) provided for by the Treaty of Lisbon to develop the defence capabilities of EU Member States and adopted by twenty-five Member States in 2017. However, for some Atlanticist states of the EU, the latter must also strengthen crisis management capacities and prepare for high-intensity conflicts and territorial defence within the framework of NATO.

Against this background, Berlin Plus has not been amended despite its many caveats and any attempt to change it has resulted in policy statements because of the complexity of the process.

However, rather than updating the Berlin Plus agreement, it would be more appropriate to consider the development of a functionalist strategy and to build on the existing cooperation which already exists outside the Berlin Plus framework. For instance, NATO and the EU have worked together on sectoral issues. Indeed, NATO’s Operation Active Endeavour acted as a support for EUNAVFOR Sophia in monitoring migratory flows. The two organisations also cooperate on cyberdefence and cybersecurity with NATO Computer Incident Response Capability and the Computer Emergency Response Team for the EU Institutions.

In addition, NATO, as an intergovernmental organisation devoted to military and security issues, needs the capacities of the EU to be operational, especially regarding the rapid movement and deployment of troops across Europe. That is why the NATO Secretary General participated in a meeting of the European Council in May 2021 to discuss if EU funds could be used for the development of infrastructure (roads, bridges, railways…). This proves the necessity to nurture the dialogue between the two organisations on the civil aspects of security and defence.

Hence, the spirit of this functionalist method is mainly pragmatic, and its goal would be to develop and determine specific areas where cooperation is wanted and feasible, in an ad-hoc manner with coalitions of good-will, rather than trying to elaborate a new institutional framework whose negotiations would certainly awaken tensions over burden-sharing, the Turkish-Cypriot conflict or European strategic autonomy.