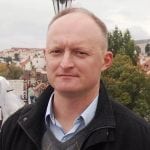 Within the last four years, i.e. the period of direct aggression of Russia against Ukraine, the Russian private military companies (PMCs) have become an inseparable military attribute of the Kremlin’s policy aimed at pursuing its own agenda abroad, using the methods that are nowadays commonly regarded as hybrid.

Moscow’s current intensified involvement of the soldiers of fortune is defined by the following features:

Since 2014, the participation of Russian militants belonging to entities officially known as PMCs has been observed both in the Crimea and in the east of Ukraine: PMC Wagner, E.N.O.T., Moran Security Group, Cossacks, Tiger Top Rent security, МАR.

One theory is that the PMC Wagner has become the successor of the notorious Slavonic Corps Limited, which put in an appearance in a number of operations aimed at the protection/forceful taking of oil deposits on the territory of Syria in 2013. Essentially it ceased to exist in late 2013 after a conflict with the Federal Security Service and the arrests of its most active participants and leaders in Russia (in spite of the fact that the Slavonic Corps Limited was officially registered in Hong Kong). However, quite soon this unit was reanimated under the command of Dmitry Utkin, the officer of the GRU who started using Wagner as his code name. By the way, having been officially dismissed from service in the rank of a lieutenant colonel, he was performing a contract in the Moran Security Group, including on the territory of Syria in autumn 2013. Thus, the unit that is currently referred to as PMC Wagner started to accumulate mercenaries from different fringe organisations listed above, under the operational command of the GRU (to accomplish specific missions in the Crimea, and later on also in Donbas and Syria).

The following activities should be emphasised among the specifics of operations of the PMC Wagner (this name has been given to it by the media, since this unit is not registered anywhere legally, explicitly, and officially):

Thus the intensification of the Kremlin’s use of PMCs abroad has coincided with the annexation of the Crimea. As a consequence of the euphoria resulting from the “brilliant” (as the Kremlin saw it) Crimean Campaign, the Crimean model was projected onto other territories in the south-east of Ukraine, where Moscow miscalculated by not foreseeing the scale of resistance of the Ukrainians.

The PMC Wagner was actively involved in Donbas. After the 1st and 2nd military occupation corps (the structural units of the Armed Forces of the Russian Federation) were formed on the temporarily occupied territories of Donetsk and Luhansk Oblasts, the process of seasonal migration of mercenaries from the PMC between Donbas and Syria started.

The last telling defeat of the Russian troops from the PMC Wagner by the American-Kurdish forces in Deir ez-Zor, Syria, and the subsequent discussion in the Russian State Duma about the recognition of PMCs in terms of legislation were all, in one way or another, the aftermath of the occupation of the Crimea in 2014, in which PMCs have played one of the key roles.

The current format of the war in Donbas, just like the format of the operations in Syria, make it impossible for the Kremlin to resolve the issue by means of PMCs alone. The legalisation of the latter in Russia will simplify the process of recruitment, training, involvement, treatment, and honourable burying (making publicly visible payments of benefits to their relatives) of the mercenaries patronised by PMCs for the Russian defence establishment down the line of the GRU. At the same time, it will cause additional problems connected with covering up military crimes.

In Ukraine, relevant measures have been taken to collect data about Russian war criminals acting on Ukrainian territory in the format of PMCs. The Security Service of Ukraine has identified over 1,500 people from PMC Wagner alone that have been involved in military operations in Ukraine and Syria.