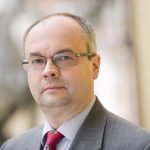 On the web site of the Institute of Modern Russia, a New York-based think-tank, Matthew Bodner published on August 26 an analysis of Russia’s military capabilities that could be employed in an eventual adventure in the Baltic Sea region. Everyone familiar with the topic can only agree with his sketch of military balance. On sea, the ships of the Russia’s Baltic Fleet “…are in poor condition, have been largely demilitarized since the fall of the Soviet Union, and the Russian exclave of Kaliningrad is too isolated to support a large fleet.”1 In the air, Russia’s assets are “…in questionable condition. Its bomber fleet of Tu-95s, the mainstay fleet, has been grounded since early June, with a small period of activity between two crashes that occurred during routine training exercises. These crashes have been accompanied since June by similar losses of MiG-29 fighters and of Su-24 and Su-34 fighter bombers during training exercises… This is a shocking rate of failure, attributed by analysts largely to Russia’s poor track record of maintaining and caring for its aircraft, as well as the sorry state of pilot training in the wake of the Soviet Union’s collapse.” Bodner concludes: “…if a war in the Baltics were to break out, NATO would have every chance of winning in the end.”

There is, however, one aspect in Bodner’s train of thought that deserves highlighting: strategic-political context of his operational scenario. According to the scenario, “… the strategic bombers hit their first round of targets, disrupting NATO’s ability to understand what was going on and hindering its ability to react,” after which “the Russian air force could expand its attack to include ground-based anti-aircraft missile systems in the Baltics.” So far so good, and perfectly consistent with the notion that “air power is the military arm used to launch campaigns in modern warfare.” But then Bodner continues: “Smaller tactical aircraft such as Sukhoi Su-34 fighter bombers armed with anti-radar missiles—rockets that home in on signals emitted by radar stations—would then join the attack, … striking radar stations in Norway, Denmark, Germany, and perhaps even non-NATO countries such as Sweden and Finland.” (Emphasis mine)

And there’s the rub! For Russia, the strategic rationale for a military adventure in the Baltic Sea region is “to split the NATO alliance and show that the vaunted Article 5 provision of the Washington Treaty…is a false promise.” Russia’s plan could be capitalizing on public reluctance in some Western European nations to use force in the defense of their allies: according to the Pew Research Center’s Spring 2015 Global Attitudes Survey, 58% of Germans, 53% of the French, and 51% of Italians think their country should not use military force if Russia attacks one of its NATO ally neighbors. In this context the last thing one wants to happen is to cause direct casualties in “swing countries” and stiffen their resolve to resort to the military option.

In other words, intimidating NATO and calling its Article 5 bluff has a vague chance of success only if a “polite green men”-type scenario is employed. If a conflict were to escalate beyond the three Baltic states—with Russian missiles killing German civilians, for example—it would be politically impossible to turn a blind eye to the situation, pretending for instance that it’s only a handful of Russian-speaking housewives voicing their perceived grievances.

In the context of the quagmire of hybrid warfare, Russia may have hopes for limited initial success, but in escalation to larger-scale conventional scenarios bringing war to the doorsteps of Hamburg or Copenhagen, let alone Stockholm or Helsinki, it would be doomed.
______
1 All direct quotes are from Bodner’s original posting